The Only Way Out: Repentance toward God, Faith toward our Lord Jesus Christ (Acts 20:21) and Obedience to the Holy Bible which is God's Word. What we need in our leaders is humility before God and bedrock faith in our Lord Jesus Christ because we cannot do it on our own. Our foolish pride has waylaid us and in our folly we have looked to the genius of man and discovered that we have fallen into a trap of our own making. We have set up our own gods made in our image and have lost our way. Malcolm Muggeridge, former Marxist, celebrated writer, broadcaster and actor who converted to Christ stated: "Christ is the only answer to an insane world, they need to understand that the trouble with the Western Civilization is not economic but mere good and evil. They are thinking they can make things work by politics, inventions, but man will never live on this planet without God." - Pastor Max Solbrekken 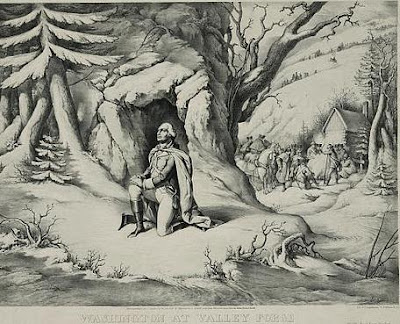 Former Clinton Adviser Erskine Bowles: ‘Fiscal Cliff’ May Be a $7 Trillion Disaster for US
Thursday, 12 Jul 2012 11:42 AM
By Forrest Jones

U.S. policymakers will fail to deal with a sharp fiscal adjustment coming at the end of the year and risk sending the country spiraling into a disastrous recession, says Erskine Bowles, former chief of staff to President Bill Clinton.

At the end of the year, tax breaks, including the Bush-era tax cuts, expire, while automatic spending cuts kick in.

The combination of the two occurring at the same time, known as “the fiscal cliff,” could siphon $500 billion out of the economy next year alone and $7 trillion over a decade, according to some estimates.

Congress must act to adjust the timing or scope of the fiscal adjustments, but likely won't deal with tax and spending issues in an election year, says Bowles, co-chairman of the National Commission on Fiscal Responsibility and Reform with Alan K. Simpson, a former Republican senator from Wyoming.

"If I had to tell you the probability, I'd say the chances are we are going over the fiscal cliff. I hate to say it, but I think that's probably right," Bowles tells CNBC.

"We worked hard to try to get common sense to overrule politics, and that's a tough thing in Washington."

Many have predicted Congress won't address the fiscal cliff until next year after elections.

Then, the White House and Congress will likely work quickly to adjust tax hikes and spending cuts though retroactively from Jan. 1.

If they don't work fast, Bowles says, the country will slide back into a recession.

"If they don't turn around very quickly and fix it shortly thereafter, then I think it could be really a disaster for the country. It's $7 trillion worth of economic events. It will have an effect of 1.5 percent decline in GDP next year. That's enough to put us back into a recession," Bowles says.

"This is not only the most predictable economic crisis in history, it's the most avoidable if we just come together and put partisanship aside and pull together."

Calling deficits "a cancer" Bowles says the country must work to improve its fiscal health.

"Mandatory spending is principally the entitlement programs — Medicare, Medicaid and Social Security. What that means is every single dollar that we spent last year on these two wars, national defense, homeland security, education, infrastructure, high value-added research, every single dollar was borrowed and half of it was borrowed from foreign countries," Bowles adds.

"That is crazy. It's a formula for failure in any organization."

Simpson and Bowles made recommendations to narrow deficits through President Barack Obama and members of Congress refused to follow up on the proposals.

Now is not the time to blame, Simpson says, as the problem of too much spending is decades old.

"People will often say 'how did we get here?' It's easy how we got here. We were told to bring home the bacon for the last 70 years," Simpson says.

"Go get the highway, go get me some money, go raise this, do this and do this and you got re-elected by bringing home the bacon and now the pig is dead."
Bowles and Simpson were making their comments on CNBC alongside legendary investor Warren Buffett, who says he has faith in the country's leaders to do the right thing, though sooner would be better.

"I'm a huge bull on the country. This country works overtime, and we'll do the right thing in the end — we just shouldn't wait until the end. I still think that the luckiest person that has ever born in the world is the baby born in the United States," Buffett says

"I am a bull on America but I think we have to run it right."

Some say the fiscal cliff is affecting the economy today by fueling worries among businesses and increasing their reluctance to hire.

“The biggest fear at the moment is that Europe will unravel, but concern that policymakers may let the nation go over the fiscal cliff is mounting,” says Mark Zandi, chief economist of Moody's Analytics, according to CNNMoney.

“The job market isn't going to kick into high gear until Europe's problems and our fiscal issues are [better] nailed down.”
Posted by Max Solbrekken at 11:08 AM