“For God so loved the world that He gave His only begotten Son that whosoever believeth in Him should not perish, but have Everlasting Life.” Amen.
Posted by Max Solbrekken at 12:17 PM 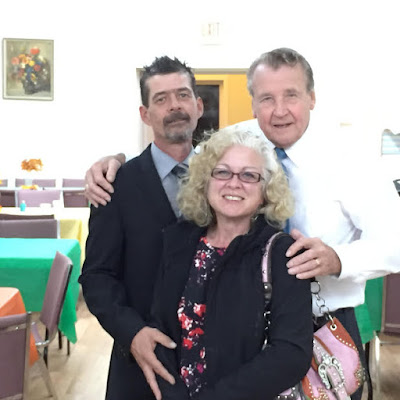 
St. John declared: “And many other signs truly did Jesus in the presence of His disciples, which are not written in this book: But these are written that Jesus is the Christ the Son of God; and believing ye might have life in His name.” (John 20: 30, 31). Amen.
Posted by Max Solbrekken at 10:28 AM 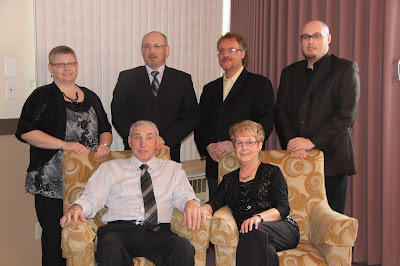 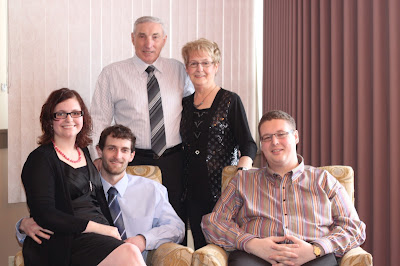 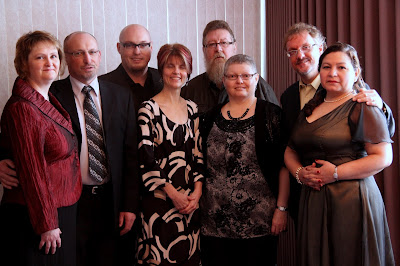 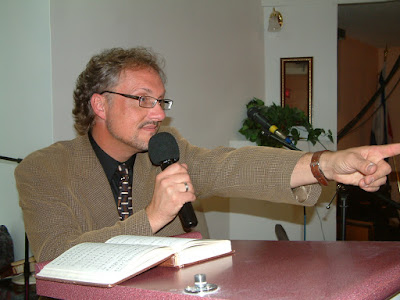 DOES CHRIST'S GOSPEL REALLY WORK?
By Pastor Max Solbrekken, D.D.
The Adam Milley family attended our 1971 Lewisporte, Nfld Revival. The Holy Spirit was convicting of sins and inviting souls to come to Jesus. I said, "If you won't do it for yourself, do it for your family." About to leave the meeting, Adam stopped near the door, turned around and with his family knelt at the altar.
His entire family are now in the Ministry. Dean was the Black Sheep of the family. He had planned suicide because of his sinful lifestyle, but was drawn to the 1988 Pentecostal Conference where I was preaching and ministering to the great assembly.
JESUS delivered him from demons. For the past 15 years he has worked as a Missionary in Peru with a church that has won 60,000 souls to Christ. Dean recently married Dr. Ruth, a dentist, whose clinic helps the poor. He works on their souls while she works on their teeth. Praise the Lord!
What does this teach us? We are chosen by God from before the foundation of the world. He knew us before we knew Him. That is the Prevenient Grace of God. He loved us before we loved Him. Although God knew from the beginning who would believe on His Son Jesus Christ to Eternal Life, He still calls everyone to be saved.
The Bible says: "...He isn't willing that any should perish, but that all should should come unto repentance." (2 Peter 3:9). All those who will ultimately be lost, have had an opportunity to be saved. What is the sin that condemns them? Their rejection of Jesus Christ as their Lord and Saviour!
Our Lord has revealed Himself to us all through His creation: "For the wrath of God is revealed from Heaven against all ungodliness and unrighteousness of men, who hold the Truth in unrighteousness. Because that which may be known of God is manifest in them; for God hath showed it to them.
"For the invisible things of Him from the creation of the world are clearly seen, being understood by the things that are made, even His eternal power and Godhead; so that they are without excuse." (Rom.1: 18-20; Heb.1:10)
TWO GREAT TRUTHS!

St. Paul brings out these two great self evident truths. First, God has created mankind with an intellect smart enough to understand that he didn't just happen by himself, and that the universe didn't just happen of itself.
We were made through a physical sexual union between our mother and father. And the universe was made through an act of creation by a higher power than ourselves. And that Higher Power is the same ONE who gave our parents to power to procreate.
How do we know this? Two ways: We see the creation around us and being intelligent human beings, we know it was made by a more superior mind than ours. And Jesus Christ, our Creator has revealed this truth unto by His Holy Spirit!
Here is the clincher: Because that which may be known of God is manifest in them; for God hath showed it to them.
Human beings have fallen into a subtle trap created by Satan, the enemy of God and man. The Devil (Liar) has blinded the minds of God's special creation, man. He has foisted on us the flawed philosophy that we came into existence by chance and that we are really our own god! That is how the damnable, atheistic theory of evolution came about! I call it idiotic, stupid, arrogant PRIDE!
Here is the verdict: "So that they are without excuse! No one is exempt. The Bible says: "All have sinned and fallen short of the glory of God. There is none that is righteous, no not one." (Rom. 3:23). The good news is that there is HOPE for all: "The wages of sin is death but the GIFT of God is eternal Life through Jesus Christ our Lord." (Rom. 6:23). Trust Him today, my friend! Amen.
Posted by Max Solbrekken at 12:21 AM

The Bible says: “The other disciples therefore said unto him, We have seen the Lord. But he said unto them. Except I shall see in His hands the print of the nails, and put my finger into the print of the nails, and thrust my hand into His side, I will not believe.
“And after eight days again His disciples were within, and Thomas with them: then came Jesus, the doors being shut, and stood in the midst, and said, Peace be unto you. Then saith He to Thomas, Reach hither thy finger, and behold My hands; and reach hither thy hand, and thrust it into My side: and be not faithless, but believing.
“And Thomas answered and said unto Him, my Lord and my God. Jesus saith unto him, Thomas because thou hast seen Me, thou hast believed: blessed are they that have not seen, and yet have believed.” (John 20: 25-29)
Zechariah prophesied that a fountain of blood would be opened when Messiah would die as the Lamb of God for the sins of the world: “In that day there shall be a fountain opened to the house of David and to the inhabitants of Jerusalem for sin and uncleanness. And one shall say unto Him, WHAT ARE THESE WOUNDS IN THINE HANDS? Then, He shall answer, Those with which I was wounded in the house of My friends,” (Zech.13: 1,6)
“But when they came to Jesus, and saw that he was dead already, they break not His legs. But one of the soldiers with a spear PIERCED HIS SIDE and forthwith came there out blood and water. And he that saw it bear record, and his record is true: and he sayeth that he KNOWETH it is true, that ye might believe.     "For these things were done, that the Scripture should be fulfilled, A bone of Him shall not be broken. And again another Scripture saith, They shall look on Him Whom they PIERCED.” (John 19: 33-37)
After Jesus appeared to Saul of Tarsus in a blinding LIGHT, the hate-filled .Jewish Enforcer spent more than forty years preaching Christ's Gospel to Jews, Greeks and Romans. And he founded the Church  across the Gentile World, before giving his life as a Martyr for his Saviour!
St. Paul stated: “Blessed be the God and Father of our Lord Jesus Christ, Who hath blessed us with all spiritual blessings in Heavenly places in Christ: In Whom we have Redemption through His Blood, the forgiveness of sins, according to the richness of His grace.” (Eph.1: 1,7).
St. John declared: “But if we walk in the Light, as He is in the LIGHT, we have fellowship one with another, and the BLOOD of Jesus Christ His Son cleanseth us from all Sin.” (1 John 1: 7)
A Gospel song says it all: “There is a fountain filled with blood, drawn from Emmanuel's veins and sinners plunged beneath that flood, lose all their guilty stains!” And just to remind you, “...Greater is He that is in you, than he that is in the world.” (1 John 4: 4). Amen.
Posted by Max Solbrekken at 6:06 PM