Pine House Gospel Band in Saskatoon on March 5 & 6. The First Nations Gospel Jamboree this past weekend hosted by Allan Beaver in Edmonton were very exciting as were the Ronald Maresty Memorial Services in Meadow Lake, SK. The wonderful God-given talents that have been showered upon Canada's First Nations' people is enormous. My husband spoke at both events with great conviction and anointing and many people were helped by the Lord! - Donna Solbrekken 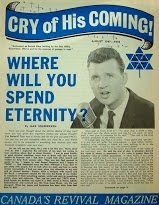 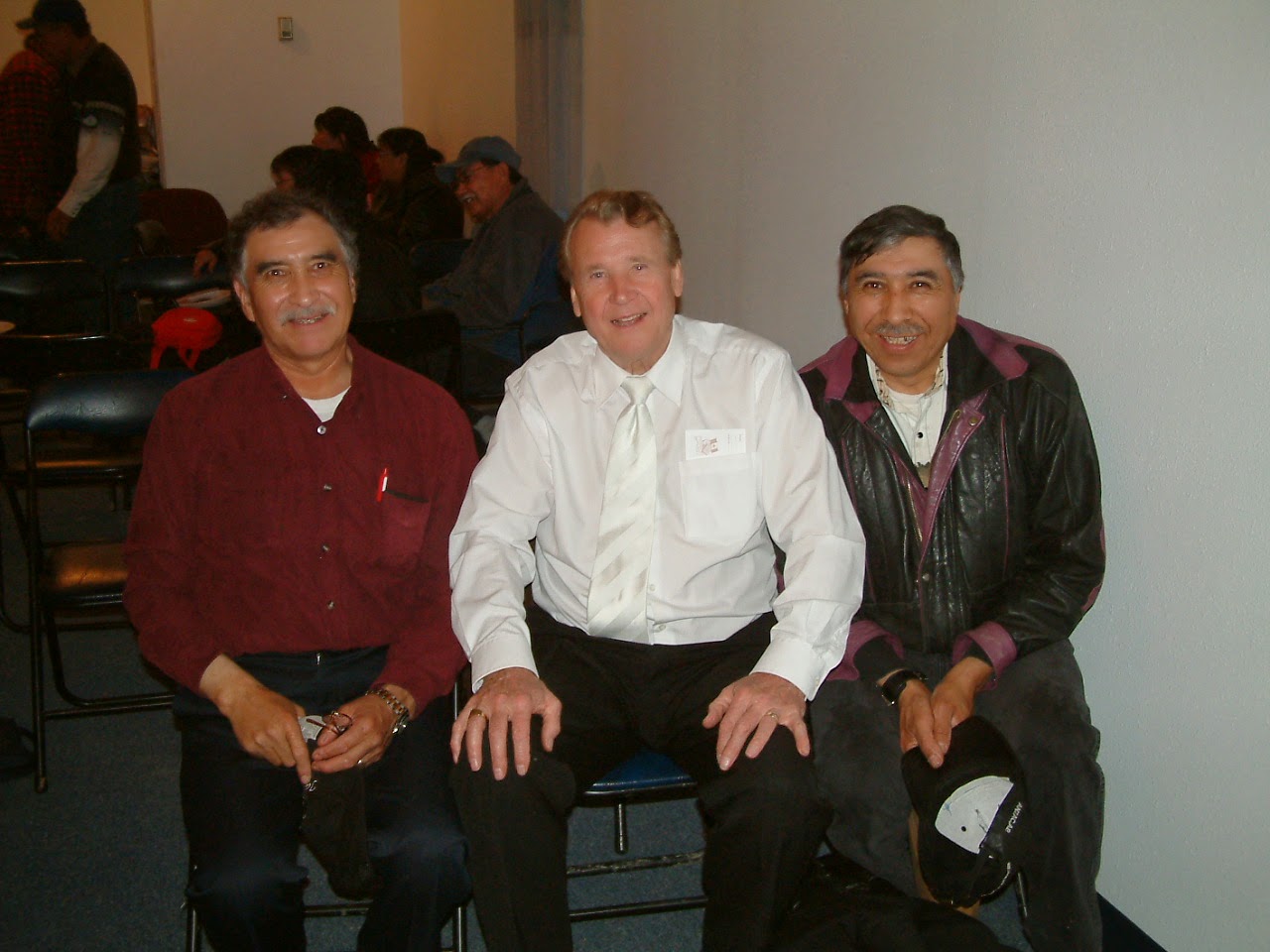 By Pastor Emile Houle,
In 1969, I contracted pneumonia and was very sick. I was 14 years of age. We were many miles from a doctor. The only way we could get medicine in our village was through a Roman Catholic priest, who dispensed it to those who were ill.
We used to listen to Pastor Max Solbrekken’s Radio Program from White Rock, B.C. It was called, ‘The Cry of His Coming’. I was lying on the bed, having difficulty breathing when God’s servant came over the airwaves.
After his message he said, “If you are sick, lay your hand on the radio cabinet as a point of contact and as I pray in the name of Jesus Christ our Lord, release your faith to God and receive a healing miracle.”
The room became quiet as Pastor Max prayed and commanded in the name of JESUS CHRIST that sickness and disease must leave those who were afflicted. I laid my hand on the radio cabinet and believed what the preacher said. Immediately, my breathing became normal, my lungs were healed and I got out of bed, saying: “I am healed. I am healed!”


My mother got so happy and we were all excited. After that we began paying to Jesus Christ with Christians who were Pentecostals! And now 40 years later, we are still praising God with born again, Spirit - filled Christians and Pastor Max Solbrekken is our good friend, who visits us from time to time!
Posted by Max Solbrekken at 9:19 AM

Just before the Return of Jesus Christ to rapture His Church and "judge the living and the dead" there will be a great Revival of Righteousness, states St. Peter's prophecy: "Repent ye therefore, and be Converted, that your sins may be blotted out, when the Times of Refreshing shall come from the presence of the Lord; and He shall send Jesus Christ, which before was preached unto you; Whom the Heaven must receive until the times of restitution of all things, which God hath spoken by the mouth of all His holy prophets since the world began." (Acts 3: 19-21) 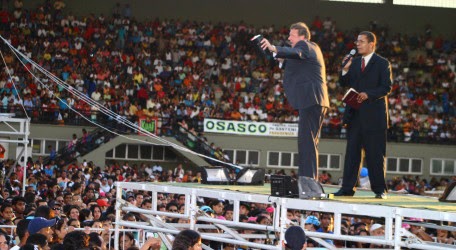 Dr. Max Solbrekken has been invited to be the featured speaker at the Dean Maresty Memorial Service on March 29 & 30, 2014 at the Flying Dust Full Gospel Church, Meadow Lake, SK. Pastor Max officiated at Dean's funeral 15 years ago where approx 1500 were in attendance. Dean was the son of the Legendary Chief / Pastor Rev.Frank and Neva Maresty. Neva was saved and healed miraculously by Jesus Christ through Max Solbrekken's Ministry in the 1970s in Edmonton. Since then, her family all followed her through the waters of Baptism, and hundreds more have been born again through Frank and Neva's Ministry! - Donna Solbrekken 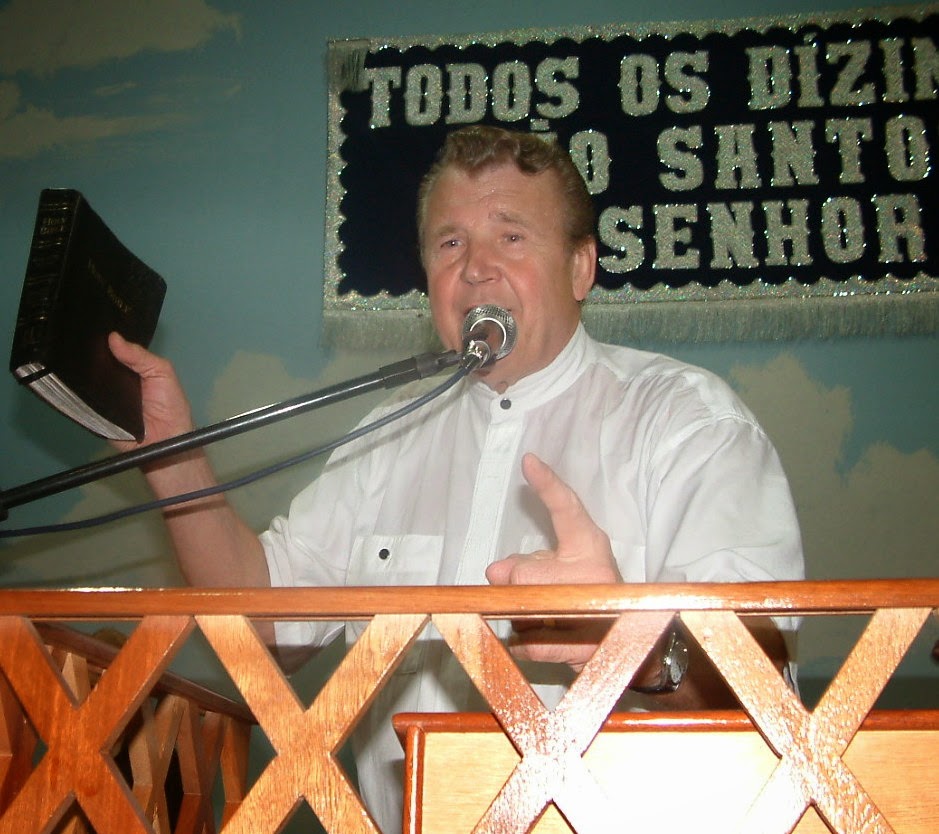 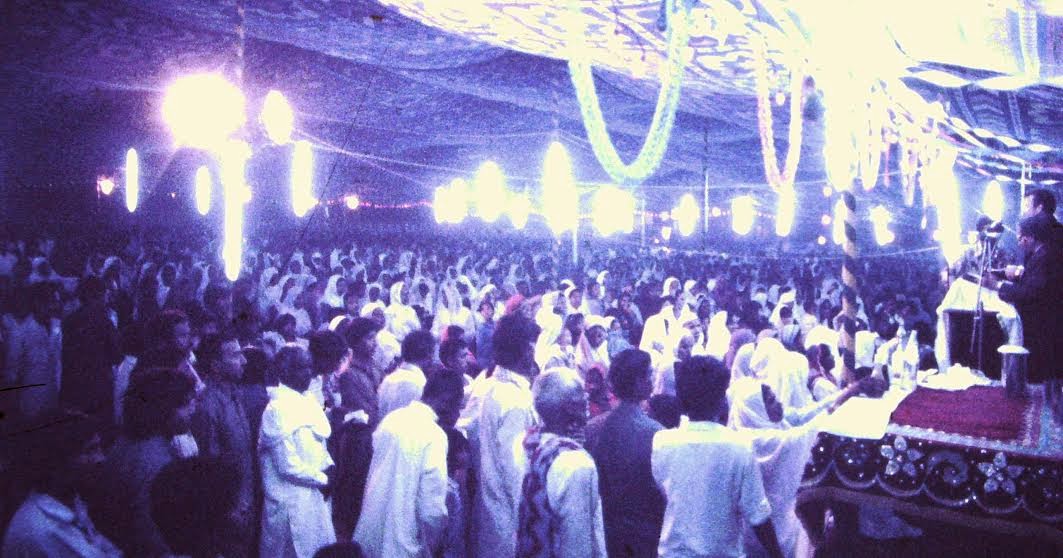 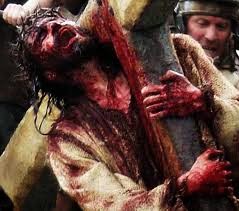 "And He bearing His cross went forth into a place
called the place of a skull, which is called in the
Hebrew Golgotha, where they crucified Him."
- John 19: 17 -18


ON BEHALF OF CHRIST: SPEAKING
THE TRUTH IN SINCERITY!
By Pastor Max Solbrekken, D.D.
Commercials and infomercials, do they really work? Daily, we are bombarded with intrusive, unwanted and irritating commercials over television, radio, internet, and even through the telephone! Billions of dollars are spent annually to advertise various products during special sporting and other events.
Advertisers must believe those expensive commercials will bring them new customers or they would not invest so much. Some of the commercials are in good taste, others are not! Some are truthful and some are not! We are subjected to both during an election. A good example is the extravagant, amazing and almost god-like hype of Barack Obama’s ability to govern.
While Sir Winston Churchill promised, “Nothing but, Blood, sweat and tears” and John F. Kennedy challenged, “Ask not what your country can do for you, but what you can do for your country”, Barack Obama was the great hero who would give Americans everything they wanted for free. Multitudes believed him, but six years later the majority of Americans are calling him ‘Commander in Speech’ and worse ‘Liar in Chief’. America is drowning in debt, corruption and perversion!
For more than fifty years I have been a spokesman for the Lord Jesus Christ and His pure, unadulterated, unvarnished, unedited and unblemished Gospel. In His presence, all pretenders to power and greatness are like grasshoppers and bugs groveling about in the earth!
In the early 1990s, President Boris Yeltsin stated: “We have lied to you for 70 years. Communism is dead in Russia. There will be NO MORE LIES.” While preaching in the former Soviet Union, I applauded the Premier of Russia, saying: “The Gospel of Jesus Christ has been heralded across the world for nearly 2,000 years and there has never been or ever will be any LIES connected to Him because He is the Way, the TRUTH and the Life! Amen.
Posted by Max Solbrekken at 4:18 PM