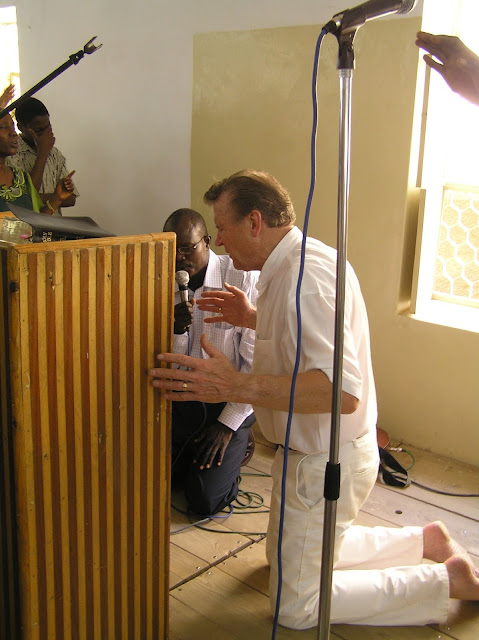 URGENT CALL TO PRAYER FOR A
REVIVAL OF REPENTANCE AND FAITH
By Pastor Max Solbrekken, D.D.
Friend: I invite you to pray this prayer with me each day for the next 30 days and I believe we will see the beginning of a genuine 'Grassroots Revival' across our cities, provinces and the nation!
Dear Lord Jesus, breathe New Life into Thy Church across our nation and around the world. Awaken the sleeping saints, shake us out of our lethargy, heal our backsliding, forgive our sins of worldliness, lack of reverence and love for Thee, and concern for our fellowman!
O' Thou great Sovereign of the Universe, birth within Thy people a genuine 'fear of God and knowledge of the Holy'. Please forgive our often casual and careless approach to Thy throne of Mercy and Grace! We desire, blessed Holy Spirit to enter the very Holy of Holies through the all-atoning blood of our Lord Jesus Christ!
Grant us victory over all sins of commission and omission. Heal our jaded hearts and lukewarm spirits! Remove all pride, doubt, fear, prejudice, hate, lust, jealousy, covetousness, perversion, oppression, sickness, disease and pain! Heal us in our spirit, soul and body for Thy honour and glory!
May Christ's agape love and divine grace fill our being, so that the 'gift of faith' is activated and moves mountains of unbelief, superstition and demonic powers.  And, Heavenly Father, please do work 'notable miracles' among us that “many will believe”. Astonish the “enemies of the cross” and make the heathen “obedient to the faith”. (Rom. 15: 18, 19)
Give us a divine burden for the lost and perishing souls who do not know Jesus, the Christ of God! May they all bow before Thee, O Lord, confessing their sins in true Repentance and genuine Faith.
And may they yield themselves to the Holy blessed Holy Spirit, trusting completely in the shed blood of Jesus Christ, for the forgiveness of their sins and Eternal Life!
Come, Thou blessed Holy Spirit, and do Thy convicting, saving and healing work in every heart and life, I pray with much thanksgiving!  In Jesus' Name, Amen. 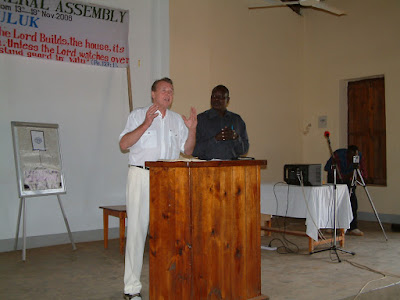 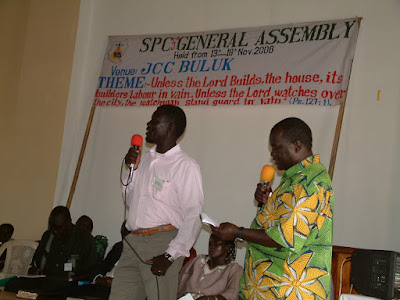 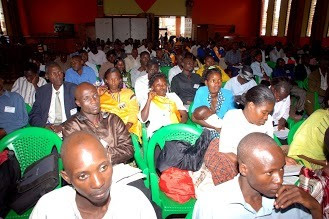 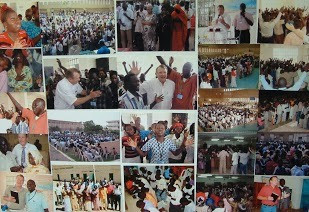 No-one can see anything behind your back between your shoulder blades. The prophet wanted us to know that when our God forgives our sins, He does not see them anymore. They are GONE!
CHRIST IS OUR ARK OF SAFETY!
In the same manner, we declare that Jesus Christ is our ark of safety. Only He can save us from sin, degradation and eternal damnation. And because Jesus was judged in our place and died as our substitute on Golgatha in payment for our sins, we are made righteous, pardoned and taken into the Kingdom of God.
He became our propitiation, meaning that Jesus' pure and holy blood that was shed on the cross atoned for the sins of the whole world. His sacrificial death met the demands of divine justice and satisfied Almighty God.
Jesus Christ stated, “Come unto Me, all ye who labour and are heavy laden and I will give you rest.” (Matt. 11: 28); “Behold, I stand at the door, and knock: if any man hear My voice, and open the door, I will come in to Him, and will sup with him and he with Me.” (Rev. 3: 20). Amen.
Posted by Max Solbrekken at 3:44 PM

YOUR GOD IS TOO SMALL
By Pastor Max Solbrekken , D.D.

MIRACLES, WONDERS FOR TODAY!
If ever there was a time when Christ’s Church needed to ‘stand up to the plate’ and prove to the world that Jesus Christ is the Son of the Living God and the ONLY Saviour of the world, it is TODAY!
The “enemies of the cross” have gathered a cacophony of the ‘weird and wonderful’ across the spectrum of left-wing Christ rejecters, New Age gurus, Hollywood lapdogs and sexual perverts, to publish down right lies, distortions and manufactured falsehood about Jesus Christ and His Church!
Soldiers of the Cross, let us to meet this ungodly onslaught head-on by preaching the Gospel of Jesus Christ and by healing the sick and casting devils. It’s time that we put the run on the EVIL ONE!
The BIBLE says: “And they went forth, and preached everywhere, the Lord working with them, and confirming the Word with Signs following.” (Mark 16: 20); “And with great Power gave the apostles WITNESS of the RESURRECTION of the Lord Jesus: and great grace was upon them all.” (Acts 4: 33)
There is nothing impossible with Him who is the Alpha and Omega, the First and the Last, the King of Kings and Lord of lords and the Only Saviour of the world.
1.)  TO THE SINNER, let me say unequivocally:  God is able, ready and willing to save you!  The Bible says, "For the Son of man is come to seek and save that which was lost". (Luke 19:10); "Come unto Me, all ye who labour and are heavy laden, and I will give you rest". (Matt. 11:28)
2.)  TO THE DISCOURAGED AND WEAK, let me say without fear of contradiction, God will fill you with the Holy Ghost!  Jesus said, "Ye shall receive power after that the Holy Ghost is come upon you and ye shall be witnesses..." (Acts 1:8)
St. Peter declared, "Repent and be baptized every one of you in the name of Jesus Christ for the remission of sins, and ye shall receive the gift of the Holy Ghost.  For the promise is unto you, and to your children, and to all that are afar off, even as many as the Lord our God shall call". (Acts 2:38-39)
3.)TO THOSE WHO ARE SICK & DISEASED, I say emphatically, Jesus Christ was "wounded for our transgressions, He was bruised for our iniquities: the chastisement of our peace was upon Him; and with His stripes we are healed". (Isa. 53:5); "That it might be fulfilled which was spoken by Esaias the prophet, saying, Himself took our infirmities, and bore our sicknesses". (Matt. 8:17)
The Bible says, "Is any sick among you?  let him call for the elders of the church; and let them pray over him, anointing him with oil in the name of the Lord.  And the prayer of faith shall save the sick, and the Lord shall raise him up; and if he have committed sins, they shall be forgiven him". (James 5:14-15)
4.)TO THOSE WHO ARE EXPERIENCING FINANCIAL DIFFICULTIES, remember that God is more than enough (El Shaddai) to meet your needs!  "But my God shall supply all your need according to His riches in glory by Christ Jesus". (Phil. 4:19)
"Give, and it shall be given unto you; good measure, pressed down, and shaken together, and running over, shall men give into your bosom.  For with the same measure that ye mete withal, it shall be measured to you again." (Luke 6:38)
St. Paul said, "But this I say, He which soweth sparingly shall reap also sparingly; and he which soweth bountifully shall reap also bountifully". (2 Cor. 9:6-8)
5.)TO ALL WHO NEED FORGIVENESS, DELIVERANCE, ENCOURAGEMENT: Christ Jesus stands ready to help you.  Without hesitation, I invite you to call upon the Name of the Lord and be saved.
St. Peter declared, "Whosoever shall call on the Name of the Lord shall be saved". (Acts 2:21);  "Casting all your cares upon Him; for He careth for you." (1 Peter 5: 7); He has the power to make you free!  Jesus said, “And ye shall know the truth, and the truth shall make you free”. (John 8:32)
There is absolutely nothing that God is unable to do.  He can do all things He wills to do because He is all powerful (omnipotent), all knowing and all wise (omniscient) and everywhere present at all times (omnipresent).
Jesus said, "If thou canst believe, all things are possible to him that believeth". (Mark 9:23); “With men this is impossible but not with God. For with God all things are possible.” (Mark 10: 27)

THE BAPTISM OF THE HOLY
SPIRIT GIVES YOU A NEW IMPETUS.
“John answered, saying unto them all, I indeed baptize you with water; but One mightier than I cometh, the latchet of Whose shoes I am not worthy to unloose: He shall baptize you with the Holy Ghost and fire.” (Luke 3: 16)
Jesus said: “But ye shall receive power, after that the Holy Ghost is come upon you: and ye shall be witnesses unto Me…and unto the uttermost part of the earth.”
“Afterward He appeared unto the eleven as they sat at meat and upbraided them with their unbelief and hardness of heart, because they believed not them which had seen Him after He was risen.
“And He said unto them, Go ye into all the world and preach the Gospel to every creature…And these signs shall follow them that believe: In My name shall they cast out devils; they shall speak with new tongues; They shall take up serpents; And if they drink any deadly thing it shall not hurt them. They shall lay their hands on the sick and they shall recover.”
“So then after the Lord had spoken to them, He was received up into Heaven, and sat on the right hand of God. And they went forth, and preached everywhere, the Lord working with them, and confirming the Word with signs following. Amen.” (Mark 16: 14-20
In His book, Does God Heal Today?  Dr. P.C. Nelson gives his testimony as Pastor of a large Baptist Church and how God used him to bring multitudes to Christ through the gifts of the Holy Spirit.
He says: "The gift of healing is the master-key to the human heart. It is the method of Christ and of the apostles and of all early preachers of the Christian church. It is the key which the Lord is using today to unlock the hearts of men, and to bring in the greatest revival ever known in this world.
"Those who oppose it are not opposing a doctrine or a person like myself. They are fighting against God and standing in their own light. In all humility and love we would warn those whom oppose this work of God, in the words of Paul in the synagogue at Antioch of Pisidia:
"Beware, therefore, lest there come upon you, which is spoken in the prophets; Behold, ye despisers, and wonder, and perish; for I will work a work in your days, a work which ye shall no wise believe, if one declare it unto you." (Acts 13:40,41, cf. Heb. 1:5) - From a sermon delivered in the old tabernacle on West Broadway, Enid Oklahoma, December 11, 1921. Printed in the Enid dailies by request of an audience of 3,000 person.)
Finally, Jesus instructed His followers to be generous toward God and fellowman, and His blessings will follow.  Here are two of His promises for us all:
"Give, and it shall be given unto you; good measure, pressed down, and shaken together, and running over, shall men give into your bosom.  For with the same measure that ye mete withal it shall be measured to you again." (Luke 6:38)
"But seek ye first the kingdom of God, and His righteousness; and all these things shall be added to you." (Matt. 6:33)
If you can send a special gift for our world-wide work of preaching the Gospel of Christ, you will be planting a seed in God's Harvest Field. If God is calling you into the work of the Lord, please write to me and we will seek to help you find your place in His great End-Time Army of Soul Winners!
Dear friend:  Please write with your prayer requests. We will pray for you and I will write you back!  When you write, please ask for a free prayer cloth over which we have prayed with faith in Jesus' Name, for your deliverance and salvation! M.S.
Posted by Max Solbrekken at 11:54 PM