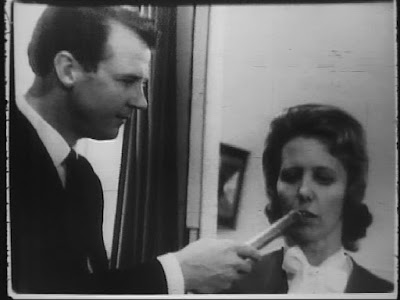 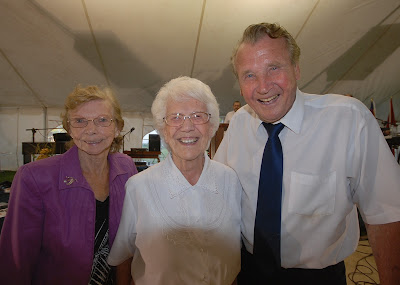 Terry Gaalaas with Pastor Max & Donna Solbrekken after
her amazing miracle of healing on Sunday June 24, 2018

In 1970, CBC TV filmed a Revival Meeting at
the Edmonton Revival Centre and interviewed Pastor Max Solbrekken. One of those giving their testimony was Terry Gaalaas.
She had received a miracle in her neck area instead of having surgery. That was the miracle that turned a Lutheran into a fiery Pentecostal. We have that service on a DVD for anyone wanting to receive it.
Last Sunday on June 24, at the age of 89, Terry was again blessed of God. Four years ago, she had fallen and badly injuring her pelvis. She has been in pain for four years as well as losing her equilibrium.
As I prayed over that woman of God, Jesus our Saviour and Healer took away all the pain and restored her balance. All glory to God our Lord.
Posted by Max Solbrekken at 5:26 PM 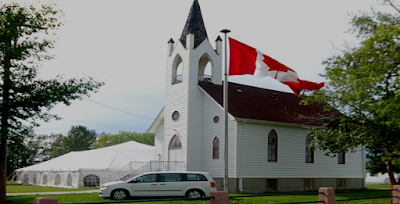 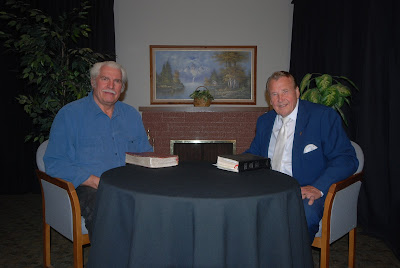 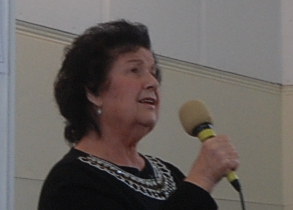 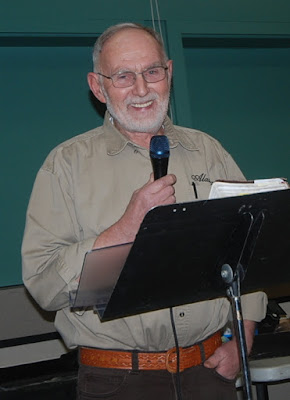 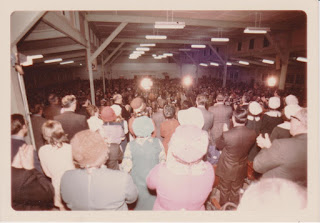 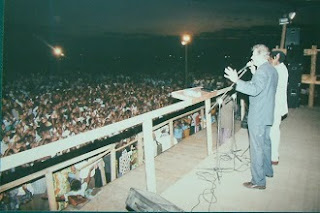 Max Solbrekken at 1998 Gospel Crusade
in Dar es Salaam,Tanzania. Multitudes were
touched, saved and healed by the Lord. 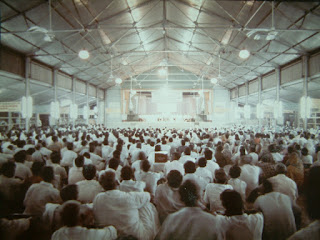 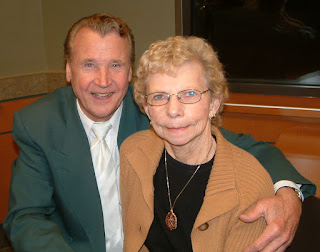 
https://www.paypal.com/ca/webapps/mpp/home Send the donation to:   [email protected];
Posted by Max Solbrekken at 2:31 PM 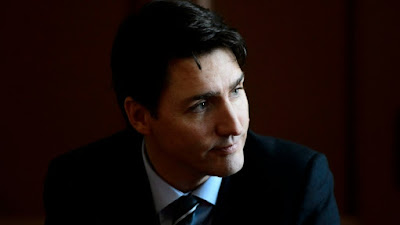 An ex-Trump adviser, several news organizations and Trump’s favourite Fox News morning show have dumped on Trudeau in a wake of the jobs grants controversy. WASHINGTON — Prime Minister Justin Trudeau’s views on abortion are raising the ire of the U.S. right.

A former Trump White House adviser, several news organizations and the U.S. president’s favourite Fox News morning show have all dumped on Trudeau’s explanation for why pro-life groups should be excluded from $220 million in federal jobs grants.
The prime minister’s suggestion that pro-life groups were out of line with Canadian society triggered criticism in the country next door — where abortion remains a subject of mainstream political debate and is a central issue in the struggle for control of the U.S. Supreme Court.
“This man is reprehensible,” tweeted former White House staffer Sebastian Gorka. It’s not the first time Trudeau has landed on the radar of the American right.
While he’s drawn fawning profiles in mainstream magazines and polls have suggested he’s relatively well-liked in the U.S., there are three cases now where he’s drawn conservative ire down south, after his praiseful eulogizing of Fidel Castro and the multimillion-dollar legal settlement with Omar Khadr.
”Kelly McParland: Our flippant prime minister simply won’t tolerate differing views. A church’s ‘core mandate’ must be pro-choice to access summer jobs grant: minister
John Ivison: No picking and choosing on the Charter, unless it suits Trudeau’s Liberals.
The latest controversy involves a new Canadian policy — when applying for federal grants for student jobs, organizations are now required to sign a form attesting that neither their core mission, nor the job being funded, opposes human rights, including reproductive rights.
Pro-life activists are suing the federal government over it. The abortion controversy produced a segment Monday on the morning show “Fox and Friends”. Host Brian Kilmeade said: “What message is he trying to send to us, maybe?” Co-host Rachel Campos-Duffy added:
“What happens in Canada often comes down to us. This is an effort to silence pro-lifers. … This is a sign of intolerance. If you have a pro-life view you’re not welcome to share it or else you’re kicked out of this program.”
They invited the head of largest American annual pro-life march onto the air to discuss it. Jeanne Mancini, whose annual March for Life is later this week, said she hoped to invite the prime minister to attend the rally.
“Because he will see who’s really out of touch with mainstream America,” Mancini said. “We’ve lost over 60 million Americans to abortion. To the prime minister, I would just really want to talk to him.”
Trudeau discussed the controversy in an interview Monday with The Canadian Press. He said he’s a Catholic who has long had to reconcile his religious beliefs with his responsibilities as a political leader and he said the latter demands that he defend people’s rights.
In this case, he said that means a woman’s right to choose trumps the right to a federal grant. “An organization that has as its stated goal to remove rights from Canadians, to remove the right that women have fought for to determine what happens to their own bodies, is not in line with where the charter (of Rights) is or where the government of Canada is,” Trudeau said Monday.
“Certainly there is no obligation by the government of Canada to fund organizations that are determined to remove rights that have been so long fought for by women.”
- NATIONAL POST

Posted by Max Solbrekken at 7:58 PM

JESUS CHRIST
the Light of the World
By Pastor Max Solbrekken, D.D.

Attention: Members of Canadian Parliament: Conservative MP David Anderson has written a report on the state of freedom of religion in Nigeria. - Rev. Max Solbrekken

#FreedomforSharibu
The Boko Haram terrorist group released 100 girls in March but did not release young Sharibu because of her faith. She refused to renounce her faith when asked to do so by the terrorist group resulting in her detention. It is saddening that she is still in the hands of the terrorist group months later.
Thousands of Christians have died in the course of their faith at the hands of the same group.
No Christian should suffer persecution, discrimination or death for the simple act of professing the Christian faith. I join their sorrow for the lost souls of the unreasonable Boko Haram.
I also ask you, president Buhari, to take a decisive action and end this kind of persecution against innocent Nigerian Christians and help release Sharibu.
The situation for believers in northern Nigeria is dire.
Thousands of Christians have been killed or abducted by Boko Haram, the militant Muslim group in northern Nigeria. This group claims to have established a "caliphate" (Islamic state).
Christians have also been the target of Hausa-Fulani Muslim herdsmen in Nigeria. This group has destroyed hundreds of churches and killed thousands of Christians.
All across the twelve northern states of Nigeria, where Islamic law has been adopted, Christians are frequently discriminated against. Christian villages often lack clean water and health clinics, and Christians are denied access to secondary school and higher education.


In March this year, Boko Haram abducted 105 girls in Dapchi, all of whom they "asked" to convert to Islam.
Out of all the abducted girls, only one schoolgirl - Leah Sharibu - refused to renounce her faith. Boko Haram thus refused to release her after releasing the rest.
Leah Sharibu refused to accept Islam, resisting the entreaties of her classmates to pretend to do so. This her parents learned from a conversation with those who were released.
Leah asked her friends to tell her parents to pray for her, they said.
"Boko Haram did not release my daughter because the young woman refused to abandon her faith to embrace the Muslim religion," said the mother of Sharibu.
The president of Nigeria, Muhammadu Buhari, pointed out on Twitter the following:
"It is disheartening that one of the girls, Leah Sharibu, remains in captivity (...) We will do everything in our power to recover Leah safely (...) It will not be abandoned." Up to date, there is no news about the young heroine or updates on efforts being made to rescue her. This is very heart wrenching, especially for her mother.
Besides Leah Sharibu, thousands are being massacred and kidnapped by Boko Haram and the Fulani Herdsmen due to their faith. We want to see an end to the persecution and murder of those who simply profess faith in our Lord Jesus Christ.
It is time to stop this massacre of Christians! Is it right that thousands are being killed in Nigeria just because they profess Christ? Let's call on the Nigerian president to stop it.
Yours in Christ,
David Cooke and the entire CitizenGO Team
PLEASE SIGN: https://www.citizengo.org/en-ca/pr/162475-end-christian-persecution-nigeria-demand-freedomforsharibu
P.S. Jesus said, "Be faithful until death, and I will give you the crown of life." (Rev. 2:10). The faithfulness of young Sharibu is truly remarkable. She is a girl of great courage. Let's pray for her and sign the petition to encourage the president of Nigeria to act.
P.P.S. Conservative MP David Anderson has written a report on the state of freedom of religion in Nigeria. It is worth reading:
http://www.davidanderson.ca/wp-content/uploads/2018-05-28-Religious-Freedom-in-Nigeria.pdf
Posted by Max Solbrekken at 7:24 AM 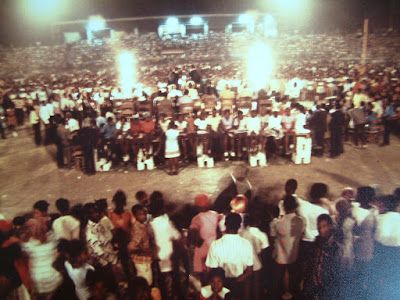 Max Solbrekken Gospel Crusade at
DuValier Stadium, Port au Prince, Haiti, 1973
JESUS CHRIST: THE ABSOLUTE TRUTH
By Pastor Max Solbrekken, D.D.
Only in Jesus Christ do we find absolute truth. In Him ALONE there is no lying, hypocrisy, deceit or darkness. He alone is the ultimate Truth. In His High Priestly Prayer to His Father our Lord stated: "Sanctify them through Thy Truth. Thy Word is Truth." (John 17:  17)
To His Disciples He declared, "I am the Way, the TRUTH and the Life: no man cometh unto the Father but by Me."(John 14:6). He said: "I and My Father are One." (John 10:30); "I came to do My Father's will." (John 6: 3)
"...My Father worketh hitherto and I work. Therefore the Jews sought the more to kill Him, because He not only had broken the Sabbath, but He said also that God was His Father, making Himself equal with God.
JESUS stated: "Verily, verily, I say unto you, The Son can do nothing of Himself, but what He seeth the Father do: for what things soever He doeth, these also doeth the Son likewise." (John 5: 17-20)
"... When ye have lifted up the Son of Man, then shall ye know that I am HE, and the I do nothing of Myself; but as My Father hath taught Me, I speak these things. And He that sent Me is with Me: the Father hath not left me alone; for I do always those things that please Him." (John 8: 28, 29)
JESUS PROMISED THE HOLY SPIRIT!
The Holy Spirit is called, "The Spirit of Truth." (John 14: 17). Speaking of the Holy Spirit, our Lord stated: "But when the Comforter is come, Whom I will send unto you from the Father, even the Spirit of Truth, which proceedeth from the Father, He shall testify of Me." (John 15: 26); "Howbeit when He, the Spirit of Truth is come, He will guide you into all Truth..." (John 16: 13)
JAMES RUSSELL LOWELL wrote: "Once to every man and nation, comes the moment to decide. In the strife of Truth and Falsehood, For the Good or Evil side."
About 65 years ago I memorized a poem written by British poet William Dunkerley,  under the pseudonym of John Oxenham.  Hundreds of times during the last half century, I have quoted it in my sermons. It is called 'The Way'. May the message penetrate your heart as it has mine!
To every man there openeth
A Way, and Ways, and a Way,
And the High Soul climbs the High Way,
And the Low Soul gropes the Low,
And in between, on the misty flats,
The rest drift to and fro.
But to every man there openeth
A High Way, and a Low.
And every man decideth,
The way His soul shall go.


https://www.paypal.com/ca/webapps/mpp/home
Send the donation to:   [email protected]
Posted by Max Solbrekken at 11:14 AM