ALL HONOUR, GLORY &
PRAISE BE TO OUR LORD
& SAVIOUR JESUS CHRIST 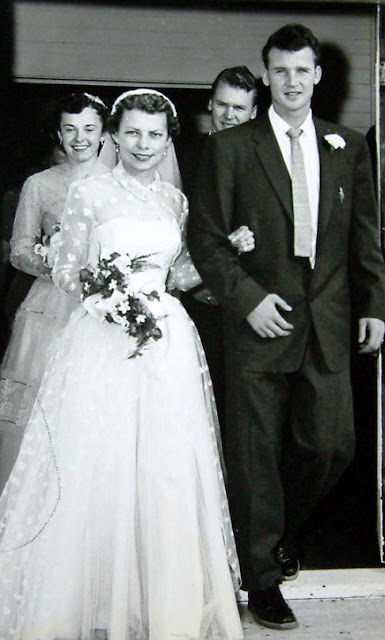 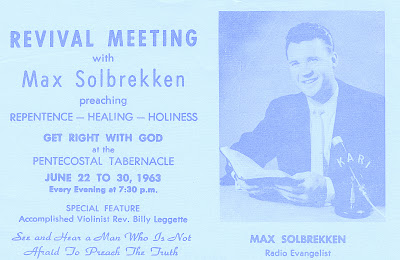 First Gospel Tent Crusade, Surrey BC, 1964
Max & Donna Solbrekken with five of their six
children in Vancouver Meeting, 1965. Betty is
cradled in her mother's arms. Co-Evangelist
Thomas Tutyko is in the background. 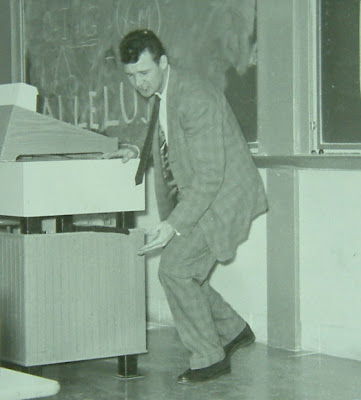 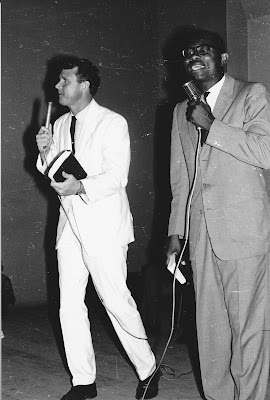 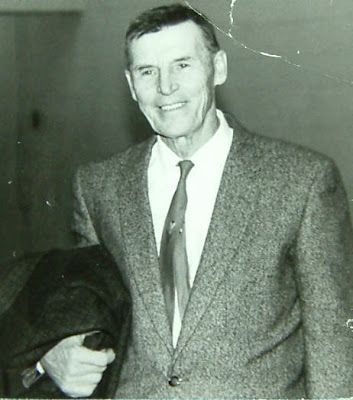 Max's father Ingvar Solbrekken, 1970. The
great miracle his Dad received through Oral
Roberts' Radio Ministry in 1956 brought
the reality of God & great conviction to his
heart, resulting in his conversion in 1957.
Ken, Grandpa & Dad, 1970. Ingvar, Max
and Ken Solbrekken together in Edmonton, 1970 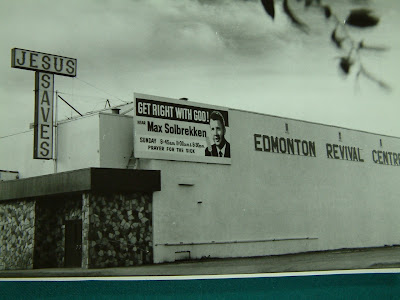 The Edmonton Revival Centre was born on October 26, 1969
resulting in thousands being saved down through the years.

Father & Son working together for the glory of God, 1987

On October 26, 1969 the Edmonton Revival Centre was
born. In 1980 Faith Cathedral was built, and on October 26,
1991 the amalgamation of Faith Cathedral and People's
Church was enacted, exactly 22 years to the day after
Pastor Max moved his Ministry to Edmonton.
Pastor Lawrence & Iris Hueppelhauser, Pastor Max and
Donna Solbrekken on Amalgamation Day, Oct. 26, 1991. 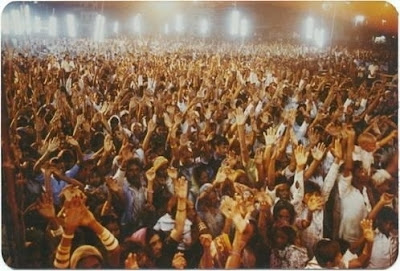 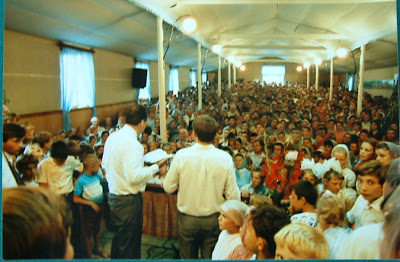 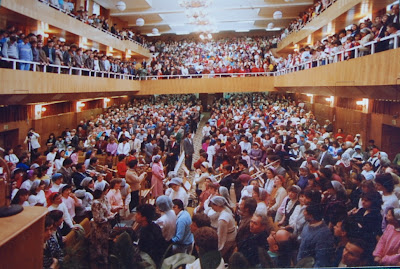 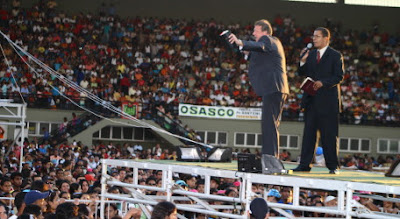 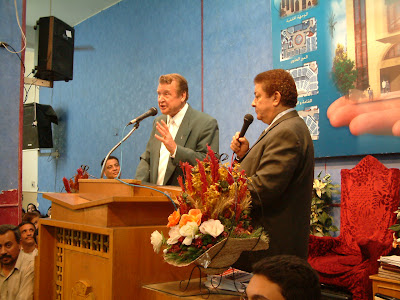 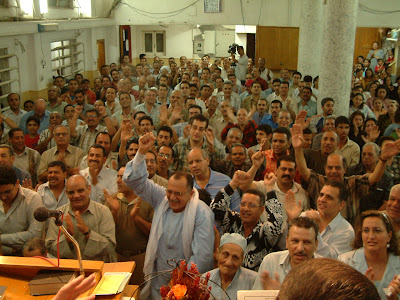 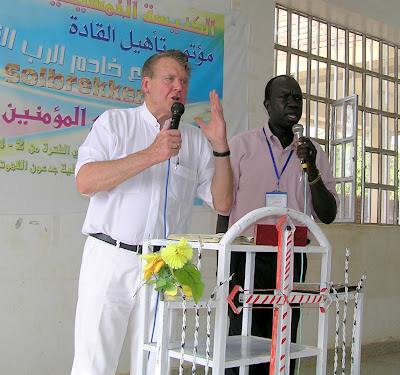 Max Solbrekken at Minister's Seminar in Khartoum, Sudan
in 2007. Now the doors are closed due to Muslim tyranny! 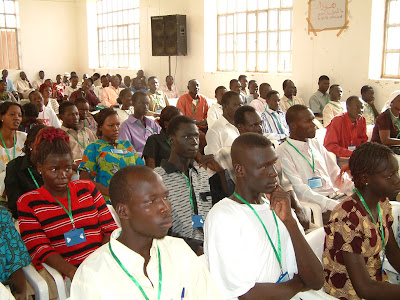 God gave us a window of several years. The doors to Sudan
are now shut tight with strong persecution of Christians. In
2006 & 2007 we had Crusades and Minister's Conferences.
Above and below are pictures from those meetings! 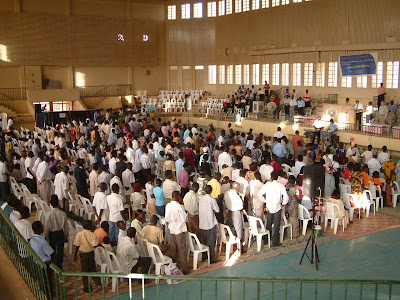 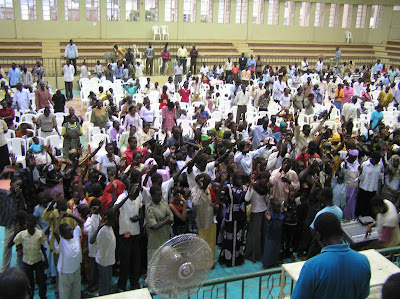 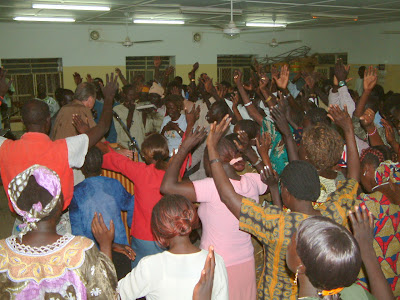 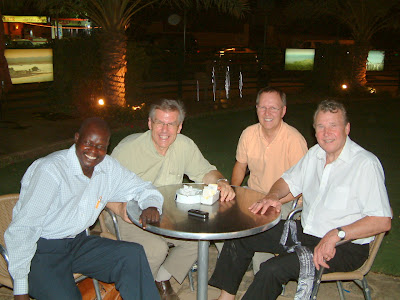 Max Solbrekken, Jan Erst Gabrielen & team preached
God's Word in Darfur and Sudan in 2006 & 2007. Since the
creation of South Sudan, the Muslims in Sudan are purging
Christians in a wave of Antichrist fervour. Pray for Sudan. 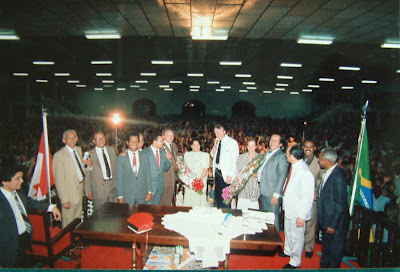 Max Solbrekken and Bishop Manoel Ferriere ministered
in powerful Crusades across in Brazil, 1987 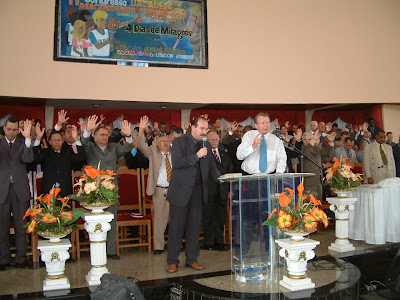 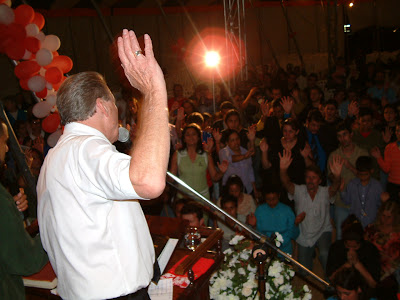 CHRIST IS CALLING: DO YOU HEAR THE CALL? HE
IS SAYING, "COME TO ME. BELIEVE IN ME. FOLLOW ME.
I WILL GIVE YOU WHAT YOU NEED FOR TIME & ETERNITY!"

Posted by Max Solbrekken at 5:46 PM