Watergate / Benghazi Comparison: It would be wise to remember that President Richard Nixon had won a HUGE victory just before Watergate. Will someone be impeached, fired or go to prison when justice is done in the Benghazi Gate cover-up? Remember, no one died at Watergate. President Obama, Joe Biden & Hillary Clinton need to come clean about this cover-up - Pastor Max Solbrekken 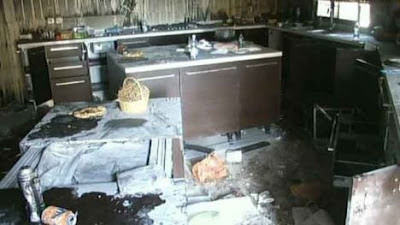 (CNSNews.com) – Fifty-three House members are demanding to know whether the April 6, 2012 and June 6, 2012 bomb-attacks on the U.S. consulate in Benghazi, Libya were immediately included in the President’s Daily Brief. These bombing attacks occurred before the fatal Sept. 11 terrorist attack that killed U.S. ambassador Chris Stevens and 3 other Americans.

“When was President Obama made aware of these two attacks on the Benghazi compound?” the letter asked. “Were these two attacks included in the President’s Daily Brief immediately after the attacks took place?”
The Presidential Daily Brief is a daily national security and intelligence report provided to the president each morning by the Director of National Intelligence. It is the foundation of national security briefings.
The letter was sent to Obama and Secretary of State Hillary Clinton, and signed by 53 House members on Nov. 2.
The letter, circulated by Rep. Mike Kelly (R-Pa.) is in response to ongoing questions surrounding the Sept. 11, 2012 attack on the Benghazi compound. That deadly attack came after 230 security incidents in Libya, 48 of which happened in Benghazi from June 2011 to July 2012, the House letter said, citing the U.S. Embassy in Libya’s Regional Security Office.
“On April 6, a bomb was thrown over the wall of the U.S. compound in Benghazi, causing some damage to an interior wall,” the letter states. “The attackers were a contract guard and a former contract guard who had been recently dismissed for gross misconduct, specifically, for putting graffiti on U.S. government property.”
“On June 6, an attacker placed a bomb on the ledge of the compound’s perimeter wall, creating a large crater in the perimeter wall that was described as ‘big enough for 40 men to go through,’” the letter states.
The letter went on to ask about security at the consulate and when President Obama knew about the previous attacks. 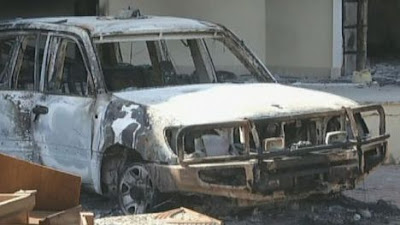 Glass, debris and overturned furniture are strewn inside a room in the gutted U.S.

consulate in Benghazi, Libya, after an attack that killed four Americans, including

Ambassador Chris Stevens on Sept. 11, 2012. (AP Photo)
“What role did Ambassador Stevens’ assessment of the security environment in Libya, the large number of security incidents, and their increase in sophistication and coordination play in the Department of State’s security decision with respect to the U.S. compound in Benghazi?” reads the letter.
“When was President Obama made aware of these two attacks on the Benghazi compound? Were these two attacks included in the President’s Daily Brief immediately after the attacks took place?”
The letter referenced two cables from Stevens in which the ambassador asked the State Department for increased security in the region. On July 9, Stevens wrote, “Conditions in Libya have not met prior benchmarks established by Post, the Department [of State], and AFRICOM, for a complete drawdown of TDY [temporary duty].”
On Aug. 2, barely more than a month before he was killed, Stevens wrote the State Department, “the security condition in Libya remains unpredictable, volatile and violent.”
CNSNews.com asked the White House over the phone and in an e-mail message if the April 6 and June 6 attacks were part of the President’s Daily Brief. The White House did not respond as of press time.
Posted by Max Solbrekken at 1:01 PM