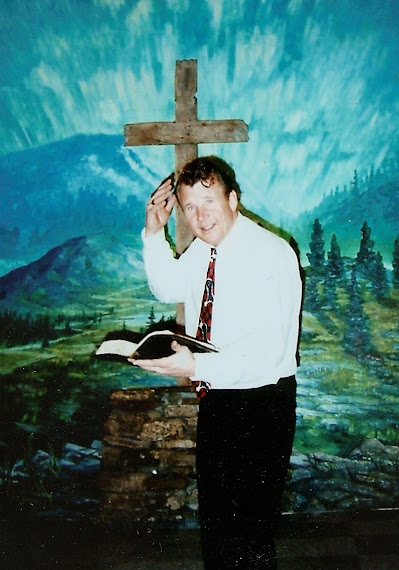 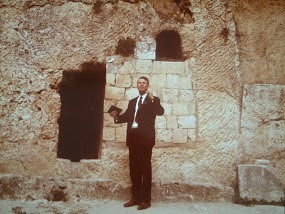 The total destruction of the World Trade Centre Twin Towers in New York on September 11, 2001 was a fulfillment of the Holy Scriptures! The horrendous Terrorist Plot was planned and perpetrated by the EVIL mind of Satan and executed by his dedicated slaves, Osama bin Laden and his brain-washed Islamic killers and suicide bombers!

It was an escalation of the Evil One’s final assault against Almighty God and His Crucified and Risen Son Jesus Christ, who shed His precious blood for all mankind! God’s great act of love in the death of Jesus Christ which provided Eternal Life for mankind, included the pervert killers who cold heartedly murdered 3,000 precious souls to satisfy the sinister heart of Lucifer, the world’s greatest Terrorist!

Since then, we have seen the followers of the seventh century camel driver and warrior, Mohammed, commit some of the most wicked, brutal and inhumane acts of rape, kidnapping, killings and beheadings in the Middle East, Africa, England, Australia, U.S.A and even in Canada!

The 1997 murderous, diabolical bombing of Oklahoma City’s Federal Building by Timothy McVey was the first taste of large scale domestic terrorism and a harbinger of worse things to come!

Nearly 2,000 years ago, St. Paul warned: “This know also that in the last days perilous times shall come”. (2 Tim. 3:1). The word 'perilous' speaks of a time fraught with danger. And these are certainly dangerous times!

Even though terrorism had been common in Northern Ireland and England for many years, thanks to the murderous IRA, and in the Middle East - compliments of fanatical Muslims - North America has by and large been spared!

The 1994 Islamic Terrorist bombing of the New York Trade Center sent shock waves across America and undoubtedly, the 1996 Oklahoma City carnage was our wake-up call that these atrocious can and will happen here!

That Americans could carry out such a cruel, insane act against their fellow citizens is shocking, but also underscores the depths to which our society has fallen! And the “bomb blast” that rocked the PEI Legislature proved that Canada is not immune!

North America is guilty in the sight of God! It also reminds us of “man’s inhumanity to man” when humanity turns away from God’s Word and His Son Jesus Christ!

The Bible says: “The heart is deceitful above all things, and desperately wicked: who can know it?” (Jer. 17:9) “But evil men and impostors shall grow worse and worse, deceiving and being deceived.” (2 Tim. 3:13)

That these bombers and terrorists are deceived by the devil in believing that the end justifies the means is certain and that they are evil - is evident. St. Paul properly labels those murderers as, "arrogant, fierce, without natural affection and out of control.”

In my opinion, the die has been cast, we’ve turned the corner, and our “beginning of sorrows” has started. We’ve joined the big leagues of terrorism, anarchy and the ‘devilish’ in North America, with much more to come!

The sudden rise of grotesque, barbaric beheadings of innocent people by the Islamic Terrorists, not just in the Middle East and in Africa, but in Europe, Australia, USA and Canada, is sending a chill across all civilized nations.

We should be asking ourselves, “Why hasn’t the Church been able to evangelize and civilize the pagan nations that have bred and trained these blood thirsty killers and rapists? And why are our Governments continuing to allow these hateful criminals to enter our borders?”

It is not surprising, however, since we as a people have indulged ourselves in sinful practices which are an affront to Almighty God! It is now ‘PAY DAY’. Let’s look at the sinfulness and colossal backsliding of our nations, in order to ascertain why God’s hand of protection seems to have lifted.

The Canadian government has banned the Holy Bible and prayer from our schools, removed the Name of Jesus Christ from the opening prayer in the House of Commons, elevated homosexuality to a level of respectability, and funded the murder of hundreds of thousands of unborn babies, during the last several decades!

On July 20, 2005, Canada legalized same sex narriage! It is interesting to note that our society has for the first time in 5,000 years enacted the laws to legalize same-sex marriage.

The first time that happened, according to the Babylonian Talmud was in B.C. 1,000, just before the Flood. The Book of Genesis chronicles the sin of Sodom and Gomorrah and God’s fiery judgment on those two cities! Jesus warned: “Remember Lot’s wife”, who disobeyed the Angel and looked back to Sodom and became a pillar of salt!

At that time, I warned Canadians about the terrible consequences of passing these measures into law. I was right then and I’m right now in saying, “The only way to stave off impending judgment is to repent and return to God”!

The Bible says: “When the righteous are in authority, the people rejoice: but when the wicked beareth rule, the people mourn (groan)”. (Prov. 29:2). Jesus Christ also warned of the tragic, desperate and wicked days in which we now live! “But as the days of Noah were, so shall also the coming of the Son of man be.” (Matt. 24:37)

What was society like in “the days of Noah” prior to the flood? People had turned their backs upon God and VIOLENCE was their defining mode of lifestyle!

“And God saw that the wickedness of man was great in the earth, and that every imagination of the thoughts of his heart was only evil continually. The earth was also corrupt before God, and the earth was filled with violence.” (Gen. 6:5-13)

It is impossible to pick up a news magazine or paper and not read of a terrorist bombing, gut-wrenching atrocities, mass murders, civil wars, tribal strife and anarchy somewhere across the globe!

OUR SOCIETY & THE CULTURE OF DEATH!

Hatred, fear and genocide are "the order of the day", as Satan plays out his final act of rebellion against God. Since man was created in God’s image, every act of violence and murder is an act against the Almighty. Satan understands this and knowing man’s propensity to sin, utilizes this weakness!

In his 1993 encyclical ‘Evangelium Vitae’, Pope John Paul stated: “To claim the right to abortion, infanticide and euthanasia, and to recognize that right in law, means to attribute to human freedom a perverse and evil significance: that of an absolute power over others and against others. This is the death of true freedom.”

The 1990’s violent protests by pro-abortion, lesbian and homosexual groups in Montreal, and the disruptive and violent April 21, 1995 “take-over of a Gospel Winnipeg Rally” by homosexuals and their friends, is scary!

“I tried to peacefully walk out of there. They threatened my life”, said the preacher! It is alleged that for many years, Billy Graham received at least one death threat each day of his life. Why anyone would seek to kill a preacher of the Gospel, I'll never know!

It’s one thing to see fanatical Muslims burn to death 17 people - in a bus - to stop a Gospel Crusade in India, or fanatical Hindus in that country stage a riot and threaten to kill the preacher, but to be driven from your pulpit in Canada by violent homosexuals - many of whom may have the HIV or AIDS virus - is something else!

Mississippi Gov. Kirk Fordice summed it up with these words: “The less we emphasize the Christian religion, the further we fall into the abyss of poor character and chaos”.

Writing for Newsweek February 6, 1995, Kenneth L. Woodward was "spot on" in his article, ‘WHATEVER HAPPENED TO SIN?’

“Before there was shame or guilt or blame, there was sin. As the Bible tells it, Adam and Eve disobeyed their creator ... In shame, the first couple hid from God when He came searching for them. Flushed with guilt, Adam blamed Eve and Eve blamed the serpent. The results of that original sin, the Book of Genesis implies, are still around for all of us to see: estrangement from God, from nature, from each other and from ourselves.”

WHAT A SERMON FROM A SECULAR WRITER! It's about time all of us took some definite steps to let the people know the truth concerning sin and its awful consequences! The Bible says: "The wages of sin is death but the gift of God is eternal life through Jesus Christ our Lord". (Rom. 6:23)

Jesus said: “For God so loved the world that He gave His only begotten Son, that whosoever believeth in Him should not perish, but have everlasting life. For God sent not His Son into the world to condemn the world; but that the world through Him might be saved.” (John 3:16)

“If My people, who are called by My name, shall humble themselves, and pray, and seek My face, and turn from their wicked ways; then will I hear from Heaven, and will forgive their sin, and will heal their land.” (2 Chron. 7:14). This is God's answer to our problem!

What must we do to save our nation from the degenerative and destructive forces of violence, perversion, immorality, alcohol and drug abuse?

SIN IS REBELLION AGAINST GOD!

As Kenneth L. Woodward points out, the Bible clearly pinpoints sin and rebellion against God and His laws as the cause of our estrangement from the Almighty, Nature, one another and from ourselves!

Repenting of our sins and receiving God’s forgiveness and the forgiveness of the ones we have wronged begins the process of ending the estrangement. We then learn to forgive ourselves and have respect for one another and the planet God has given us to superintend and enjoy!

There is no way we can truly love our fellowman if we do not love, reverence and worship the Living God and His Son Jesus Christ our Lord, who created all things!

The New Age Movement and old Indian mysticism with their deceptive claims that the earth has a spirit and we are brothers and sisters to the bears, lions and eagles are totally “out to lunch” and deceived by the devil!

The First Commandment says, “Thou shalt have no other gods before Me (the Eternal God)”. (Exodus 20:3). There is absolutely no hope for our nation outside of Divine Intervention, through a revival of righteousness and the "fear of the Lord"!

The bottom line is that the professors and lecturers in our seminaries and Bible schools have - for decades - sown seeds of unbelief, skepticism, modernism and agnosticism among their students. And now we are reaping the harvest in our homes, churches and society at large!

The Bible says, "The fear of the Lord is the beginning of wisdom and to depart from evil, that is understanding". (Job 28:28).

Let us pray: “Kind Heavenly Father, we confess our weakness and our pride, fears, lusts and laziness. Please forgive us and empower us all with Thy Blessed Holy Spirit! We receive your forgiveness and your strength. Thank You. In Jesus’ name. Amen.