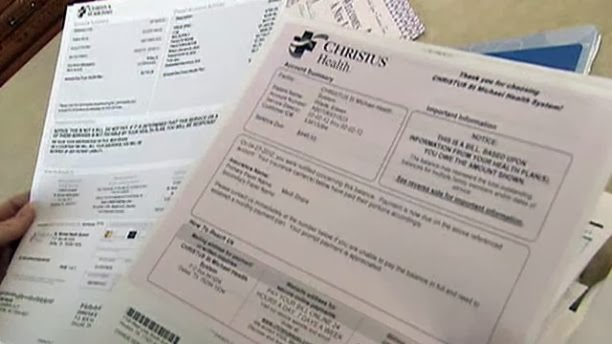 Christians are Rising in Power: Using
their God-Given Wisdom & Healthy
Lifestyles for a Better Future  - M.S.

With just weeks left to sign up for insurance
on HealthCare.gov, a
growing number of people are
opting to enroll in a Christian alternative to
traditional health insurance.
Nationwide networks of fellow believers help share
each other's major medical bills through what's
known as health care sharing ministries.
"It works just like insurance. I have an insurance card.
I show it just like anyone else would. I have a deductible.
I have a monthly premium that I pay," explained Eileen Wade, who joined the health care sharing ministry, Medi-Share, in 2011.
The nation's three largest ministries boast more than 242,000 members, spanning all 50 states, who agree to live so-called biblical lifestyles -- meaning regular church attendance; no drugs, tobacco, or sex outside of marriage; and limited alcohol consumption.
This kind of healthier lifestyle helps keep monthly premiums lower than that of other health insurers for most members.
"There's definitely an economic benefit, a windfall if you would, by living healthier lives," said Medi-Share's CEO, Tony Meggs.
Each of the ministries varies a bit in what they will and won't cover, but all are exempt from the Affordable Care Act's fines on those without health insurance.
Under the plans, families or individuals generally are responsible for regular medical costs -- like annual check-ups. And bills for unexpected illnesses or accidents are eligible for "sharing" by the group.
Critics, though, say because the ministries aren't technically insurance providers, they're not legally obligated to pay any of the medical bills that are submitted.
They also don't come with the same kind of protections and promises that come with traditional health insurance, according to Ron Pollack, who is the executive director of Families USA, a health care consumer advocacy group.
"If you know you're not going to get sick, if you know you're not going to have an accident, this could work out very well. The problem is none of us can guarantee that, and we want insurance that really insures," Pollack said.
Each of the ministries is very upfront that there are no guarantees of payment for medical bills, but Meggs said those concerns are exaggerated, and that in 21 years Medi-Share has only had a handful of complaints related to coverage.
The programs are only getting more popular.
Since the launch of HealthCare.gov on Oct. 1, membership at each of the ministries has exploded, with nearly 30,000 new enrollees -- more than the number of people who selected a plan through ObamaCare in 24 states.
In addition to the exemption from ObamaCare, Meggs said a big draw for members is the ministries' health plans don't cover many of the more controversial procedures that are covered under the Affordable Care Act, such as abortion.
"Some of the qualifying plans in the Affordable Care Act are going to violate their conscience with some of the services that are mandated that the insurance plans cover. I think they're going to be looking at health care sharing ministries as an alternative," Meggs told FoxNews.com.
Garrett Tenney is a correspondent for Fox News Channel (FNC). He joined FNC in April 2013 and is based in the Chicago bureau.
Posted by Max Solbrekken at 8:50 PM