Attention all Atheists.!!! This is how your North Korean atheist brothers view life. We used to say, "Dog eats dog." Now we say, "Communist kills communists and Atheists feed relatives to the dogs." I am glad that I am NOT an Atheist, but a God loving, Bible believing Christian who loves my family and all humanity. What do North Korean and all Atheists need? The GOSPEL of Jesus Christ. - Pastor Max Solbrekken 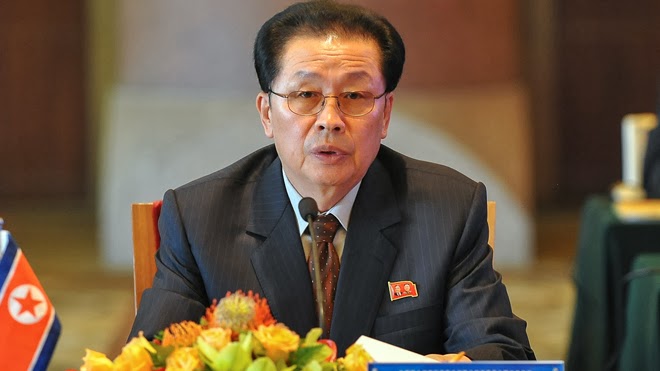 Next Slide Previous Slide
North Korea ruler Kim Jong-un has reportedly ordered that all blood relatives of his executed uncle be put to death, continuing an apparent purge of all he sees as threats to his reign.
South Korea's Yonhap News Agency, citing multiple sources, reported Sunday that "extensive executions" of relatives of Jang Song-thaek had been carried out.
"All relatives of Jang have been put to death, including even children," one source told Yonhap. Among those reported dead were Jang's sister Jang Kye-sun, her husband and Pyongyang's ambassador to Cuba, Jon Yong-jin, and the North Korean ambassador to Malaysia, Jang Yong-chol, a nephew of Jang, as well as his two sons.
In addition, Yonhap reported that the sons, daughters, and grandchildren of Jang's two brothers were executed as well.
Jang Song-theak, an uncle of Kim Jong-un by marriage, held some of the most powerful positions in North Korea before he was arrested and put to death on December 12 of last year on charges of contemplating a military coup to overthrow the young dictator.
It was not immediately clear how many people related to Jang have been executed, nor was it immediately clear when the deaths took place. However, Yonhap reported that the ambassadors had been recalled to Pyongyang in early December and it is believed that their executions took place shortly after Jang's.
"Some relatives were shot to death by pistol in front of other people if they resisted while being dragged out of their apartment homes," another source said told Yonhap.
Some relatives by marriage, such as the Malaysian ambassador's wife have reportedly been spared the purge and sent to remote villages with their families.
Posted by Max Solbrekken at 9:17 AM