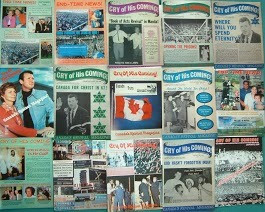 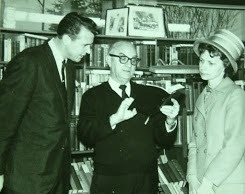 Max & Donna Solbrekken  with Premier Joey Smallwood in
his home (with his mother's Bible) in Newfoundland, 1968