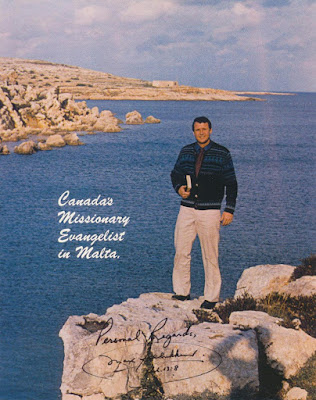 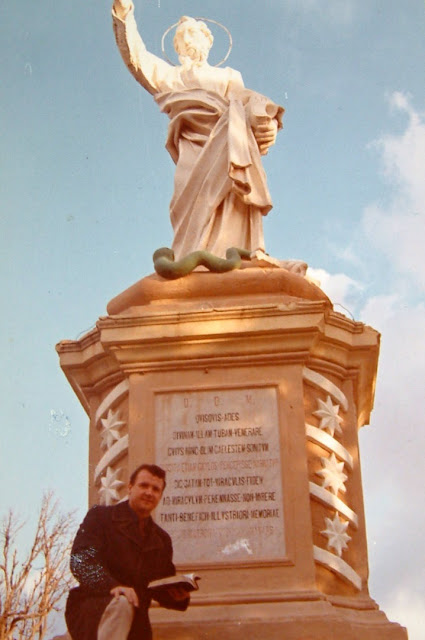 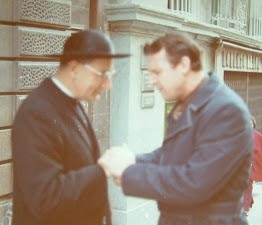 Pastor Max prays for the Pastor of the large Cathedral in Malta, on
Market Street in Valletta during his 1973 crusade. Meeting the Monsignor on the Street, he asked David, "Is this the man that God is using?" "Yes, replied David. "Does he have  a prayer for me?" he asked. "Are you sick, Monsignor?" asked David. "Yes, in my body and my soul" he replied. Right there and then, God touched the Roman Catholic Prelate as Pastor Max led him in a prayer for total deliverance and healing for spirit, soul and body. Pastor Max was very impressed with the humility and spiritual hunger of the R.C. Clergy. 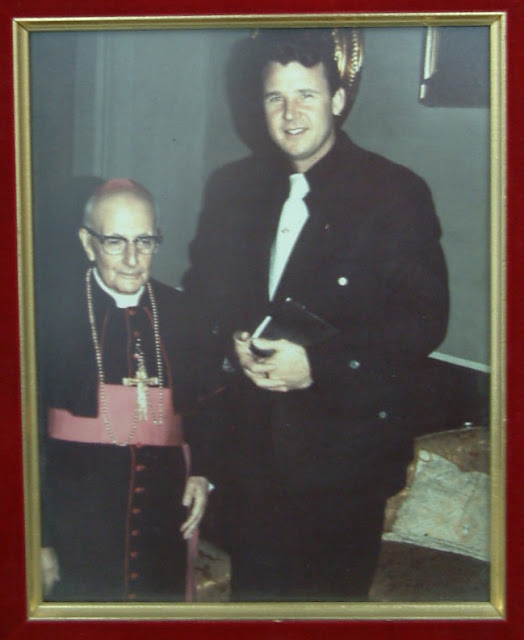 Pastor Max Solbrekken with Monsignor Michael Gunzi Archbishop
of the Roman Catholic Church in Malta on December 4, 1973. After a spirited discussion about the Gospel of Christ, the Archbishop said: I wish you success in your preaching Jesus Christ to the people of Malta.