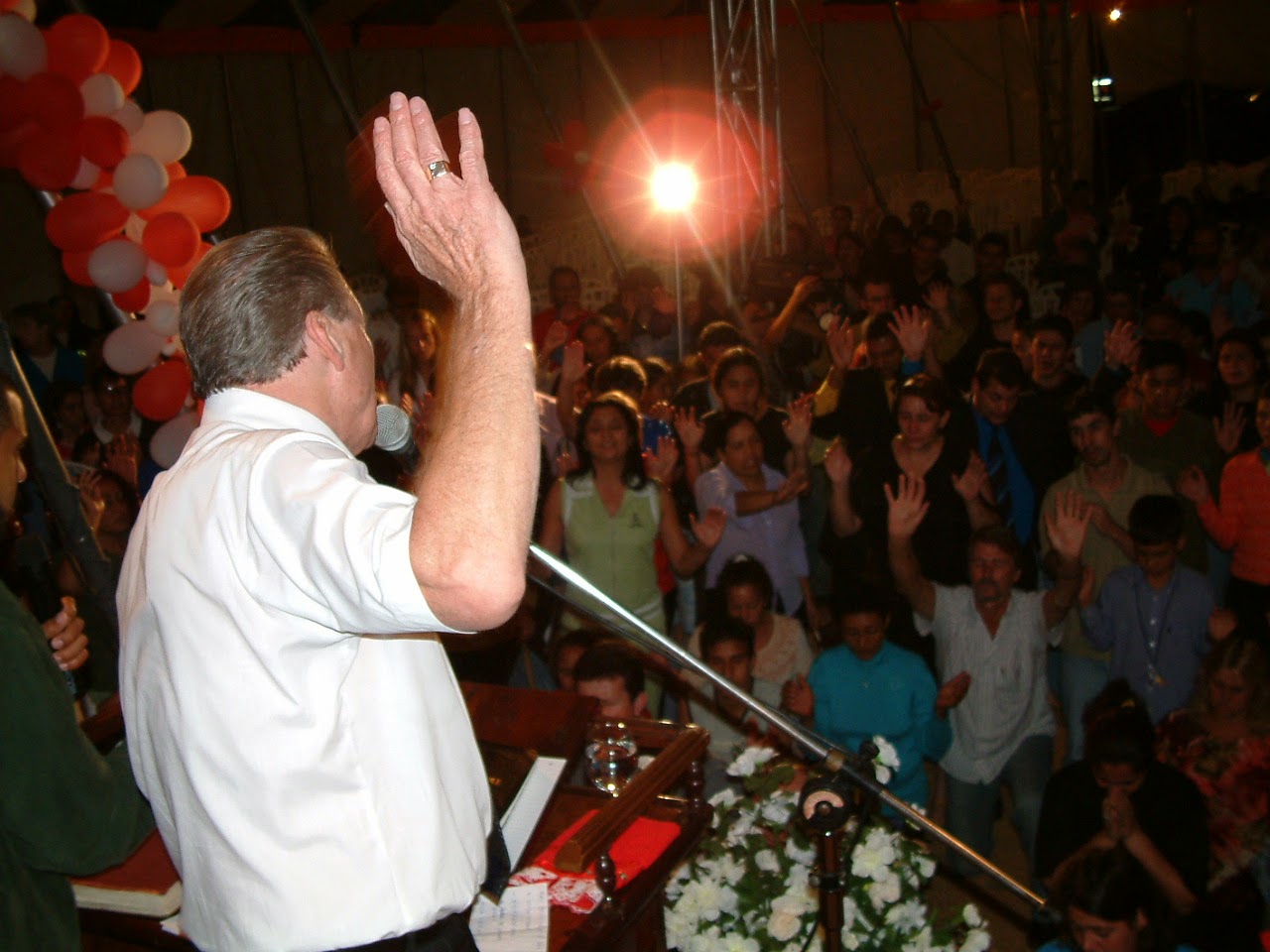 Max Solbrekken under the anointing of the Holy Spirit!

HOLY SPIRIT'S FIRE:
KEY TO REVIVAL
~ A Desperate Call to God for Help ~
By Pastor Max Solbrekken, D.D.
"Oh that Thou would Rend the heavens, that Thou would Come Down, that the mountains would flow down at Thy presence. As when the melting FIRE burns, the fire causes the waters to BOIL, to make Thy NAME known to Thine adversaries that the nations may tremble at Thy presence." (Isaiah 64: 1)
In his powerful appeal to Almighty God for help in bringing Israel back to a place of repentance and righteousness, Prophet Isaiah used words like “the melting FIRE burns” and “the FIRE causes the water to boil”.
ISAIAH was zealous for His Lord and wanted the godless nations to give glory to the Almighty. A Revival of Righteousness among the Hebrews would also have a godly, moralizing effect on the pagan nations!
He would have known of ELIJAH the great 'Fire Prophet' who brought Israel back to the worship of Jehovah. He had challenged the prophets of Baal and the prophets of the Grove to a showdown on Mount Carmel. The Prophet declared: “The God who answers by fire; Let Him be God.” Israel would then KNOW the true and Living God!
Elijah prayed: “Hear me, O Lord, hear me, that this people may know that Thou art the Lord God, and that Thou hast turned their heart back again. Then the FIRE of the Lord fell, and consumed the burnt sacrifice, and the wood, and the stones, and the dust, and licked up the water that was in the trench.
“And when all the people saw it, they fell on their faces: and they said, The LORD He is the God; the LORD He is the God.” (1 Kings 18:37-39)
DON’T PUT OUT THE SPIRIT’S FIRE!
The Holy Bible states: “Our God is a consuming fire.” (Heb.12: 29) Wherever He is, there is always Fire! What happened on Mount Carmel was expected. God always backed up His prophets who spoke the truth in His Name. And He often used FIRE to demonstrate His power and bring about His will on earth!
ST. PAUL admonished the Church: “Quench not the Spirit.” (1 Thess. 5: 19). He was saying, “Don’t put out the Spirit’s FIRE” or “Don’t extinguish the Spirit’s FLAME.” He knew the tendency of human carnality and pride, in wanting to do everything ourselves, to be self-sufficient! Fire can burn itself out if not stoked and fed with oxygen. We must guard the fire in our spirits, by staying full of the Holy Ghost!
HOWELL HARRIS, (1714-1773) preached in large open air meeting across Wales. In two years He walked 2500 miles between crusades. In twenty years he had reached Wales. He stated: “A fire was kindled in my soul and I was clothed in power…I could have spoken to the king were he within my reach…such power and such authority did I feel in my soul…”
It was said, 'the words flowed scorching hot from the preacher’s heart. He would go on thus, pouring out old things and new for 2, 3, and even 4 hours. Under the power of the Holy Spirit, hearts were broken and it was not uncommon for people to come under such conviction that they would cry aloud to God for mercy while he preached'. Twenty thousand people attended his funeral.
WILLAM BOOTH and his wife Catherine founded the Salvation Army in 1865. They chose as their slogan, ‘Blood and Fire’, referring to Jesus Christ’s BLOOD shed for the remission of sins and the Fire referring to the FIRE of the Holy Spirit.” He stated: “The tendency of fire is to go out; watch the fire on the altar of your heart. Anyone who has tended a fireplace knows that it needs to be stirred up occasionally.”
In 1892, William Booth wrote the well-known hymn, ‘SEND THE FIRE’. It is filled with Gospel Truth, Biblical Doctrine and Great Commission Admonition. You can sense the presence of God by reading the words and the Holy Spirit fire burns when it is sung!
SEND THE FIRE