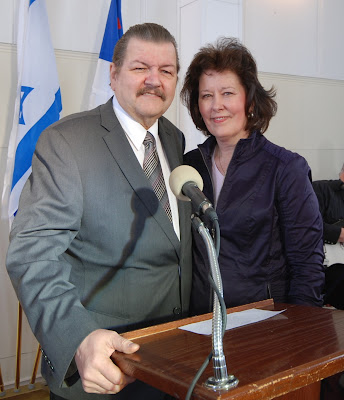 STAND UP FOR JESUS:

SOLDIERS OF THE CROSS
By Pastor Max Solbrekken, D.D.
“Some indeed preach Christ even of envy and strife: and some of good will. The one preach Christ of contention, not sincerely, supposing to add affliction to my bonds: But the other of love, knowing that I am set for the DEFENCE of the Gospel.” (Phi.1: 17).
St. Paul loved the Gospel of Christ and was willing to die for it, and eventually did. God revealed to him the ‘mystery of the gospel’ which had been hidden since the beginning of time. It is no wonder that he called it “my gospel”.  That does not mean that the gospel he preached was exclusively his, only that he was  divinely chosen to bring the Gentiles into the Body of Christ! (Rom.2: 16; 2 Tim.2: 8,9; 1 Thes.1: 5,6; 2 Thes.2: 14)

“How that by revelation He made known unto me the MYSTERY … ye may understand my knowledge in the mystery of Christ; Which in other ages was not made known unto the sons of men, as it is now revealed unto His holy apostles and prophets by the Spirit. That the Gentiles should be fellow heirs, and of the same Body, and partakers of His promise in Christ by the Gospel.” (Eph.3: 3-6)

“Wherefore I am made a minister, according to the dispensation of God which is given to me for you, to fulfill the Word of God: Even the MYSTERY which God hath hid from ages and from generations, but now is made manifest to His saints: To whom God would make known what is the riches of the glory of this MYSTERY among the Gentiles; which is Christ in you, the Hope of Glory.” (Col.1: 25-27)

St. Paul was a fighter for the truth. He was not a quitter and he prevailed against great odds. He was an intelligent fighter, not as one who threw wild blows, but one who strategically knew how to land the knock-out punch. He knew the dangers of taking the gospel for granted, becoming complacent, backsliding and lukewarm for Christ and His cause!

“For though I preach the gospel, I have nothing to glory of: For necessity is laid upon me; yea, woe is me, if I preach not the gospel. I therefore so run, not as uncertainly; so fight I, not as one that beateth the air: But I keep under my body, and bring it into subjection: lest by any means, when I have preached to others, I myself should be a castaway.” (1 Cor. 9: 16, 26, 27)

Others may have been motivated by pride, jealousy or strife, but not St. Paul. He knew his calling. He knew the voice of the Holy Spirit. He had met Jesus Christ personally and had been tutored and directed by Him. He had been instructed by the Risen Saviour that beside turning Gentiles to Christ, he would testify of his Saviour’s sacrificial death and glorious resurrection, as well as suffering for His sake!

To the Temple Mob who wanted to kill him, he testified how the LORD had sent Ananias to pray for him three days after meeting the resurrected Christ on the Damascus Road: “And he said unto me, the God of our fathers has chosen thee, that thou shouldest  KNOW His will, and SEE the Just One, and shouldest HEAR the voice of His mouth. For thou shalt be His Witness...” (Acts 22: 14, 15)
At the close of his life he testified: “For I am now ready to be offered, and the time my departure is at hand. I have fought a good fight, I have finished my course, I have KEPT THE FAITH. Henceforth there is laid up for me a crown of righteousness, which the Lord the Righteous Judge, shall give me at that day: and not to me only, but unto all them also that love His appearing.” (2 Tim.4: 6-8)

BEST DEFENCE: A STRONG OFFENCE!
Our Commander-in-Chief , Jesus Christ the Lord, gave us the greatest strategy ever used, ‘The Great Commission’. Here it is: “Go ye into all the world and preach the gospel to every creature. He that believeth and is baptized shall be saved; but he that believeth not shall be damned.

"And these Signs shall follow them that believe; In My name shall they cast out devils; they shall speak with new tongues; They shall take up serpents if they drink any deadly thing, it shall not hurt them; the shall lay their hands on the sick,  and they shall recover.” (Mark 16: 15-18)

The best defence is an aggressive, robust and powerful offensive forward thrust with the Gospel of Jesus Christ, to shatter the enemy's  defences and to liberate the slaves that he has collected through his diabolical cunning, subterfuge and downright lies!

The Bible says: “Be sober, be vigilant, because your adversary the devil, as a roaring lion, walketh about seeking whom he may devour: Whom resist in the faith…” (1 Peter 5: 8)
Noted British preacher C.S. Spurgeon  stated: “Defend the Bible?  I would as soon defend a lion. Unchain it and it will  defend itself.”  I agree  one hundred per cent with that statement. The Bible defends itself and is its own best commentator.

Here are some statements made by leaders in various walks of life, extolling the Holy Bible:


"The Bible definitely is infallible, how else could it survive so many years of bad preaching"
Leonard Ravenhill
“Defend the Bible? I would just as soon defend a lion. Just turn the Bible loose. It will defend itself.”
Charles Spurgeon
"The Word of God well understood and religiously obeyed is the shortest route to spiritual perfection. And we must not select a few favourite passages to the exclusion of others. Nothing less than a whole Bible can make a whole Christian."
A.W. Tozer
"Here, then, is the real problem of our negligence. We fail in our duty to study God's Word not so much because it is difficult to understand, not so much because it is dull and boring, but because it is work. Our problem is not a lack of intelligence or a lack of passion. Our problem is that we are lazy."
R. C. Sproul
"One of these days some simple soul will pick up the Book of God, read it, and believe it. Then the rest of us will be embarrassed."
Leonard Ravenhill
"It is impossible to rightly govern the world without God and the Bible."
George Washington
"The Bible itself is intolerant, and true followers of God's word should be as well."
Bob Jones III
"There are more sure marks of authenticity in the Bible than in any profane history."
Sir Isaac Newton
"Another century and there will not be a Bible on earth!"
Voltaire
"Voltaire expected that within fifty years of his lifetime there would not be one Bible in the world. His house is now a distribution center for Bibles in many languages."
Corrie Ten Boom
"Beware of reasoning about God's Word - obey it."
Oswald Chambers
"Zeal without knowledge is like a mettled horse without eyes, or like a sword in a madman's hand; and there is no knowledge where there is not the word: for if they reject the word of the Lord, and act not by that, 'What wisdom is in them?' saith the prophet (Jer 8:9; Isa 8:20)."
John Bunyan
"It is impossible to rightly govern the world without God and the Bible."
George Washington
"There are more sure marks of authenticity in the Bible than in any profane history."
Sir Isaac Newton
"Peace is such a precious jewel that I would give anything for it but truth."
Matthew Henry (1662-1714)
"Though we claim to believe the whole of Scripture, in practice we frequently deny much of it by ignoring it."
D. Martyn Lloyd-Jones (1899-1981)
“Out flashed the sword of the Spirit: our Lord will fight with no other weapon. He could have spoken new revelations, but he chose to say, ‘It is written.’ There is a power in the Word of God which even the devil cannot deny.”
Charles Spurgeon
"If there is anything in my style or thoughts to commend, the credit is due to my parents for instilling in me an early love of the Scriptures. If we abide by the principles taught in the Bible, our country will go on prospering and to prosper; but if we and our posterity neglect its instructions and authority, no man can tell how sudden a catastrophe may overwhelm us and bury all our glory in profound obscurity."
Daniel Webster
"This book, sir, is the rock on which our republic rests."
Andrew Jackson
"So great is my veneration for the Bible that the earlier my children begin to read it the more confident will be my hope that they will prove useful citizens of thier country and respectable members of society. I have for many years made it a practice to read through the Bible once every year."
John Quincy Adams
"Strange that there should be men so vile as to use the pen-knife of Jehoiakim, to cut passages of the Word, because they are unpalatable. Oh ye who dislike certain portions of the Holy Writ, rest assured that your taste is corrupt, and that God will not stay for your little opinion. Your dislike is the very reason God wrote it, because you ought not to be suited; you have no right to be pleased. God wrote what you do not like; he wrote the truth."
Charles Spurgeon
"Though we claim to believe the whole of Scripture, in practice we frequently deny much of it by ignoring it."
D. Martyn Lloyd-Jones (1899-1981)
"Why would the apostles lie?... if they lied, what was their motive, what did they get out of it? What they got out of it was misunderstanding, rejection, persecution, torture, and martyrdom. Hardly a list of perk!"
Peter Kreeft
"Skeptics must provide more than alternative theories to the Resurrection; they must provide first-century evidence for those theories."
Gary Habermas
"The canon is a list of authoritative books more than it is an authoritative list of books. These documents did not receive their authority from being selected; each one was authoritative before anyone gathered them together."
Bruce Metzger
"If we are perplexed by an apparent contradiction in Scripture, it is not allowable to say, 'The author of this book is mistaken'; but either the manuscript is faulty, or the translation is wrong, or you have not understood."
Augustine
"The vigour of our spiritual life will be in exact proportion to the place held by the Bible in our life and thoughts."
George Mueller
"Wherefore, forsaking the vanity of many, and their false doctrines, let us return to the word"
Polycarp
"In our meditation we ponder the chosen text on the strength of the promise that it has something utterly personal to say to us for this day and for our Christian life."
Dietrich Bonhoeffer
“There's no better book with which to defend the Bible than the Bible itself.”
Dwight L. Moody
Posted by Max Solbrekken at 5:45 PM