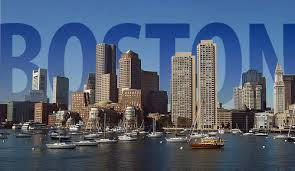 Tamerlan had traveled to al Qaeda hotbeds in southern Russia, where authorities believe he may have met with known jihadists.

Closer to home, he and his brother attended a Boston-area mosque with radical ties.

"The fact is that these fellows attended, blocks from their house, a radical mosque that has been the center of controversy in Boston for 10 years," said Charles Jacobs, who heads Americans for Peace and Tolerance, a group that has closely monitored Islamic radicalism in the Boston area.

"The founder of that mosque, blocks from where the Tsarnaevs lived and where they prayed, was Abdulrahman Alamoudi," he said. "He is the model of deception in American-Muslim history…"

"He…convinced President Clinton and also President George W. Bush that he was precisely the kind of moderate Muslim leader that America was looking for," Jacobs said. "In fact, he deceived everyone. He's now in jail for 23 years forgiving money, for funding al Qaeda.

Other worshippers at the Cambridge mosque have included these Islamists:
- Aafia Siddiqui, an al Qaeda member convicted of plotting attacks on New York City

- Tarek Mahenna, sentenced to 17 years in prison for planning to assault a Boston-area shopping mall with automatic weapons

- Sheikh Yusuf al-Qaradawi, a former trustee of the mosque, is a Muslim Brotherhood spiritual leader and terrorist supporter who's banned from entering the United States.

Jacobs stressed that it's unclear whether the mosque played any role in the Tsarnaev brothers' radicalization.

But CBN News spoke to one moderate Muslim leader who visited the mosque with his wife in 2003 and was shocked by what he found.

"We go upstairs and I find the library and it's full of flyers, full of newsletters in Arabic," Dr. Ahmed Mansour of the International Quranic Institute explained. "And they call for jihad against America and against the Jews and against the Christians," he said. "…at that time, there was a sheikh giving a sermon, and the sheikh was as fanatical as the written materials."

US Arm of the Brotherhood

The group behind the Cambridge mosque is called the Muslim American Society, or MAS. It was founded in 1993 by Muslim Brotherhood members and has dozens of chapters throughout the United States.

Federal prosecutors have called MAS "the overt arm of the Muslim Brotherhood in America."

Its ties to the Brotherhood -- a group dedicated to establishing Islamic sharia law worldwide -- have not stopped MAS from expanding in Boston.

In 2009, it opened another mosque in Boston's Roxbury neighborhood, just a few miles from the Cambridge location.

That mosque, called the Islamic Society of Boston Cultural Center, is the second largest mosque on the entire East Coast. It cost over $15.5 million to build -- and more than half of thatmoneyreportedly came from Saudi Arabia.

The Roxbury mega-mosque is the sister mosque to the one in Cambridge.

"They share the exact same leadership," Jacobs said. "They're owned by the same people, the Muslim American Society. The trustees are the same. They may have different day-to-day managements, but it's the same."

Yet Massachusetts Gov. Deval Patrick and Boston's Mayor Thomas Menino both endorsed the Roxbury mosque when it opened in 2009.

Jacobs' organization released a video showing Patrick publicly embracing a controversial imam at a 2010 event at the mosque.

During a sermon just two months prior, that imam, Abdullah Farooq, had seemingly encouraged worshippers to engage in violence when supporting Muslims who have been arrested on terrorism charges.

Too Little, Too Late?

Jacobs was encouraged recently when Gov. Patrick disinvited the imam of the Roxbury mosque from an event honoring the victims of the Boston Marathon terror attack.

But he says the damage is done in Boston and other cities where mega-mosques tied to the Muslim Brotherhood are being built.

The number of mosques in America nearly doubled between 2001 and 2011.

"When a Muslim group goes in any city and asks the mayor for help to build a mosque or to support them in building a mosque, the mayor only has one way of thinking about this: that this is another vulnerable minority that must be protected." Jacobs said.

CBN News requested an interview with representatives of the Roxbury mosque but received no response. A spokeswoman for the Cambridge mosque declined an interview due to health reasons.

Local Muslim sources told CBN News thatfollowersof the Muslim Brotherhood have also tried to take over other mosques in the Boston area.