President Bill Clinton called Barack Obama the 'Amateur'. Now he is asking for a second term. Why doesn't he go back to Chicago and get his old job back as chief Community Organizer. He has squandered America's wealth and is bankrupting the USA. Possibly, a businessman rather than a lawyer would be better to fix the economy. Herman Cain said Obama wouldn't be able to run one of his Pizza Joints. The USA is in deep financial, moral and spiritual trouble. Our prayer should be that God would have mercy upon that nation in these perilous days.- Pastor Max Solbrekken 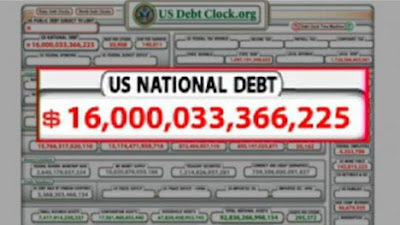 "You know, I would say 'incomplete.'"

-- President Obama when asked by reporter Diane Derby of KKTV in Colorado Springs what grade he would give himself for facilitating an economic recovery.
CHARLOTTE, N.C. -- If you want to understand why President Obama has run such a scorchingly negative campaign, consider this: In a new poll conducted for The Hill, only 40 percent of likely voters said they felt Obama deserves a second term. Fifty-two percent said he did not.

Republicans complain about the tone and tenor of Obama's months of character attacks on GOP nominee Mitt Romney, but the Hill poll shows us exactly what Obama's internal polling has likely been telling him for months. There is no chance of the incumbent winning if the election is about him. So it needs to be about somebody else.

Romney may eventually oblige Obama and the Democrats. When he walks out on the stage at the first debate, voters dissatisfied with Obama may yet decide that the former Massachusetts governor really is the vampire tax-cheat who consigns grandmothers to death by cancer that the Blue Team says he is.

But here's the problem for the president: With the election 63 days away, Romney is still alive.

The Republican presidential nominee's campaign is all about survival. Consider the fact that Romney essentially split his convention bounce by announcing his selection of Rep. Paul Ryan as his running mate three weeks before his party's conclave in Tampa. If Romney had tapped Ryan just before the convention, the GOP would have no doubt had a bigger bounce.

But Romney clearly felt he needed to announce his pick when he did because there were strong signs that Obama's months of character attacks were doing the trick. Romney was starting to sink in key measurements, particularly in his personal approval. Romney might have benefited by waiting and getting a bigger bounce at the end of August, but the survival imperative in Boston won out.

Conservatives like to say that Romney should be offering an even bolder contrast than he is with his choice of the number-one House budget hawk for a running mate. But Romney is running an insurgent campaign in which he is out-gunned, waiting for openings in which to attack the superior force.

Obama, on the other hand, is always trying to draw Romney out and wipe him out in one decisive battle. That's unavoidable at the debates where the two men will be on display for a skeptical and cranky electorate.

Both of their considerable flaws as politicians will be magnified by a hundred fold, but as the incumbent, Obama holds the edge. If neither option is attractive, voters may be prone to stay with what they know.

Team Romney believes that in order to even have a chance at the debates, they had to avoid getting permanently defined as a cancer-indifferent corporate raider before this week. Polls suggest they have avoided that fate. Swing state growth for Romney in Ohio and North Carolina suggests that the Republican is considered a more than plausible choice.

This exhausting, brutal ordeal is nearing the end for Team Romney. They have almost survived the conventions and now have two months in which to close the deal. The first five months of the general election were about shooting from cover. The last two months will be about going out guns blazing.

But given the intense disapproval of Obama's economic agenda evinced by the Hill poll (50 percent were "not at all satisfied" compared to 23 percent who were "very satisfied") and the fact that Obama is running short on cash in the home stretch, Romney has to like his chances.

Every re-election campaign is about two questions: Do voters want to keep the guy they've got and do they think the guy or gal seeking to replace his plausible? With so little time before the election, Obama has no chance to win the election on the first question, and so far he has not been able to create a consensus against Romney on the second one.

That's why the next 63 days will see a torrent of attacks that make the previous five months look tame.