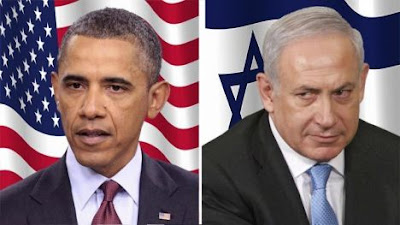 The naive Boy and the serious Man
By Melanie Hunter
September 27, 2012

(CNSNews.com) – Speaking to the United Nations General Assembly on

“We want to see the three great religions that sprang forth from our region – Judaism, Christianity and Islam - coexist in peace and in mutual respect.

Yet, the medieval forces of radical Islam, whom you just saw storming the American embassies throughout the Middle East. Well, they oppose this,” he said.
“They seek supremacy over all Muslims. They are bent on world conquest. They want to destroy Israel, Europe, America. They want to extinguish freedom. They want to end the modern world,” he added.
Netanyahu described the branches of “militant Islam,” which he said includes the rulers of Iran’s Revolutionary Guards and al Qaeda.
“Despite their differences,” he said, “they’re all rooted in the same bitter soil of intolerance.”
“That intolerance is directed first to their fellow Muslims, then to Christians, Jews, Buddhists, Hindus, secular people - anyone who doesn’t submit to their unforgiving creed. They want to drag humanity back to an age of unquestioning dogma, unrelenting conflict,” Netanyahu said.

“They want to drag humanity back to an age of unquestioning dogma, unrelenting conflict. I’m sure of one thing: ultimately, they will fail. Ultimately, light will penetrate the darkness,” he added.
Posted by Max Solbrekken at 4:57 PM