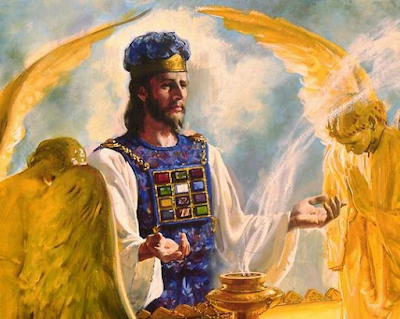 LAST NIGHT AS I LAY SLEEPING A DREAM CAME TO ME.
I DREAMED ABOUT THE END OF TIME, ABOUT ETERNITY.
I SAW A MILLION SINNERS FALL ON THEIR FACE AND PRAY
THE LORD JUST SADLY LOOKED AT THEM AND THIS I HEARD HIM SAY:
SORRY, I NEVER KNEW YOU, I HAVE NO RECORD OF YOUR BIRTH.
SORRY, I NEVER KNEW YOU GO SERVE THE ONE THAT YOU SERVED WHILE ON EARTH.

WELL I THOUGHT THAT THE TIME HAS SURELY COME WHEN I MUST FACE MY TRIALS
AND I TOLD THE LORD THAT I HAD BEEN A CHRISTIAN ALL THE WHILE.
AND THROUGH HIS BOOK HE TOOK A LOOK AND SADLY SHOOK HIS HEAD
HE PLACED ME OVER ON THE LEFT AND THIS IS WHAT HE SAID:SORRY, I NEVER KNEW YOU, I HAVE NO RECORD OF YOUR BIRTH.
SORRY, I NEVER KNEW YOU GO SERVE THE ONE THAT YOU SERVED WHILE ON EARTH.

WELL I SAW MY WIFE AND CHILDREN, I HEARD THEIR LOVING VOICE.
THEY MUST HAVE BEEN SO HAPPY, O HOW THEY DID REJOICE.
THEIR ROBES OF WHITE AROUND THEM, A CROWN UPON THEIR HEAD.
MY LITTLE GIRL LOOKED UP TO ME AND THIS IS WHAT SHE SAID:
DADDY, WE CAN'T GO WITH YOU, WE MUST DWELL IN THE JOY OF OUR LORD.
SORRY, BUT WE STILL LOVE YOU, BUT YOU'LL NEVER BE OUR DADDY ANYMORE.

AND THEN I AWAKENED, THE TEARS WERE IN MY EYES
AND LOOKING ALL AROUND ME AND THERE TO MY SURPRISE
THERE WAS MY WIFE AND CHILDREN, I KNEW IT WAS A DREAM.
SO KNEELING AT MY BEDSIDE YOU SHOULD HAVE HEARD ME SCREAM!
FATHER WHO ART IN HEAVEN, I KNOW YOU GAVE YOUR ONLY SON.
FORGIVE ME AND LET ME SERVE THEE, FOR I WANT TO BE READY WHEN HE COMES