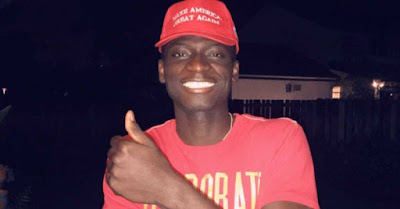 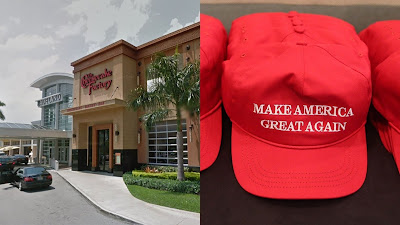 The Cheesecake Factory is investigating an incident at one of its Miami locations after a black customer claims he was verbally attacked by staff over his “Make America Great Again” hat, The Daily Wire reports.
Eugenior Joseph, 22, was reportedly dining with his girlfriend’s family at the Dadeland Mall location of the restaurant on Mother’s Day. His MAGA hat allegedly drew the attention of a female staff member, who gathered her co-workers to confront him, a witness told the site. The witness further claimed about a dozen of those employees circled his table,
"So then all the employees started standing there, saying things out loud, like, 'I'm going to knock his head in so hard his hat's going to come off," the source said.
Other witnesses for The Daily Wire said some employees used the n-word in reference to Joseph when speaking among themselves, while another brandished his fists.
Joseph himself told The Daily Wire that one employee stood behind him, "balling his fists, smacking his fists, trying to scare me."
At one point, Joseph claims he and his girlfriend got up to use the restroom and, upon exiting, were greeted by the employees, who were “clapping and yelling, and just screaming things at me.”
The kitchen staff also allegedly booed him as he walked by.
Posted by Max Solbrekken at 10:18 AM