Canada's beloved Cree Indian Chief Rev. Frank Mirasty with his precious wife Neva sat down with me for about one hour and twenly minutes relating their amazing life story on November 16, 2014. You must see the video- Pastor Max Solbrekken 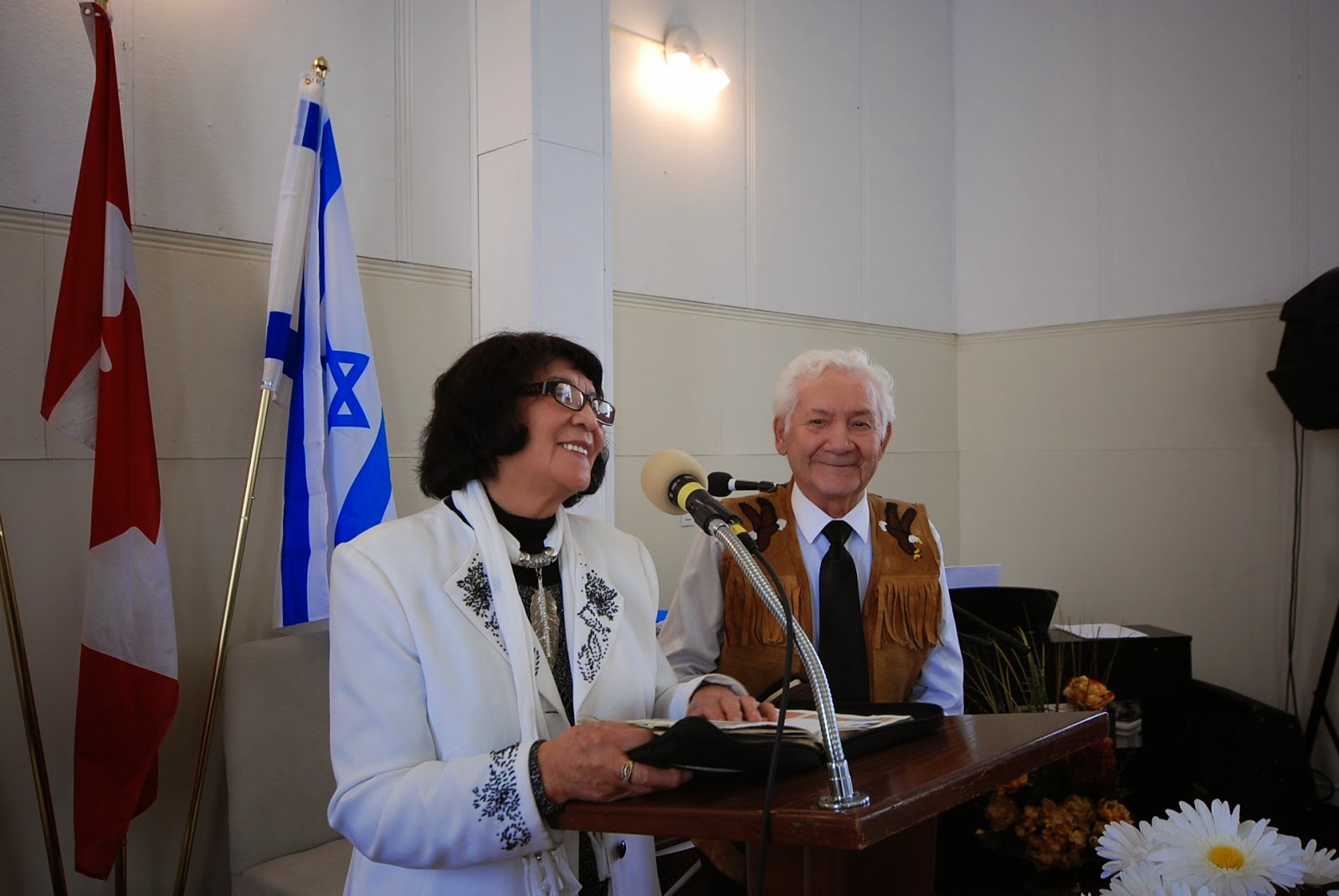 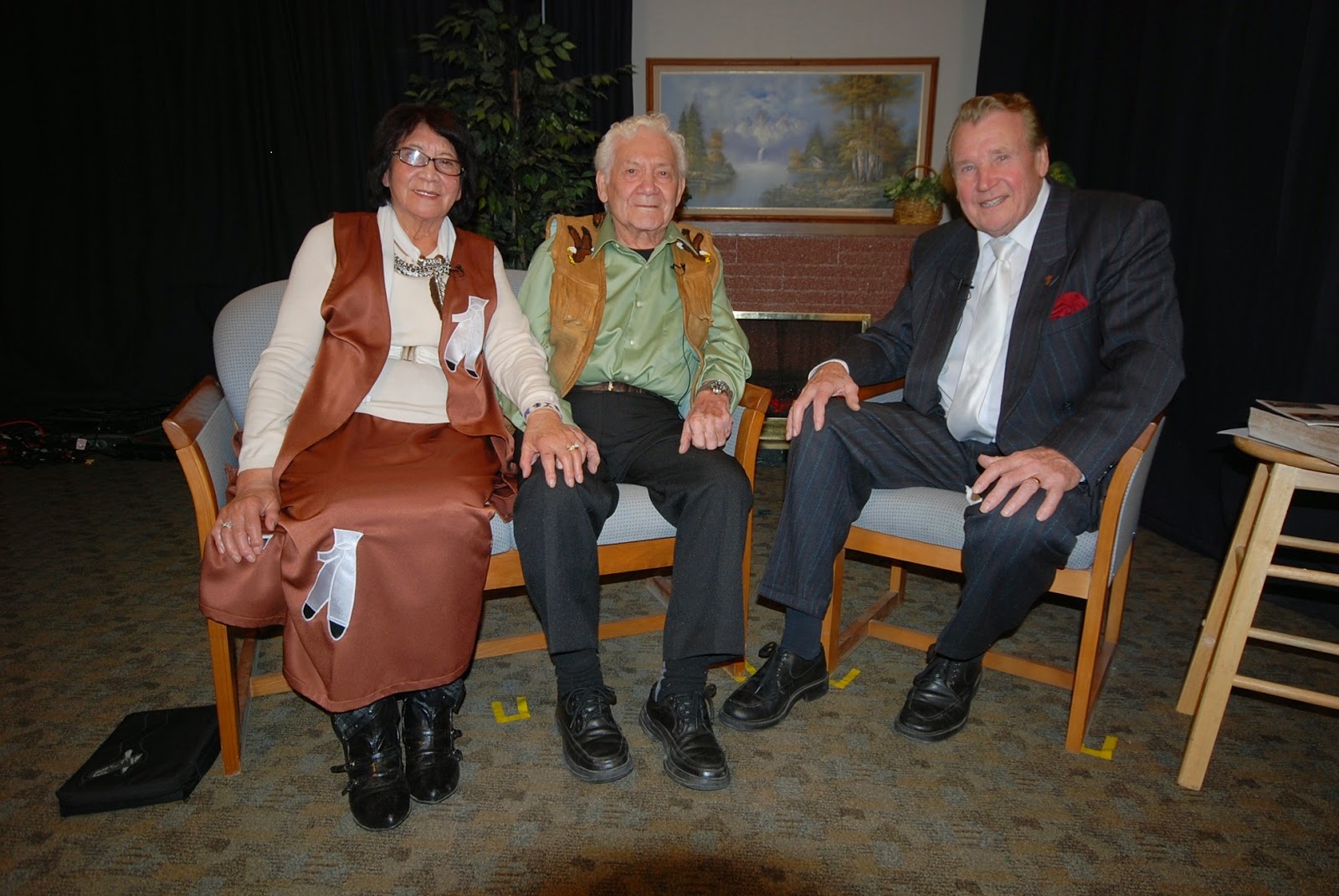 Dr. Max Solbrekken wih Rev. Frank &Neva Mirasty
on Community 10 TV Camrose AB Nov. 16, 2014.
This amazing video will be available shortly. They tell their powerful testimony. In 1972 Neva was very ill scheduled for surgery. The Roman Catholic priest refused to pray for her. Neva was fearful of dying. Shortly thereafter, someone was passing out Max Solbrekken's Cry of His Coming magazines in the hospital. She read that a Healing Crusade was being conducted in Edmonton. She asked her husband Frank, who was the Chief of the Flying Dust Reservation, to take her to Edmonton.  He was angry and refused. Neva wouldn't give up. She coaxed her nephew to take her.
Neva had never been in a Protestant Church and was amazed at the miracles that were happening at the Edmonton Revival Centre. When Pastor Max prayed for her a bright light appeared before her and she was instantly baptized with the Holy Spirit and healed spiritually and physically.
Chief Frank was excited about her healing but angry because she was reading her BIBLE so much and constantly talking about JESUS. He said she was crazy and threatened to commit her to an insane asylum. He threw her Bible on the floor and told an American Evangelist to get off the reservation.
While tracking a wounded moose, Frank got lost and almost died. He cried out to God to help him. He had fallen asleep and his legs were frozen but God awakened him and was able to retrace his steps and found his jacket and built a small fire, and was later rescued. He gave his heart to Jesus Christ in 1973 and since that time Frank and Neva have won hundreds of souls to Jesus Christ and affected thousands of lives for our Saviour.
Posted by Max Solbrekken at 10:09 AM