O' Canada! Is this only the beginning or just a taste of what is yet to come to our beloved Nation? The Holy Bible warns:"...Woe unto the inhabitants of the earth...for the Devil is come down unto you, having great wrath, because he knows he has but a short time." (Revelation 12:12). This horrendous attack was the work of the Devil. Our Gracious Heavenly Father gave His Son Jesus Christ as His Pascal Lamb to die on the cross for the sins of the world. One day all unrepentant Sinners will be judged by the True God, Jesus Christ our Lord. Through Christ's vicarious death and glorious resurrection we are forgiven and liberated from the power of Sin and Satan and filled with His Holy Spirit. My prayer is that all Jihadists will fall on their faces before Almighty God and ask for His forgiveness and receive Jesus Christ as their Saviour and Lord! - Pastor Max Solbrekken 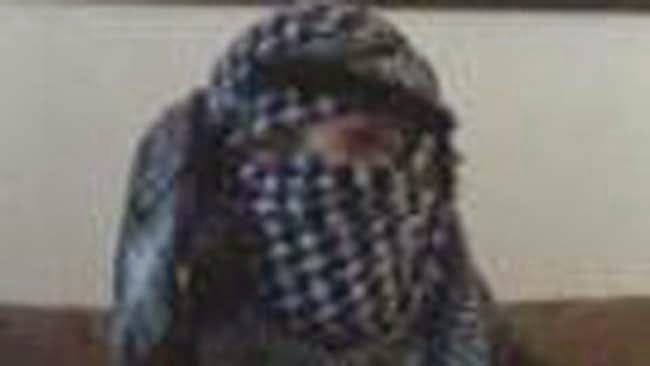 Martin Couture-Rouleau is pictured in this undated handout photo. Handout/QMI Agency
Soldier dead after attack in Quebec
SAINT-JEAN-SUR-RICHELIEU, Que. – A Quebecer shot dead by police after running down two Canadian soldiers told a 911 operator he was acting in the name of Allah, a police source tells QMI Agency.

Two police sources told QMI Agency that the incident just after 11:30 a.m. was a possible terrorist attack against the unidentified soldiers, one of whom was in critical condition.

Police gunned down Couture-Rouleau, 25, in his hometown of Saint-Jean-sur-Richelieu, 30 minutes south of Montreal on Monday morning.

He had led police on a chase after mowing down a uniformed and a plainclothes soldier in the parking lot of an auto-insurance outlet.

A source says the suspect called 911 during the chase to say that he carried out his acts in the name of Allah.
Prime Minister Stephen Harper said the attack left him “troubled” and his office says the dead suspect was “known to federal authorities, including the Integrated National Security Enforcement Team.
“Federal authorities have confirmed that there are clear indications that the individual had become radicalized,” the PMO said in a statement late Monday.
“As Canada’s national security agencies have said, Canadians should remain vigilant.”
The PMO said Harper was briefed by RCMP Commissioner Bob Paulson, Chief of Defence Staff Gen. Tom Lawson and National Security Adviser Stephen Rigby.
Couture-Rouleau became known to the RCMP after a relative alerted police to the man’s terrorist leanings, a police source told QMI Agency.
A neighbor told QMI that Couture-Rouleau had grown out his beard and started wearing a turban after converting to Islam a year ago. It appears that the suspect posted jihadist propaganda to the Internet under the name Ahmad Rouleau.
A Facebook page under the name Ahmad Rouleau, created in May 2013, included a number of verses from the Qu'ran.
The suspect drove off after running down the soldiers. Cops gave chase and the suspect lost control and rolled his car, which came to rest on its roof at the bottom of a ditch.
The suspect allegedly crawled out a window with a long knife and an eyewitness said the man charged at a woman police officer.
“I heard them (police) shout several times, ‘Get out of the car, get out of the car and raise your hands,’” the woman said. “The man got out and charged towards the policewoman. Then that’s when we heard seven gunshots, then the man was on the ground.”
Another eyewitness said the suspect put his hands up at first, then “charged like a bull” towards the policewoman before seven or eight gunshots rang out.
A knife could be seen stuck in the grass near the flipped car. A curved, ornamental handle protruded into the air.
One witness said police put down a spike belt during the chase but she wasn’t sure whether the suspect crashed after running over it or trying to avoid it.
Speaking Monday afternoon in the House of Commons, Tory MP Randy Hoback asked about “unconfirmed reports of a possible terror attack against two members of the Canadian Armed Forces.
“Can the Prime Minister please update this House on this matter?”
Harper replied: “We are aware of these reports that are very troubling. Our thoughts and our prayers are with the victims and the families.
“We are following the situation very closely and will make available all of the resources of the federal government.” The soldiers were hit less than 3 km from the French-language Royal Military College Saint-Jean.
-With files from Brian Daly, Marie-Laurence Delainey

Posted by Max Solbrekken at 4:46 PM