Jesus Christ is the same yesterday, Today and Forever." (Hebrews 13:8) He is the One Who was dead but He is alive forevermore. Why do you seek the Living One among the dead, carnal and pagan religions? Come to the Saviour of the world! Christ had died! Christ is Risen! Christ will Come again! (Revelation 1:1-18) - Pastor Max Solbrekken 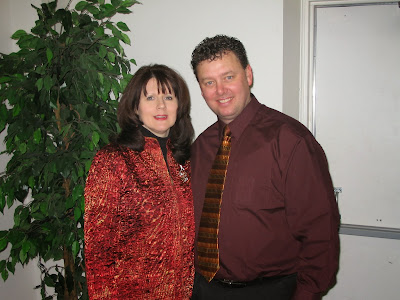 Rev. Lonnie & Becky Sim
The first snow fell, the roads were poor and the temperature dipped to minus 28 on Sunday night November 10, 2013, yet the brave  people of Saskatchewan came with hungering hearts and joyous spirits to hear the Word of the Lord!
Rev. Allan O'Soup and his wife Carole had  organized the Crusade. Thirteen years ago the O'Soups returned to his birthplace on the Key Reserve after 17 years of successful Tent Ministry across Canada. By God's grace, they have grown to a fine  congregation.
In August 1960, I conducted a one week Gospel Crusade in the Legion Hall in Norquay. Last Sunday night 53 years later, I spoke in that same Hall. My message was titled, 'The Blood of Jesus Demands A Hearing'. It was powerful weekend and many great things happened which we will report on later.
I met the grandson of Spencer O' Soup who had invited me and members of my family to conduct a service in his yard on the Key Reserve on August 7, 1960, fifty three years ago!
We are seriously considering bringing our Big Gospel Tent to Norquay, SK for Gospel Crusade in the summer of 2014. Join with us for that entire area ti be swept into the Kingdom of God! Amen.
Posted by Max Solbrekken at 7:13 PM