IS America's Pro Abortion, Pro Same Sex Marriage, Pro Left Wing Socialism, Pro Bankrupting America President Helping to Engineer the Destruction of Israel? QUESTION: Is Israel still the 'Apple of His Eye"? Judge Robert Bork wrote the book, 'Slouching Toward Gommorah' .IS JUDGMENT ON IT'S WAY? IS THIS THE FINAL STRAW that breaks the camel's back? Will God allow the the Second Halocaust? Will God Defend Israel? I Believe He will. Christians everywhere must pray for Israel.!!! - Pastor Max Solbrekken 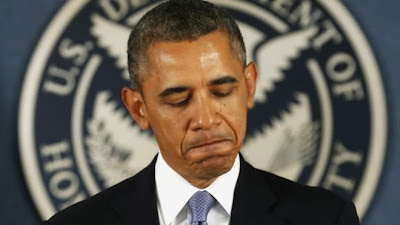 
JERUSALEM –  Israel's prime minister harshly condemned the international community's nuclear deal with Iran on Sunday, calling it a "historic mistake" and saying he was not bound by the agreement.
Speaking to his Cabinet, Prime Minister Benjamin Netanyahu said the world had become a "more dangerous place" as a result of the deal and reiterated a long-standing threat to use military action against Iran if needed, declaring that Israel "has the right and the duty to defend itself by itself."
Israel believes Iran is trying to develop a nuclear weapon, and in the weeks leading up to Sunday's agreement, Netanyahu had warned the emerging deal was insufficient.
He had called for increased pressure on Iran, and warned that any relief from economic sanctions would make Iran less willing to compromise during a coming, six-month period aimed at reaching a final agreement.
Netanyahu told his Cabinet that Sunday's deal gave Iran much-needed relief from the sanctions, but left most of Iran's nuclear infrastructure intact. In particular, he cited Iran's continued ability to enrich uranium, a key step in making a nuclear bomb.
"What was reached last night in Geneva is not a historic agreement, it is a historic mistake," Netanyahu said. "Today the world became a much more dangerous place because the most dangerous regime in the world made a significant step in obtaining the most dangerous weapons in the world."
Voicing what he called Israel's right to self-defense, he said, "I want to clarify that Israel will not let Iran develop nuclear military capability."
Earlier, Netanyahu's Cabinet minister for intelligence issues, Yuval Steinitz, said the deal was based on "Iranian deception and (international) self-delusion."
Yet he and other officials said Israel would have to turn its focus to the outcome of the final negotiations.
The exact details of Sunday's deal, hammered out in Geneva between six world powers and Iran, were not immediately known. Israel was not a participant in the talks but remained in close touch with the U.S. and other allies during the negotiations.
In a statement, the White House called the nuclear agreement an "initial, six-month step." Over the coming six months, the world powers and Iran will try to reach a final agreement that the White House said would ensure that Iran never develops a nuclear bomb.
The statement said the deal limits Iran's existing stockpiles of enriched uranium, and curbs the number and capabilities of the centrifuges used to enrich and would limit Iran's ability to produce "weapons-grade plutonium" from a reactor in the advanced stages of construction. It also said there would be "intrusive monitoring" of Iran's nuclear program.
The statement also played down the extent of the relief from international sanctions, noting the "key oil, banking and financial sanctions architecture remains in place." It said any relief would be revoked if Iran did not keep its commitments.
Israel had called for far tougher measures, saying that stockpiles of enriched uranium should be removed from the country, all enrichment activity should be halted and the plutonium-producing facility should be dismantled.
Israel considers a nuclear-armed Iran a threat to its very survival, citing Iranian calls for Israel's destruction, its development of long-range missiles capable of striking Israel and Iran's support for hostile militant groups along Israel's borders. It dismisses Iranian claims that the nuclear program is for peaceful purposes.
In recent years, Israel has repeatedly threatened to carry out a military strike against Iran's nuclear facilities if it concludes international diplomacy has failed to curb the Iranian nuclear program.
But if military action was difficult before, it seems all but impossible in the current climate.
"Israel doesn't have legitimacy right now ... to conduct an independent military option against Iranian installations," said Yoel Guzansky, a former Israeli National Security Council staffer who was responsible for monitoring the Iranian nuclear program.
"How can Israel, after the entire international community sat with Iran, shook hands with Iran and signed an agreement, operate independently?" he said. "It will be seen as someone who sabotages 10 years of trying to get Iran to the table and trying to get a deal."
Posted by Max Solbrekken at 5:30 AM