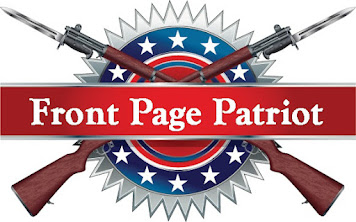 The Act, which is being invoked for the first time in Canada’s history, gives PM Trudeau’s government the power to bring out the military, suspend freedom of movement or assembly, and take control of private finances.

PM Trudeau has stated that he has no intention of putting Canadian soldiers on the streets, but he has made it clear that he is eager to go after the finances of anyone involved in the protests, a move that would include seizing private bank accounts of protesters.

He is also threatening to arrest tow truck drivers who refuse to tow protesters’ trucks and other vehicles while Deputy Prime Minister Chrystia Freeland has threatened protesters who own a business with the freezing of their corporate accounts and suspension of their vehicles’ insurance policy.

Canada’s Civil Liberties Association has rightly noted that the protests do not “seriously threaten the ability of the Government of Canada to preserve the sovereignty, security and territorial integrity of Canada” and stated that the current use of the act “threatens our democracy and our civil liberties.”

Quebec Premier Francois Legault has said the use of the Act pours “oil on the fire” of the protests while Manitoba Premier Heather Stefanson says the use of the act is “not constructive”.

However, there is one politician who is not only pleased with Canada’s use of the Emergencies Act but who may have egged PM Trudeau on in invoking the act in the first place.

It’s no secret that Prime Minister Trudeau spoke with United States President Joe Biden just days before invoking the Emergencies Act, and it’s also no secret that President Biden urged his Canadian counterpart to take measures to clear the Ambassador Bridge, which had been blocked by protesting truckers.

It’s not hard to see why President Biden would urge Canadian Prime Minister Justin Trudeau to invoke the Emergencies Act.

The blockage of international travel was having a huge impact on American industry and manufacturing at a time when the Biden Regime’s mismanagement of the economy is already wreaking havoc on companies throughout the nation.

What’s more, rumors that U.S. truckers are planning similar protests on U.S. soil have members of the Biden Regime on edge.

Truckers account for 70% of all food transportation in the United States; a trucker protest in the nation would wreak havoc on already strained supply lines and exacerbate inflation that is eating away at American savings and Biden’s approval ratings.

PM Justin Trudeau’s decision to give his administration emergency powers and revoke basic civil rights for tens of millions of Canadians, coupled with what appears to be an attempt to create a “false flag” event to make the protesting truckers look like dangerous right-wingers, makes it clear that he cares nothing about the valid concerns of his nation’s citizens but is rather eager to do whatever it takes to push his agenda at all costs.