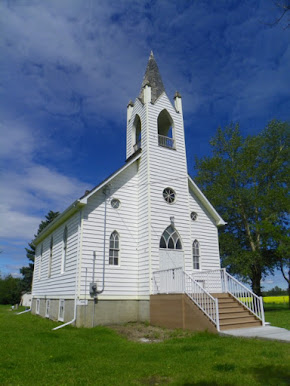 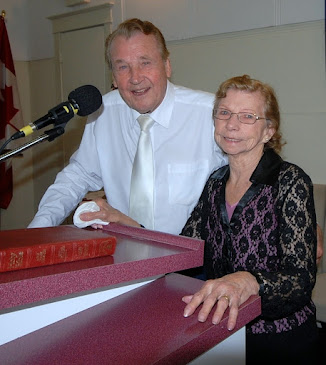 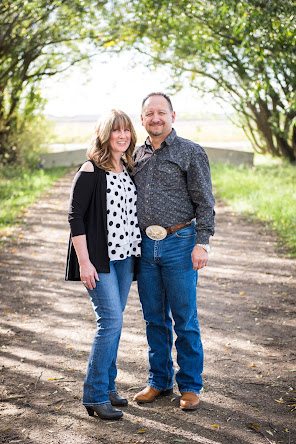 It is amazing how our Lord leads and guides by His blessed Holy Spirit and very often we do not see the results until years later. Here is a little of our recent history which shows His care and concern as well as well as provision for all our needs.

In 2007, after successful crusades with missionary Jan Ernst Gabrielsen in Norway and Africa (Sudan, including Darfur, and Cairo, Egypt), we were preaching among Canada’s Native people. Pastor Terry Severson at the Sturgis Evangelical Church arranged some Revival meetings in Saskatchewan.

Donna and I stopped in Saskatoon to have lunch with a local minister and we discussed the need for a revival in that area. We were planning another large crusade in India, but God spoke to me to accept an offer to buy an old Jewish Synagogue there. There were two lots with a second building abutting the synagogue. The cost was $169,500.00. Almost immediately, we began revival meetings and 'Christ the Healer Gospel Church' was born.

With help from architect Dan Custer and the expert workmanship of our son John as foreman of the project, we joined the two buildings together with a spacious new entrance and foyer. The cost was several hundred thousand dollars. One day, I got a call from an old friend.  He said, “Brother Max, I'm in Saskatoon and need to see you.” It was near noon and we agreed to meet at a little restaurant.  I asked Donna to join us, but she was working alongside John and too busy to stop for lunch. After my friend and I had eaten he said, “We have just relocated and do not have a home church. God told me to give you some tithes.” Pulling out his cheque book, he asked, “How much should I make it out for?”

I answered, “My brother, you said that God had spoken to you. Don't ask me. Ask Him.” He wrote out the cheque and handed it to me. It was $50,000.00. This young man whose family I had helped many years earlier, was so successful in business that he kept sending us large sums of money. All our debts were paid and there was money for missions as our congregation in Saskatoon grew.

In 2010, we were asked to salvage the old Moravian Church on Highway #623, south of New Sarepta, AB. It had been taken off the list as a church and sold as a real estate venture. Things did not go well for the enterprising preacher and he owed more than $100,000. The County, however, made a way for him to cede the property to a Religious Organization, and they would forgive the debt.

When we were approached, I did not want to get involved. My respect, however, for Count Zinzendorf and the Moravians, and lifting-up a fallen standard for Jesus Christ made me accept the challenge! The House of Prayer Gospel Church was born, and we have been labouring there ever since.

Our many talented son John set aside his own pursuits and laboured intensively at minimum wages for many months in renewing the building. Donna worked long hours as his helper and 'go for'.

The Holy Spirit sent Jay and Nancy Compton to help us. What an amazing team they were!  Pastor Jack and Maureen Super contributed greatly for seven years. The Peterson Family Band have faithfully led worship and together with Selia Mitanski have glorified God in music and song. And other Ministers laboured with us in the work of the Ministry.

On January 1, 2018, after ten years of hard work, we gifted (along with $20,000) the property and Congregation of Christ the Healer Gospel Church to Torro Ministries and Pastor Terry Severson of Saskatoon, SK. God's rich blessings are resting on them as they possess the area for Christ! Amen.

Some people have asked, “What has happened to our beloved Moravian Church?” Just like Jesus answered interested persons, I say: ‘COME & SEE’. The Church is the same, except everything that was falling apart has been replaced! The cost in the reconstruction of the old Moravian Church was very large. The same dear friend who came to us in Saskatoon to give us some tithes, helped us financially in this project as well.

We put new shingles on the roof, laid a beautiful concrete side walk to the gate, tore out the rotting deck and front steps and replaced it with a sturdy expensive front landing and steps, and at the rear we built a landing and steps. We shored up the balcony with two engineered beams to make it safe. We built a new raised platform, painted the sanctuary, put in new lights.

WE HAULED AWAY TONS OF GARBAGE!

We ripped out the horrible dilapidated basement and put in new wiring, new cement floor, repaired all the cracks in the cement walls of the basement, insulated, dry walled and painted the entire basement and the ceiling and put in a new furnace, new kitchen, two new washrooms, brought in power and natural gas and a 2000 gallon cistern so that we can have water to wash and flush the toilets, as the well has gone dry and the water was undrinkable.

People had been living in the sanctuary for about four years! We hauled away tons of garbage and junk, burned the old toilet and loads of old lumber, cleaned up the area and have brought in a 65-foot house trailer. We rescued four pews from the Old Church which we have sanded and varnished, two of which we are using at the back of the sanctuary.

A Funeral Home in Estevan, SK gave us thirteen beautiful 12-foot pews which now grace the sanctuary! A good friend, Ken Rosin, rented a large truck in Regina and transported them to the House of Prayer on Highway 623, AB. The Alberta Heritage restored the sign out front with the History of the Moravian Church. Everyone who has visited us is more than grateful!

For the past year Donna and I have been praying in faith and patiently waiting for the Lord to send us someone with the ability to lead and expand the work, which we have cared for during the past eleven years. We asked God for someone we could trust. Several weeks ago, the name of Pastor Ben Kellert suddenly came into my mind with the assurance that he was a man whom we could trust to oversee the Ministry at the House of Prayer on Hwy 623.

I said, “Donna, God has just spoken to me to call Ben Kellert.” She said, “I don’t know him. Who is he?” I answered, “He is the Mayor of Killam, pastors a church, is an auctioneer and last year evangelized in 15 churches in the region.

When I called him with my proposal, it was if he was waiting for my call!

We have been in fellowship with the Kellert Family since 1965, when Ben’s mother received a miracle of God. While his sister Linda was attending Bible School, she had accidentally cut ¼ inch off her finger. We prayed in Jesus’ name and believed for a miracle. In the morning her finger was normal. To God be the glory!

Donna and I pray God’s blessings upon Pastor Ben and Tanny Kellert and their Ministry! Amen.

In the love of Jesus & His Gospel,

Posted by Max Solbrekken at 2:22 PM