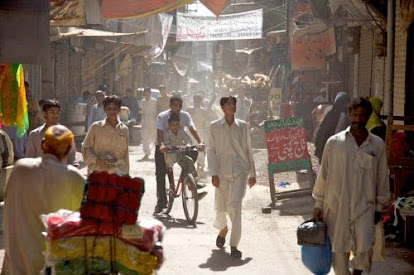 As Hindu nationalist politics and social intimidation continue to threaten the free exercise of religion in India, eight families in the Chhattisgarh state have been threatened with a social boycott and violence for refusing to denounce their Christian faith.

Religious freedom is guaranteed by India’s constitution, but religious minorities like Christians are often the target of intimidation and even violence by increasingly militant Hindu nationalists as so-called anti-conversion laws are often weaponized against them.

According to International Christian Concern, residents of the village of Bansgoam told them that eight families were summoned to a meeting where roughly 100 community members told them to denounce their faith in Jesus.

They were told that the village’s gods and goddesses were angry at their Christian faith.

When the families refused, villagers shouted at them that they must either denounce Christianity or leave the village, and otherwise, they would be denied the right to walk on roads, bury their dead, be paid for labor, and have access to the local well.

“Following the village meeting, the leaders put a lock on the tub well where the drinking water is drawn from,” Ganesh, a Christian villager, told ICC. “The villagers continue to threaten that they will drive us out of the village and kill us. We are holding our lives in our hands and feel very unsafe in the village. No one in the village is even talking to us.”

The Christian families informed local authorities of the threats in late November and were assured it would be dealt with. However, as of December 3, nothing had been done.

We have reported on several disturbing acts of intimidation against Christians in India this year, including a Hindu nationalist rally in which local leaders called for people to be dragged from Churches, a violent mob that attacked a church during service, and one instance of Christians being told they were not allowed to meet for worship on Sunday.  -- News Item

Posted by Max Solbrekken at 1:52 PM