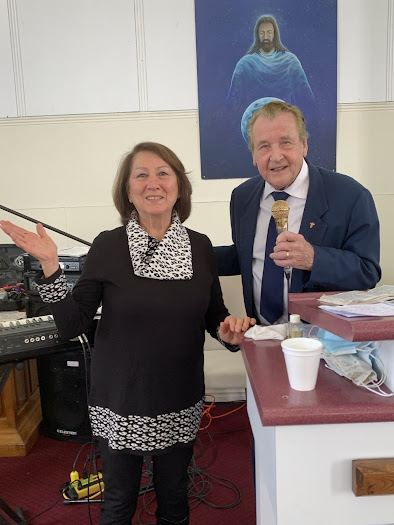 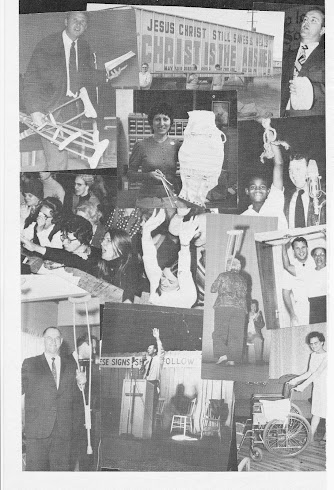 “O GIVE thanks unto the LORD for is good: for His endureth forever. Let the redeemed of the Lord say so, whom He hath redeemed from the hand of the enemy…Oh that men would praise the Lord for His Goodness, and His wonderful works to the children of men.

“He sent His Word and Healed them and Delivered them from their destructions. Oh, that men would praise the Lord for His goodness, and for His wonderful works to the children of men.” (Psalm 107: 1,8,31, 32)

St. Peter wrote: “The Lord is not slack concerning His promise, as some men count slackness; but is longsuffering to us-ward, not willing that any should perish, but that all should come unto repentance.” (2 Peter 3:9).

It is said that every time Simon Peter heard a rooster crow, he fell upon his knees in prayer, as he remembered the awful sins he had committed. Three times he declared that he did not know Jesus of Nazareth. Finally he said that if he wasn't telling the truth, may a curse be on him!

And where would any one of us be without the assurance from God’s Word that He freely forgives us? The Bible says: “Or despises thou the riches of His Goodness and Forbearance and Longsuffering. Not knowing that the goodness of God leadeth thee to repentance?” (Rom. 2: 4).

CHRIST’S BLOOD SHED FOR US!

Herein lies the Key of Victory in Christ: God’s Goodness leads us to repentance! Can anyone charge God with being unfair? No one could speak such nonsense in the face of the great love, mercy and grace that He poured upon us through the Redemptive Work of His Son on the Cross at Golgotha!

Certainly, becoming a child of God through the vicarious death of Jesus Christ is the greatest miracle of all! Nothing is greater than being born again through our faith in the shed Blood of Jesus Christ! The Resurrection of Jesus Christ from the dead sealed Satan’s total defeat and our eternal destiny as children of God and partakers of Christ’s Kingdom for ever and ever!

The Bible says: “Wherefore He is able also to save them to the uttermost that come unto God through Him, seeing He ever liveth to make intercession for them. For such an High Priest became us, who is holy, harmless, undefiled, separate from sinners, and made higher than the heavens;

“Who needeth not daily, as those high priests, to offer up sacrifice, first for His own sins, and then for the people’s: for this He did Once, when He offered up Himself.” (Heb.7: 25-27)

“Neither by the blood of goats and calves, but by His own blood He entered in once into the Holy Place, having obtained Eternal Redemption for us. For if the blood of bulls and goats, and the ashes of an heifer sprinkling the clean, sanctifieth to the purifying of the flesh:

“How much more shall the Blood of Christ, who through the Eternal Spirit offered Himself without spot to God, Purge your conscience from dead works to serve the Living God.” (Heb. 9:12-14)

ENTER INTO THE HOLIEST!

“This is the Covenant that I will make with them after those days, saith the Lord, I will put my laws into their hearts, and in their minds will I write them: And their sins and iniquities will I remember no more.

“Now where remission of these is, there is no more offering for sin. Having therefore, brethren, boldness to enter into the Holiest by the Blood of Jesus, by a new and living way, which He hath consecrated for us, through the veil, that is to say, His flesh.” (Heb. 10:16-20)

The Bible says: “Now the God of Peace, that brought again from the dead our Lord Jesus, that great Shepherd of the sheep, through the Blood of the Everlasting Covenant, make you perfect in every good work to do His will, working in you that which is well pleasing in His sight, through Jesus Christ; to whom be glory forever and ever. Amen.” (Heb. 13:20, 21)

For more than 50 years we have seen God’s miracles as we have prayed in Jesus’ precious Name for His healing hand to do miracles, according to His Holy Word. In 1964 we began publishing the ‘Cry of His Coming’ and we have kept copies of nearly everyone together with my messages on radio dating back to 1961.

THE MIRACLE IS STILL GOOD TODAY!

In the November 1985 Magazine, we carried the amazing testimony of Yvonne Trigg of Calgary, Alberta. It was a real delight to hear from her a few weeks ago saying that she was had been unable to contact us earlier and that the miracle God gave her through our ministry in 1975 in our Crusade in the Jubilee Auditorium in Calgary was still good!

Yvonne Trigg wrote: “My Spine was Curved like a Candy Cane and I had two Fused Vertebrae. It was about ten years ago (1975) I went to a meeting in the Jubilee Auditorium in Calgary. A pastor and his wife invited me to attend. I really didn’t know why I went. I sat in the foyer of the auditorium and Brother Solbrekken stopped at my seat and shook my hand.

He said, “Did you want to talk with me?” And I said, “Yes”, but I don’t know why I said that because I had not really planned to talk with him. After a short conversation he prayed with me and asked me to go into the auditorium and listen to his message. I remember him making the altar call. I don’t remember what his message was, but when he asked who would like to accept the Lord, I hesitated.

Pastor Max then asked, “Is there someone here who would like to walk with Jesus, but you don’t think you are ready?” And I thought, “It’s me because I’m dancing, drinking and doing things I was not supposed to do and I thought, I’ve got to get myself right first.”

But praise God that night he said, “Take the first step and stand.” I was weeping and I didn’t know why, but I know my heart was crying out to God. He then asked us to take the second step and come to the altar, so I made my way down and I was really weeping.

He said, “Kneel down.” And I knelt down and I was really weeping and I stayed kneeling for about ten or fifteen minutes. Then Pastor Solbrekken said, “Lift your hands up.” And everyone else was praising the Lord.

I didn’t know why I was crying but I knew that I had received Jesus! Brother Solbrekken laid his hands on me that night. I didn’t know anything about deliverance, but God knew that I needed deliverance. So Brother Solbrekken laid his hands on me and I could hear these voices – they did not want to come out and I thought, “God stop this man.” These voices, and my head was spinning and I knew it was demons coming out of me!

Praise the Lord, after that was through, Brother Solbrekken asked me to come on the platform and sit on a chair. He said that God was going to heal my back. I thought, “Oh well, if God is going to heal my back that is really good because I had been told just prior that I was handicapped with my back.

One of my legs had been pulled back because due to a terrible spinal problem and when Brother Solbrekken prayed my legs normalized, the terrible pain was gone and I was well! When I stood to my feet, I was a new woman! I jumped up and down a little bit and the next morning, my twins who were them about six years old, whom I was unable to carry were excited when I told them about the miracle.

I said to the children, “I’m healed!” They said, “Yippee”, and they ran to me and I carried them, and my back has never been sore again!

I went to the doctor and asked, “Would you please take more x-rays?” He said, they didn’t have to because they already knew what was wrong. I said, “Take them one more time and I’ll never come back again.” He did and when I returned for the results, he told me that there was nothing wrong with my back. Yet, he had all the documents that recorded all that was wrong with my spine.

He had stated earlier that operating on my spine might damage it even more. And now he had new evidence that my spine was perfectly normal. And there has not been anything wrong with my spine ever since! Hallelujah!

The Lord did heal me that night and I was HEALED spiritually, physically and mentally. When Brother Solbrekken prayed for me, I was taking nerve pills and sleeping pills because I was going dancing three times a week. I was on my fourth and that was on Sunday afternoons

I had planned my Sunday afternoons for dancing and that’s when the Lord brought me in! That night I asked Brother Solbrekken I’d like him to pray for one more thing, and that was for those nerve and sleeping pills I was taking. I went home and slept like a baby! I never had to take the pills again! Praise the Lord, I am so happy!

Pastor Solbrekken asked me, “Yvonne, what did the doctor say was wrong with your spine? What was the disease?” I answered, “My spine was like a candy cane and then I had two vertebras growing together. You don’t have any discs in the lower part of your back but I had one there and its not supposed to be there. So, all that has been corrected!”

GOOD NEWS: The above was from a Radio interview I had with Yonne Trigg in 1985, ten years after the miracle happened. Now in 2020, her son Rodney, who was healed of asthma, informed her that we were in Edmonton. Yvonne stated that after 45 years, her spine is still well! To God be the glory, great things He has done and is still doing! We give Jesus all the honour and glory. Amen.

Posted by Max Solbrekken at 2:28 PM