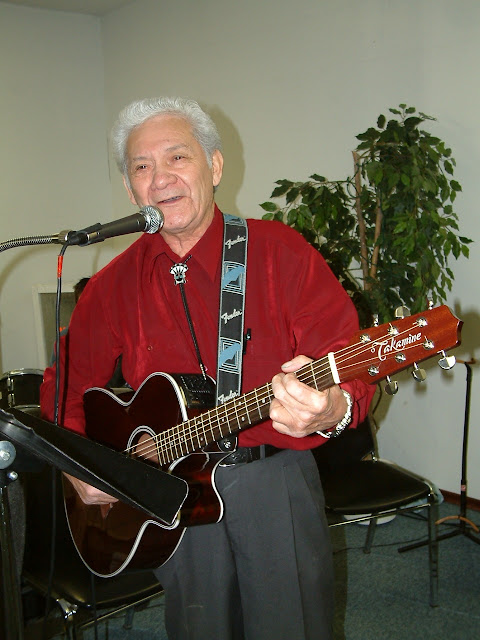 When I received the call from Sandra Fiddler that her father Frank Mirasty had passed away, it brought many good memories to my mind. When she said that Neva wanted me to officiate at the funeral of her beloved husband, I was not surprised. Our friendship goes back for many years!
Frank  Mirasty was the Chief of Flying Dust Indian Reservation and the leader of the Mirasty  Country and Western Dance Band. Frank and Neva were ardent Roman Catholics with a large family of nine children.
In 1972, Neva became quite ill and was taken to the local hospital and realizing the seriousness of her sickness, she asked a Roman Catholic priest to pray for her to be healed. When he replied that he only gave absolution, she stated that when she was little her mother had said that Jesus healed the sick. As he was leaving, she took hold of his coat and said, "Priest, please pray for me", but he walked away without saying another word. She became very discouraged and distressed.
GREAT REVIVAL FILLED OUR CHURCH!
At that very time, we were conducting an indoor Camp Meeting at the Edmonton Revival Centre and many people, including Natives, were being born again and healed. We advertised the Meetings over the radio and in the Cry of His Coming Magazine.
By the will of God, someone in Meadow Lake was handing out the Magazine in the Hospital and gave a copy to Neva. She was excited and asked Frank to drive her to our church in Edmonton. He was enraged, saying that she must be crazy to go to a protestant church since they were Roman Catholics.
Without Frank's knowledge, she signed out of the hospital and her nephew drove her to our crusade! The meeting was on fire with God's great love and healing power when they entered a packed church. The Word of God gripped her soul and she knew that she needed God.
When I asked people to come forward to receive Jesus Christ and His saving and healing power, she came with many more. As I was ministering to them, some fell under the power of God and she wondered why we didn't call an ambulance, and when they got off the floor, she thought they had resurrected.
I AM SICK AND I WANT GOD!
It was all so strange, but she knew that God was present and she wanted Him. When she stood in front of me, she said: "I'm sick and I need God." When I laid my hands upon her head and prayed in Jesus' Name, she fell like she been struck. When she arose she was saved, healed and speaking in tongues and gloriously happy! She exclaimed, "When you prayed a  very strong light came toward me an enveloped me and I lost all my strength."
When she returned home, Frank was filled with joy and felt they should go on a holiday to Banff. They stopped in Calgary overnight and getting up Sunday morning, Frank turned on the TV and our program was playing on CFCN. He switched the channel to CFAC and whose program was on? It was Max Solbrekken's program. He turned it off and said, "I'm, trying to get away from that man. That's all you are talking about ever since you got healed."
Heading toward Banff they drove by a town when suddenly Neva saw a church and blurted out, "I wonder if that is the same kind of church as Max Solbrekken's?" Frank turned the vehicle around and said, "That's it. We're heading home."  About that time, Evangelist Charles Enloe from the USA spent some time ministering with us at Edmonton and I put him in contact with Neva. She asked if he could hold some meetings on the Flying Dust Reserve, but Frank kicked him out.
A VOICE SAID, WAKE UP, FRANK!
Sometime later, Frank was on the road when he saw a moose and though he was not dressed for hunting, he parked his vehicle and shot the moose, wounding it. Following its tracks, Frank was able to kill it. During that time he injured his leg and had a tough time to walk using his rifle to lean on. Eventually, he stopped and was so tired that he began to fall asleep.
He cried out, "Lord, forgive me and save me," and he fell asleep. Then, he heard a voice saying, "Wake up, wake up", and he managed to drag himself toward the road, where his friends were looking for him. They wanted to take him to the hospital but he said, "No, take me home." After recuperating, he told Neva what happened and that God had saved and he was ready to talk to the preacher, Charles Enloe, whom he had chased off the reservation.
The next summer Frank and Neva came to the Old Fashioned Bible Camp at Sandy Beach, Alberta and we met Frank for the first time! Now you know the rest of the story of the man who became a human dynamo for Jesus and had the honour of praying for the judges of Saskatchewan before they began their duties. He was a man among men and yet the humblest among them! To God be the glory. Amen. 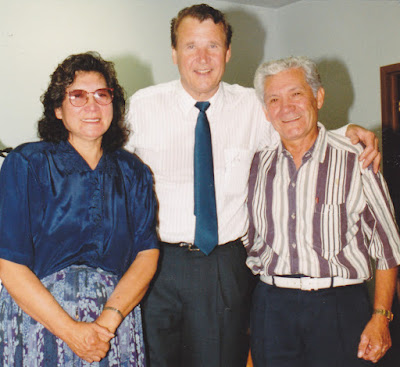 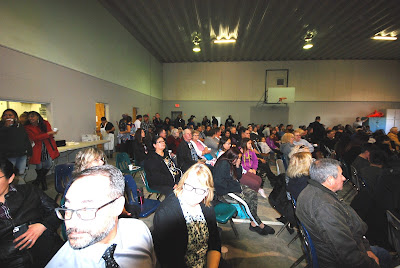 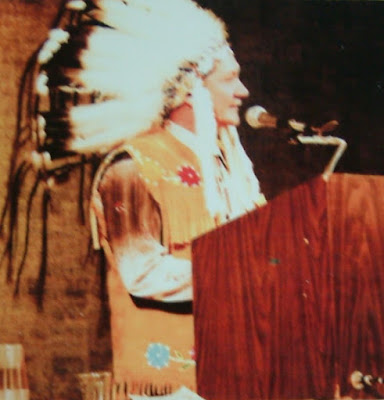