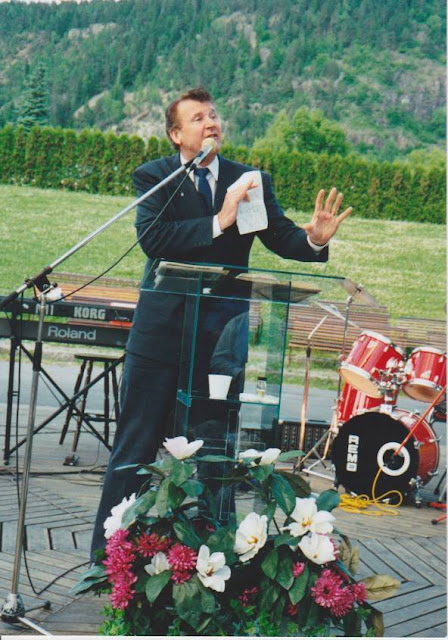 4. HAVE YOU CONSIDERED THE GREATNESS OF THE GOSPEL OF CHRIST?
Do you understand the meaning of the born again experience, becoming a partaker of God's nature and the amazing process of adoption into His kingdom? You may ask: “Why is Jesus so special?” and, “What does His death and resurrection mean to me personally?” Those are two very good questions: Jesus of Nazareth was God the Son from eternity who was incarnated in human flesh so that He could bring us back to God. He wanted His Father to be our Father also. Because of the great rebellion of Lucifer the fallen archangel, sin had come into the world.
Through his deception, lies and hatred for our Heavenly Father and life giver, Satan tempted our first parents to disobey their Maker and God.             Through their sin of high treason against their Heavenly Father, they were driven out of the Garden of Eden which He had created for them. Their rebellion plunged the entire human race into a state of unbelief and hopelessness. When the fullness of time had come, Jesus Christ came to planet earth to destroy Satan's power over us and to bring us all back into fellowship with His Father!
Because the enormity of Adam's sin, Jesus had to die as God's Paschal Lamb, to atone for the sins of the entire world, past, present and future. His precious blood alone brings forgiveness, peace, healing and deliverance to sinful, fearful and dying people across the world today! All honour, praise and glory be unto our precious Lord Jesus, who was CRUCIFIED, but is alive forevermore!
The Bible declares: “Christ was delivered (to the cross) for our offences (sins), and was raised again for our justification. Therefore being justified by faith, we have peace with God through our Lord Jesus Christ.” (Romans 4: 25; 5:1). The word justified means to be declared or made righteous in the sight of God!
Christ knew about us before the foundation of the world. (Rom. 8:28, 29). He was the Lamb slain before the foundation of the world. (Rev.13: 8). He was demeaned, blasphemed, beaten and scourged with the Roman cat-of- nine-tails whip and nailed to the cross for us all. Jesus Christ bore our sins, fears, sicknesses, diseases and pains on that cursed tree. His vicarious death purchased our eternal salvation by meeting the righteous demands of Divine Justice by pouring out His pure and precious sinless BLOOD on our behalf.
“According as He hath chosen us in Him before the foundation of the world, that we should be holy and without blame before Him in love. Having predestinated us unto the adoption of children by Jesus Christ to Himself, according to the good pleasure of His will. To the praise of the glory of His grace, wherein He hath made us accepted in the Beloved.” (Eph. 1:4-7)
Jesus Christ has provided for us a complete salvation which began the moment we received Christ as our personal Saviour and will keep us until we sit down with Him in His Heavenly Kingdom! “For since by man came also the resurrection of the dead. For as in Adam all die, even so in Christ shall all be made alive. But every man in his own order: Christ the first fruits; afterward they that are Christ's at His Coming.” (1 Cor. 15: 21-23)
“Therefore if any man be in Christ, he is a new creature: old things are passed away; behold all things are become new. And all things are of God, who hath reconciled us to Himself by Jesus Christ, and hath given us the ministry of reconciliation; to wit (that is) that God was in Christ, reconciling the world unto Himself, not imputing their trespasses unto them, and hath committed unto us the word of reconciliation.
“For He hath made Him to be sin (sin offering) for us, who knew no sin; that we might be the righteousness of God in Him.” (2 Cor. 5: 17-19, 21); “Grace be to you and peace from God the Father, and from or Lord Jesus Christ, Who gave Himself for our sins, that He might deliver us from this present evil world according to the will of God and our Father; to Whom be glory for ever and ever. Amen.” (Gal. 1:3-5);
“In whom we have redemption through His blood. (Eph. 1: 7) ; “Forasmuch as ye know that ye were not redeemed with corruptible things, as silver and gold, from your vain conversation (lifestyle) received by tradition from your fathers; but with the precious blood of Christ, as of a lamb without blemish and without spot:
"Who verily was foreordained before the foundation of the world, but was manifest in these last times for you. Who by Him do believe in God, that raised Him up from the dead, and gave Him glory: that your faith and hope might be in God.” (1 Peter 1: 18, 19)
The Bible says: “And I beheld, and, lo, in the midst of the throne and of the four beasts, and in the midst of the elders, stood a Lamb as it had been slain, having seven horns and seven eyes, which are the seven Spirits of God sent forth into all the earth.” (Rev. 5: 6)
The Bible says: “Let this mind be in you which was also in Christ Jesus: Who being in the form of God, thought it not robbery to be equal with God: But made Himself equal with God: but made Himself of no reputation, and took upon Him the form of a servant, and was made in the likeness of men: and being found in fashion as a m and became obedient unto death, even the death of the cross.
“Wherefore God also hath highly exalted Him and given Him a name which is above every name: that at the name of Jesus every knee should bow o things in Heaven, and things in earth, and things under the earth; and that every tongue should confess that Jesus Christ is Lord to the glory of God the Father.” (Phil. 2: 5-11)

5.   HAVE YOU CONSIDERED THE LATENESS OF THE HOUR!
The first thing that I noticed when I began reading the Holy Bible regularly was the urgency with which Jesus spoke. A sense of urgency permeated His teachings and His ministry:
“From that time Jesus began to preach, and to say, Repent for the Kingdom of God is at hand. And Jesus walking by the sea of Galilee saw two brethren Simon called Peter and Andrew his brother, casting a net into the sea, for they were fishers. And He saith unto them, Follow Me and I will make you fishers of men.” (Matt. 4: 17-19)
He had just returned from His wilderness temptation and He was already beginning to assemble His disciple team! He rose early in the morning for communion with His Father. There were times that He prayed all night and He encouraged His disciples to pray and to fast.
“And at even, when the sun did set, they brought unto Him all that were diseased, and them that were possessed with devils. And in the morning, rising up a great while before day, He went out, and departed into a solitary place, and there prayed. And Simon and they that were with Him followed after Him. And when they had found Him, they said unto Him, All men seek for thee.
“And He said unto them, Let us go into the next towns, that I may preach there also: for therefore came I forth. And He preached in their synagogues throughout all Galilee and cast out devils.” (Mark 1: 32, 37, 38). He spoke of the cares and pleasures of the world and He warned that Satan was a thief and killer. (John 8: 44; 10: 10)
Jesus taught about planting the seed of God's Word and of the coming harvest. The closer He got to the time of His death He assured His disciples that He had come to suffer and die to purchase redemption for all sinners. And He warned about persecution for His name's sake. (Matt 10:16-22; John 16: 18-21).
And He promised to send the blessed Holy Spirit to lead, guide and empower them to preach His Gospel to the ends of the earth: “Nevertheless I tell you the truth; It expedient for you that I go away: for if I go not away, the comforter will not come unto you; but if I depart, I will send Him unto you. And ye now therefore have sorrow; but I will see again and your hearts shall rejoice, and your joy no man taketh from you.
“And in that day ye shall ask me nothing. Verily, verily, I say unto you, Whatsoever ye shall ask the Father in My name, He will give it you.” (John 16: 7, 22-23)
6.    HAS THE HOLY SPIRIT BREATHED HIS PROMISE INTO YOUR SPIRIT?
Have you heard His voice asking you to surrender totally to His CALL on your life? Has the Holy Spirit breathed into your heart the assurance that  He will be with you always, help you through all problems and give you the power to preach the Gospel, heal the sick, cast out devils and work the works of  Christ? Have you heard the call of  the Holy Spirit to pray for labourers for His  Vineyard? Are you prepared to lay your all on the altar of sacrifice for Jesus Christ?
The Bible says: “Jesus said unto them, come ye after Me, and I shall make you to become fishers of men.” (Mark 1: 17); "And when He had called the people unto him with His disciples also, He said unto them, Whosoever will come after Me, let him deny himself, and take up his cross, and follow Me.     For whosoever will save his life shall lose it; but whosoever shall lose his life for My sake and the gospel's, the same shall save it.
“For what shall it profit a man, if he gain the whole world, and lose his own soul? Whosoever, therefore, shall be ashamed of Me and My words in this adulterous and sinful generation; of him also shall the Son of man be ashamed when He cometh in the glory of His Father with the Holy angels.” (Mark 8: 34-38)
“And another also said, Lord, I will follow Thee; BUT let me first go bid them farewell, which are at home in my house. And Jesus said unto him, No man, having put his hand to the plough, and looking back is fit for the kingdom of God.” (Luke 9: 61, 62)
TAKE UP THY CROSS AND FOLLOW ME!
Alfred H. Ackleyn wrote these absolutely wonderful words in 1922. It has been a greatly loved hymn to many people over many years. There has been times when it has brought me to tears
I walked one day along a country road,
And there a stranger journeyed too,
Bent low beneath the burden of His load:
It was a cross, a cross I knew.

Take up thy cross and follow Me,
I hear the blessed Savior call;
How can I make a lesser sacrifice,
When Jesus gave His all?

I cried, Lord Jesus, and He spoke my name;
I saw His hands all bruised and torn;
I stooped to kiss away the marks of shame,
The shame for me that He had borne.

Oh, let me bear Thy cross, dear Lord, I cried,
And, lo, a cross for me appeared,
The one, forgotten, I had cast aside,
The one, so long, that I had feared.

My cross I’ll carry till the crown appears—
The way I journey soon will end—
Where God Himself shall wipe away all tears,
And friend hold fellowship with friend.
Pray that this paper on Revival will stir all our hearts to pray diligently, listen to the voice of the Holy Spirit and work heartily with great faith to make Christ known to as many as possible before He RETURNS to calls us Home! Amen.
Posted by Max Solbrekken at 2:48 PM