It is not too late to reject the irresponsible new marijuana bill promoted by Canada's out-of-control, naive Liberal government. - Pastor Max Solbrekken 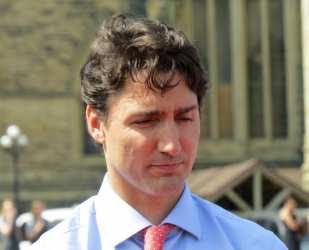 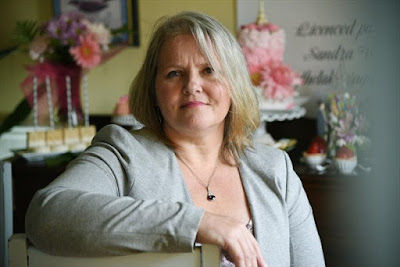 Sandra Williams, 52, is a professional pastry chef who runs her own business,
Cakes by the Lake. She is also a recovering addict. She has been clean for 13
years, and will share the story of her journey with addictions — in her case
marijuana — and the power of hope and recovery to anyone who will listen and
learn. She will be part of Recovery Day Niagara, this Sunday, Sept. 16 at Merritt
Park in Welland. - Cheryl Clock , The St. Catharines Standard

'A very dark place': One

CTVNews.ca Staff
Published Monday, September 24, 2018 9:13AM EDT
Even as Sandra Williams’ dependence on marijuana worsened, people would
tell the pastry chef that cannabis addiction was not real.
They would tell her “it’s not a problem,” that the substance is natural so there
was nothing to worry about.
“But it had found me in a very dark place,” Williams told CTV’s Your Morning
on Monday. “My experience was that marijuana was able to take me to a
bottom that I didn’t think was possible.”

At the worst periods of her dependence,
Williams hid in the basement of her home,
ignoring the world around her and “losing
herself.” Her position as head pastry chef
at an Oakville, Ont., bakery came to an end.
She eventually left home and wound up in a homeless shelter. That’s where she came
across a 12-step program that helped her
come out of that dark period in her life.
Williams now says she hasn’t used marijuana
for 13 years. She has since resurrected her
career as a pastry chef and become an
addiction awareness advocate. She believes
that the impending legalization sends a signal
that “this is OK and it’s safe.” But that has
not been her experience or the experience of
some others who use the drug.
The Government of Canada says pot can be addictive, citing 2014 research in the New
England Journal of Medicine that found as
many as 9 per cent of people who use
cannabis in their lifetime will become
addicted to the substance.
“I had lost everything that I was before,”
she said. “Coming full circle through a
12-step program has allowed me to find
my passion for life again.”

Posted by Max Solbrekken at 9:17 AM