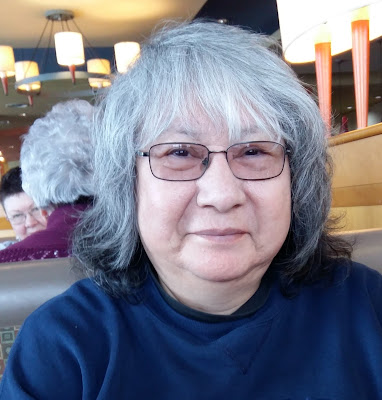 About four years ago, I discovered the name of the pain and torments I had suffered for nearly 40 years.  No-one knew what it was then. For the last 10 years I was really in bad shape, always aching all over my body. I hurt all over like I had a continual flu.
And I was often depressed and had difficulty to sleep.When I was diagnosed four years ago the doctor prescribed gabapetin, but I was getting worse.
On January 24, 2017 I called Pastor Max Solbrekken and told him that I didn't know what to do. He spoke to me with compassion and shared with me a number of Scripture texts which  stated that God answers prayers of faith. We agreed together according St.Matthew 18:19 for a miracle from God!
THREE DAYS LATER I WAS SHOCKED!
Three days later I woke up without pain  and realized I hadn't taken any pills since we prayed and NO Pain. It has now been about two months and I haven't felt so good in years. Thank you to Jesus Christ, the Great Physician!
Pastor Solbrekken, I must tell you why I had faith to call you in my desperation. In 1975, I went to the West Coast. While there, I contracted Chronic Bronchitis which wouldn't heal. I saw many doctors but to no avail. At least four times a year my bronchitis would flare up.
In 1990, I had returned to Edmonton to finish my studies and obtain my B.A. degree. You were pastoring Faith Cathedral and I attended the service. When you prayed a fervent prayer over me in Jesus' name, I was instantly healed and since then it has occurred only a couple times. I am still well today. Praise God forever. Amen.
Posted by Max Solbrekken at 2:59 PM