MIRACLE HEALING:
Epileptic Seizures Destroyed My  Life until Jesus Healed Me!
By Louise McCarthy, Parksville, B.C. (2002)
At two weeks old I had an epileptic seizure that almost ended my life! I had an epileptic seizure and died when I was 2 weeks old on May 23, 1955.  After I turned blue and cold, my mother, who was a registered nurse, managed to revive me and rushed me to the hospital.
I was in and out of the Vancouver Sick Children's Hospital for the next several years under the caring expertise of Dr. Auciand.
They found among other things, that I had an intense allergy to milk which would set off epilepsy seizures.  When I was 3 years old, I spent most of the summer in the hospital.
I remember feeling abandoned and terrified of the many injection needles that seemed necessary to keep me calm.  After this time in the hospital, my parents were extremely careful to keep all anxiety and anticipation out of my life.
DON’T GET LOUISE EXCITED! 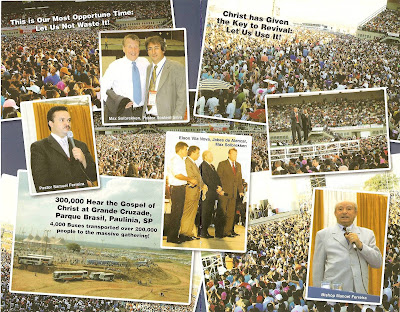 
Shall we Pray: “Help us all O' Lord, to return to the message of the Cross, the Blood of Jesus and the Baptism of the Blessed Holy Spirit. And to the all powerful name of Jesus Christ, to which every knee shall bow and every tongue shall confess that Jesus Christ is God to the glory of God the Father. Amen.” (Phil.2: 5-11).
Posted by Max Solbrekken at 11:46 AM