The House of Prayer Camp Meeting was a blessed time with the marvellous presence of God in each service. To Jesus Christ be all the glory! -Pastor Max Solbrekken 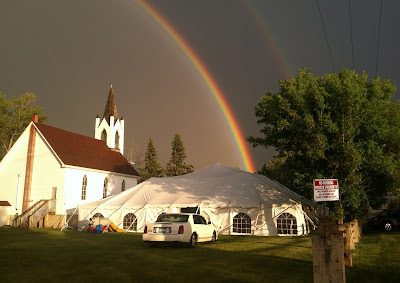 JESUS CHRIST TRUMPS ZEUS, ALLAH,
BUDDHA, KRISHNA, GIA, THOR AND SHIVA!
By Pastor Max Solbrekken, D.D.
"But to us - CHRISTIANS - there is but one God, the Father, of Whom are all things, and we in Him: and one Lord Jesus Christ, by Whom are all things, and we by Him." (1 Cor.8:6)
Saul of Tarsus met Jesus Christ on the Damascus Road on His way to kidnap followers of Jesus of Nazareth and bring them back to Jerusalem in chains, to be interrogated, scourged and killed if they would not recant their belief in Yeshua ha Mashiach!
Nearing Damascus with his team of kidnappers, Saul was thrown to the ground by the appearance of Jesus the Risen Saviour, leaving him blinded and soundly shaken, with the voice of our Lord ringing in his ears! (Acts 9:1-20)
He was gloriously converted and filled the Holy Spirit and called by Jesus Christ to carry His Gospel to the Gentile world! For about thirty years St. Paul preached the Gospel of Christ and founded churches across Asia Minor and Europe. He was persecuted, imprisoned, scourged, stoned and finally martyred for the sake of the gospel which he loved.
ST. PAUL: APOSTLE, PASTOR
EVANGELIST, CHURCH BUILDER!
St. Paul was tutored personally by our Saviour in Arabia, and even taken to Heaven to witness things that he was not allowed to reveal. No one suffered as much for Jesus Christ and His Church as the previous Jewish Enforcer! And no-one was given as much theological knowledge as was Paul, 'the little one'!
It is little wonder then that St. Paul, who founded the Church among the Gentiles, would sound the alarm about the identity of the True God. He was the man who corrected St. Peter, one of three leading elders in the church in Jerusalem, because of his partiality in Antioch!
"For He that wrought effectually in Peter to the apostleship of the circumcision (Jews) , the same was mighty in me toward the Gentiles. And when JAMES, CEPHAS and JOHN, who seemed to be PILLARS perceived the grace that was given unto me, they gave me and Barnabas the right hands of fellowship; that we should go t
o the heathen, and they unto the circumcision.
"But when PETER was come to Antioch, I withstood him to the face, because he was to be blamed." (Gal.2: 8-14). St. Peter was a great Evangelist and St. James was the Pastor of the Church in Jerusalem, but St.Paul laid the foundation of Christ's Church among the Gentiles, built upon the Rock Christ Jesus, the Church's one FOUNDATION and Chief Cornerstone! (Isa.28:16; Psa.118:22; 1 Peter 2: 5-7; Acts 4: 22; Eph.2:20)

THE CHURCH'S ONE FOUNDATION!
St. Paul said: "According to the grace of God which is given unto me, as a wise Master Builder, I have laid the FOUNDATION, and another builds thereon. But let every man take heed how he builds thereon. For other FOUNDATION can no man lay than that is laid, which is JESUS CHRIST.
"Now if any man build upon this FOUNDATION gold, silver, precious stones, wood, hay, stubble: Every man's work shall be made manifest .... Know ye not that YE are the Temple of God, and that the Spirit of God dwells in you?" (1 Cor.3: 9-16)
St. Paul states: "For this is good and acceptable in the sight of GOD our SAVIOUR; Who will have all men to be saved, and to come unto the knowledge of the TRUTH. For there is ONE GOD, and ONE MEDIATOR between God and man CHRIST JESUS, Who gave Himself a ransom for all, to be testified in due time." (1 Tim.3: 3-6)
St. Peter declared: "Be it known unto you all, and to all the people of Israel, that by the name of JESUS CHRIST OF NAZARETH, Whom ye crucified, Whom God raised from the dead, even by Him doth this man stand here before you whole. This is the STONE which was set at naught by you builders, which is become the Head of the Corner.
"Neither is there Salvation in any other: for there is none other name under Heaven given among men, whereby we must be SAVED, than the name of JESUS." (Acts 4:10-12)
St. Paul stated: "But to us - CHRISTIANS - there is but one God, the Father, of Whom are all things, and we in Him: and one Lord Jesus Christ, by Whom are all things, and we by Him." (1 Cor.8:6)

In the Divine Economy of God there is NO ROOM for counterfeits or manufactured, man-made gods. The very first of the Ten Commandments which Almighty God wrote with His own finger on two tables of stone, warns: “Thou shalt have NO other gods before Me. Thou shalt not make unto thee any graven image... Thou shalt not bow down thyself to them, nor serve them...” (Exodus 20:3-5)
There is NO ROOM for pretenders and imitators like Zeus, Allah, Shiva, Gia, Buddha, Thor, Mohammed, Vishnu and Confucius. Here is the bottom Line:
Speaking to the Samaritan woman, Jesus said: "Woman, believe Me, the hour cometh, when ye shall neither in this mountain, nor yet at Jerusalem , worship the Father. Ye worship ye know not what: we know what we worship: for Salvation is of the Jews." (John 4: 21,22)
Our Lord said something very important. Salvation is not of the Arabs or the Norwegians or the British or the Indians or the Africans or the North Americans! Jesus Christ said, "Salvation is of the Jews."

SALVATION IS OF THE JEWS!
King David who was a prophet, stated: “As for God, His way is perfect: the Word of the Lord is tried: He is a buckler to all that trust in Him. For Who is God save the Lord? Or Who is a Rock save our God? The LORD liveth; and blessed be my Rock, and let the God of my salvation be exalted.” (Psalm 18: 30, 31)
“The Lord of Hosts is with us; the God of Jacob is our refuge. Selah.” (Psalm 46: 7); “O clap your hands, all ye people; shout unto God with the voice of triumph. For the Lord most High is terrible; He is the great King over all the earth.” (Psalm 47: 1,2)
“Great is the Lord, and greatly to be praised in the city of our God, in the mountain of His holiness. Beautiful for situation, the joy of the whole earth, is mount Zion, on the sides of the north, the city of the Great King.” (Psalm 48: 1,2)
“Blessed be the Lord God of Israel from Everlasting to everlasting; and let all the people say, Amen. Praise ye the Lord.” (Psalm 106: 48)

JEHOVAH: LORD GOD OF THE HEBREWS!
Who is this Lord? To Whom is the prophet referring? Certainly not non-entities like Zeus, Allah, Shiva, Vishnu, Confucius, Buddha, Thor or Gia. He is referring to the ONE True and the Living God!
The Word of God states: “That men may know that THOU, whose name alone is JEHOVAH, art the Most High over all the earth.” (Psalm 83: 18);
The Jewish Race are God's Chosen people. Jesus was born of a Jewish Virgin, whose name was Miriam. Jesus Christ was TRUE God from Eternity and TRUE Man, born of the Virgin.
My message to Jew haters who want to destroy God's Chosen people comes from the ancient Hebrew prophet Jeremiah. He wrote the prescription for destroying the Jewish people:
“Thus saith the Lord, which giveth the sun for a light by day and the ordinances of the moon and of the stars for a light by night, which divideth the sea when the waves thereof roar; the Lord of Hosts is His name”
“If these ordinances depart before Me, saith the Lord, then the seed of Israel shall cease being a nation before Me forever. Thus saith the Lord; If Heaven above can be measured and the fountains of the earth searched out beneath, I will also cast off all the SEED of ISRAEL, for all that they have done, saith the Lord.” (Jer. 31: 35-37)

ALL PAGANS: PLEASE LISTEN UP!
I want all the Ayatollehs to understand: If you can TEAR DOWN the sun, moon and stars from their orbits and ex-ray the entire earth, you will be able to destroy the Jewish nation.
You will, however, all end up like your hero, Adolph Hitler and his Third Reich in the dustbin of history, which came to nothing! May God open your eyes and may you cry out to Him for mercy, and Jesus Christ will save you!
Jesus said something else that was also very important: "But the hour cometh , and now is, when the true worshippers shall worship the Father in spirit and in truth: for He seeks such to worship Him. God is a Spirit: and they that worship Him must worship Him in spirit and in truth." (John 4: 23, 24)
Here, Jesus spoke of three groups of worshippers: The First group are like the Samaritans who did not know what they worshipped. The Second group were the Jews who had the Word of God and they did worship God. Jesus said that the Third group, however, were still to come.
After His death and resurrection Jesus would ascend to Heaven and pour our the Gift of the Holy Spirit upon His Church! This would be the group that would be most acceptable to God. They would worship God in Spirit and in Truth! (John 7: 37- 39). Amen 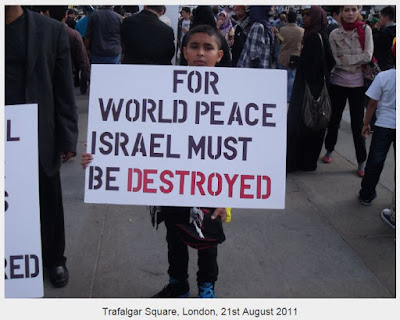 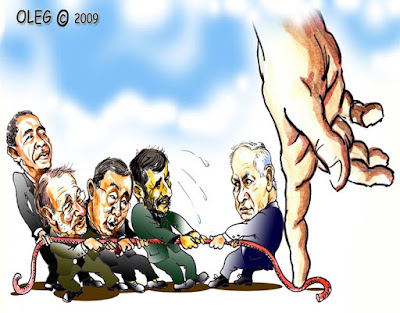