Gov. Rick Perry tells it like it is. How refreshing to hear a real man speak the truth! Apparently there are still a few honourable politicians left in america - Pastor Max Solbrekken 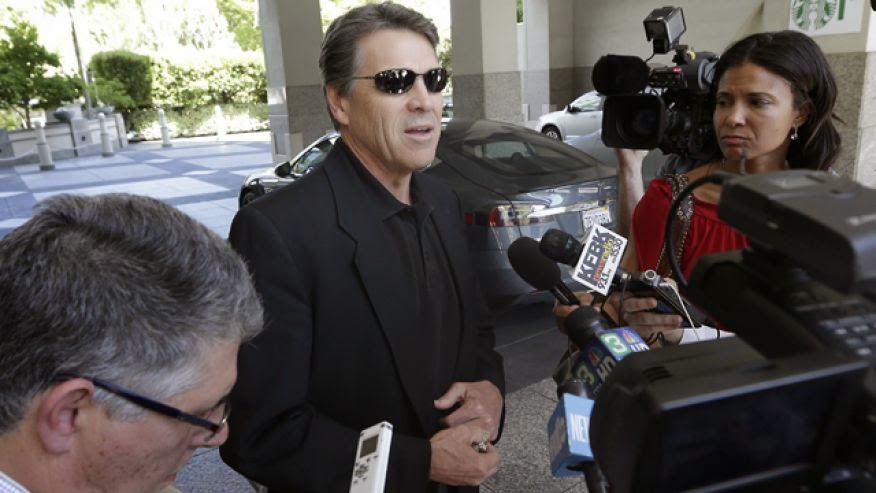 FoxNews.com
Texas Gov. Rick Perry reportedly caused a stir Wednesday evening by comparing homosexuality to alcoholism at an event in San Francisco.
According to the San Francisco Chronicle, Perry was asked by an audience member at the Commonwealth Club about the Texas Republican Party's approval of platform language allowing Texans to to seek voluntary counseling to "cure" being gay. Perry responded to the question by saying that he did not know whether such so-called "reparative therapy" worked.
ADVERTISEMENT
The Chronicle then reported that Perry was asked by the event's moderator if he considered homosexuality to be a disorder. Perry responded, "Whether or not you feel compelled to follow a particular lifestyle or not, you have the ability to decide not to do that. I may have the genetic coding that I'm inclined to be an alcoholic, but I have the desire not to do that, and I look at the homosexual issue the same way."
The paper reported that Perry's comments caused a "murmur of disbelief" in the audience.
During the bulk of his talk, Perry, who is serving out his final term as Texas governor, held up his own state as a model for responsible energy production and economic growth in California.
Perry said he believes Texas is leading the way in achieving energy independence by producing crude oil and electricity in many forms, including solar power.
Perry also suggested that deregulating electricity had started a boom for renewable energy in Texas, which he called the nation's leading developer of wind energy.
Perry said shale drilling techniques had doubled oil production in Texas, and he urged Californians to tap the full energy potential in its Monterey Shale.
On Tuesday, Perry drove up to California's state capital of Sacramento in a Tesla Model S electric car -- underscoring his desire to lure a Tesla battery factory to Texas.
The Associated Press contributed to this report.
Posted by Max Solbrekken at 3:44 PM