I watched the speech Dr. Ben Carson gave with much thankfulness that such a brilliant man had the courage to lecture America, the White House and the President about the serious situation of a nation drowning in debt, corruption and political correctness. Dr. Ben Carson exemplifies the the height men can reach even when coming from the most impossible beginnings. Unfortunately, Barrack Obama's rise to prominence argues against honesty, hard work and faith in God and promotes the deceptive, untruthful and immoral culture of Chicago style politics. Go for it, Ben Carson, and by God's help make the USA great again! - Pastor Max Solbrekken

Carson: White House wanted me to apologize for 'offending' Obama 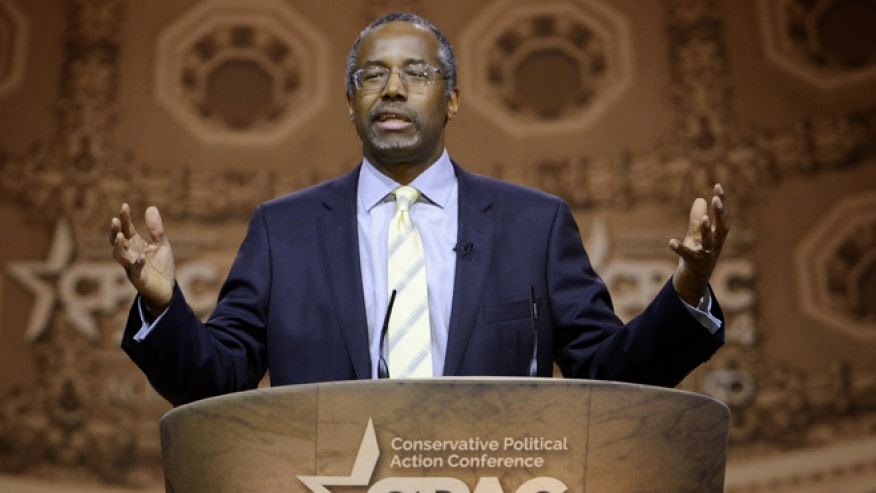 FILE: March 8, 2014: Possible GOP presidential candidate Ben Carson at the Conservative Political Action Conference, in Oxon Hill, Md.REUTERS
Conservative sage Dr. Ben Carson is claiming the White House was offended by his now-famous keynote address at the 2013 National Prayer Breakfast and asked at the time for an apology call to President Obama -- which he didn’t make.
The anecdote is found in Carson’s upcoming book “One Nation: What We Can All Do to Save America’s Future.”
Carson, who became a conservative sensation after the address, was highly critical of the direction of the country though he never blamed the president, who was sitting just a few feet away.
“He did not appear to be hostile or angry,” Carson wrote in the book.
“But within a matter of minutes after the conclusion of the program, I received a call from some of the prayer breakfast organizers saying that the White House was upset and requesting that I call the president and apologize for offending him. I said that I did not think that he was offended and that I didn’t think that such a call was warranted.”
The passage was verified Tuesday by publisher Sentinel, a division of Penguin Group (USA).
Carson, a former director of pediatric neurosurgery at Johns Hopkins University, also suggests in the book he has no plans to run for president in 2016 unless called by God. However, he has placed third in two recent straw polls and is being courted by the well-funded National Draft Ben Carson for President Committee.
Posted by Max Solbrekken at 10:06 PM