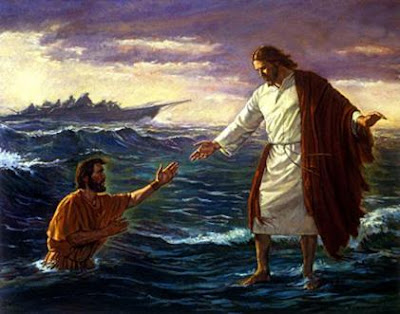 WHOM DO I THANK FOR THIS, SIR?
The Inspector General marched up to me and stood at attention, saying: “WHOM DO I THANK FOR THIS, SIR?” I answered, “Lift up both your arms in the Royal Salute and say, Thank You, LORD JESUS!” As he did so, all the Police Officers lifted their arms toward Heaven and loudly said: “Thank You, LORD JESUS!”
Suddenly the Inspector General said, “Follow me.” He marched a few steps and turned into a room where a Hindu priest was propped up in bed and struggling to breathe suffering from a serious heart attack.
The Inspector General asked the priest, “You want to be healed by name LORD JESUS?” He could only nod. I briefly shared the Gospel with him and asked if he wanted Jesus Christ to come into his heart. He nodded that he did. I prayed that God would save and heal him and immediately he could breathe well, declaring that all pain was gone.
The Inspector General said, “Lift your arms in Royal Salute and say, Thank You, LORD JESUS.” As the priest obeyed, you could hear Policemen giving Jesus Christ the Royal Salute. To God be all the glory!
The outcome was that any Policemen with sick family members were granted the afternoon off in order to bring their sick relatives to me for prayer. And my blessing was to minister to many sick and diseased people for several hours that afternoon.
Government Officials in Guntur invited us back for another crusade seven months later in December, 1966. When we arrived, Gunter was under a curfew because of Political Unrest, however, they allowed us to hold our large crusade realizing that the preaching of the Gospel would bring peace out of turmoil!
Not only did they lift the curfew but also held their Police Sports Days. When they heard that I had been a half-mile runner, I was invited take part in their one-mile race. After much prodding from Lawson Barbour and Tom Tutyko who said, “Do it for Jesus. Think of all the publicity we’ll get for our Gospel Crusade”, I reluctantly agreed.
When the announcer was informed that I would be a contender, he said, “Max Solbrekken - the Miracle Man from Canada - is entering the race. He has not run for 17 years. It will be a miracle if he wins and it will be a miracle if he does not win, because he is the Miracle Man.”
Everyone clapped and I thought, “It will be a miracle if I don’t have a heart attack. God will have to help me.” There I was, barefoot and dressed in long pants, while all others were well trained, in shorts and track shoes and my best race was not the one-mile!
When the gun went off we started out at a fast pace, my heart was pumping, my legs got heavy and surprisingly I stayed near the front. As we completed the halfway mark I thought, “If I push on I could possibly win and make some enemies negating the reason for entering the race, or I could die.”
I was right behind number two who was on the heels number one. I heard the announcer saying, “The Miracle Man from Canada who is preaching at the Park is in contention. He is near the front. Will he be able to win?”
At that moment, I decided to drop out of the race. We had achieved our goals. Everyone clapped as the announcer said, “Max Solbrekken, the Miracle Man, who is preaching at the Gospel Crusade has decided to drop out of the race. Give him a big hand.” All glory to God forever!
Truly, truly, Jesus Christ our Lord and Saviour is the world’s One and Only Freedom Fighter Who will soon return as our Reigning Lord and King. To Him ALONE belong all the hour, praise and glory! Amen.

Posted by Max Solbrekken at 8:23 PM