LET US PRAY FOR GOD'S VISITATION!
Jesus Christ performed the Miracle that Terry had to have and that no human hand could give him. Medical Science dutifully and gladly did their job of confirming God's Miracle!
ORTHOPEDIC SPECIALIST'S TESTIMONY
The leading orthopedic surgeon showed Terry the x-ray they had just taken, saying, "If any other doctor saw this x-ray and did not see the scars on your back and the one hundred x-rays and the stack of reports from various hospitals and numerous doctors during the past seventeen years about your case, he would say: 'Young man - you are a liar. You've never had an accident and you've never had any surgeries' because your back is like a 20-year-old man!"

Please Note: Terry & Cathy Somers are coming to Alberta & Saskatchewan April 12-17 to share his awesome Testimony of God`s Staggering Miracle in his life. Jesus Christ is Alive and is still healing the sick and performing Miracles today! Join us soon and receive His blessing. What Jesus Christ did for Terry He desires to do for you!!! M.S. 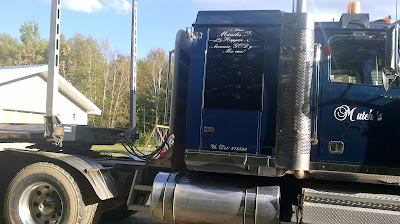 Terry Somers' testimony is painted on his
truck which states: "I  Believe in Miracles.
God gave me one."   Praise be unto Jesus! 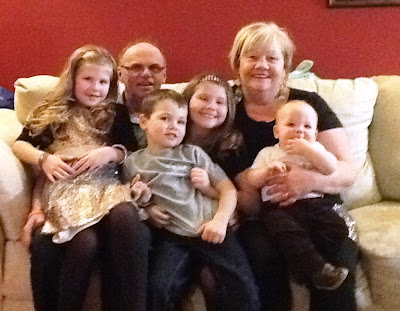 Terry & Cathy Somers and their
four beautiful grandchildren.
Posted by Max Solbrekken at 12:23 AM