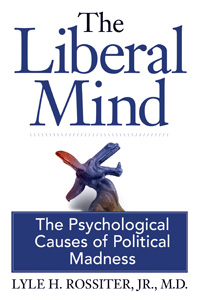 Welcome to Libertymind.com, the official website of The Liberal Mind: The Psychological Causes of Political Madness.

Please take a few minutes to read about a book that will change forever the way you look at politics.