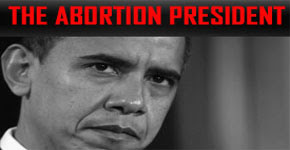 Tuesday, 22 Jan 2013 06:00 PM
By Todd Beamo
The organization compiled its data from the Centers for Disease Control and the Guttmacher Institute, a pro-abortion group that once served as Planned Parenthood’s research arm, Lifenews.com reports.
Guttmacher’s numbers come directly from abortion centers and serves as the prime source for more current figures because the CDC has never tabulated accurate numbers of abortions, Lifenews reports.
In addition, the CDC relies on figures from state health departments, some of which rely on voluntary reporting — “and it hasn’t had data from some states such as California and New Hampshire for more than a decade,” Lifenews reports.
"The number means there are more than 3,300 abortions daily and 137 abortions per hour every hour in the United States,” Lifenews reports. “Translated another way, an abortion is done about every 30 seconds in the United States.”
© 2013 Newsmax. All rights reserved.
333,964 Abortions; 1 Every 94 Seconds
Posted on January 8, 2013

Planned Parenthood Federation of America’s latest annual report for 2011-2012 says that its affiliated clinics performed 333,964 abortions in fiscal 2011.
That works out to an average of one abortion every 94 seconds.
The 333,964 abortion Planned Parenthood did in fiscal 2011 is an increase of 4,519 from the 329,445 abortions it did in 2010, according to a fact sheet that Planned Parenthood published last year.
Over two years, Planned Parenthood says, it has aborted 663,409.
The 2011-2012 report states that Planned Parenthood received $542.4 million in “government health services grants and reimbursements,” which it states includes “payments from Medicaid managed care plans.”
The report also shows that Planned Parenthood’s total assets top $1 billion dollars, specifically $1,244.7 billion.
“We are so proud of the year’s many successes, and deeply grateful for all the partners, sponsors, volunteers, staff and friends who helped make them possible,” states the report’s introductory letter, signed by PPFA president Cecile Richards and Cecelia Boone, chairwoman of the organization.
Read more: http://conservativebyte.com/2013/01/333964-abortions-1-every-94-seconds/#ixzz2HUf43PpX
Posted by Max Solbrekken at 9:48 PM