The Democrat Party's Homosexual Chickens are coming Home to Roost and they don't like it. WARNING: They do like it, but not in an election year.!!! There are TOO MANY normal Americans still around who have some decency and moral normalcy. President Barack Obama should stand up and applaud his fellow Democrat Lawmaker, shouldn't he? Sick! Sick! Sick! It is time for a Moral Revival. - Pastor Max Solbrekken 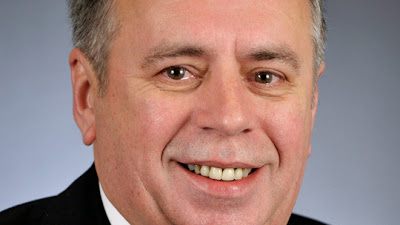 Rep. Kerry Gauthier, 56, hasn't been charged in the July incident, and authorities said he wouldn't be because the boy was older than 16, the legal age of consent, and no money was exchanged. Police say the teenager responded to the lawmaker's Craigslist ad for "no strings attached" sex.

Gauthier admitted to the liaison, according to police reports made public late last week. The teen told police the two had oral sex, according to the reports.
The scandal has hurt Democrats' hopes of retaking at least one chamber of the Legislature. They need to pick up at least six seats in the House, and Gauthier's Duluth-area seat is usually reliably Democratic. But if he drops out, any Democrat seeking to replace him would have to run as a write-in candidate, making the race much more difficult to win.

Still, Democratic leaders called on Gauthier to withdraw from the race. House Minority Leader Paul Thissen, D-Minneapolis, said he was "deeply disappointed" in Gauthier's conduct and wants him to step aside.

"As I shared with Rep. Gauthier, I believe he should withdraw from the race for re-election," Thissen said in a statement released by his office.

Gauthier hasn't commented to reporters on the incident. A call to his cellphone rolled to voicemail on Monday. Thissen's statement said he expects Gauthier to "address these issues publicly and soon."

Gauthier was hospitalized for an undisclosed condition until last weekend, which prompted Thissen to wait to issue his statement. House Speaker Kurt Zellers, a Republican, on Friday urged Gauthier to resign.

Gauthier was elected in 2010 with 73 percent of the vote. He is not married.
Duluth City Councilor Jay Fosle has already filed paperwork to run as a write-in candidate against Gauthier and Republican nominee Travis Silver.