A Black Moses Challenging the Enemies of God's People! A Black Preacher stands up to the PERVERSION that has taken over the White House and the Democrat Party! Good on you, Bishop Jackson.!!! - Pastor Max Solbrekken 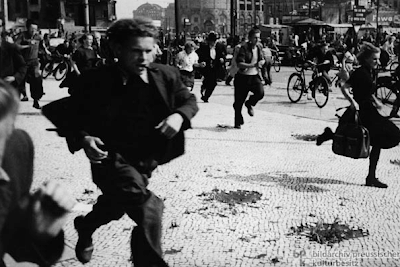 Bishop E.W. Jackson is making a war cry: “Let God's people go."
BLACK BISHOP BASHES DEMOCRATS AND CALLS BELIEVERS TO FLEE THE PARTY
By Clash Daily / 22 August 2012
Jackson, a Marine Corps veteran, graduate of Harvard Law School and adjunct professor of law, is echoing the words of Moses in a campaign to persuade Christians of all races that the time has come for a wholesale exodus of Christians from the Democrat Party.
The former candidate for U.S. Senate in Virginia points to what he calls the Democrat party’s “cult-like devotion” to abortion; the rejection of the traditional biblical model of family; the hostility hurled at those who express a Christian viewpoint such as Chick-fil-A president and Chief Operating Officer Dan Cathy; the actions of organizations such as the ACLU and the Foundation For Freedom From Religion in suing cities and towns for displaying crosses at memorials or mentioning the name Jesus in prayer at official events.
Beyond all of this, Jackson says, Democrat operatives are also attacking Gabrielle Douglas, the 16-year old black American who won the 2012 gold medal in gymnastics.
“The accomplished young lady had the nerve to give glory to God for her win,” Jackson says. “This apparently offended liberals.”
Case in point: Mary Elizabeth Williams, journalist for the progressive online magazine Salon.com, wrote, “I’ve often wondered what it is about Christians like Douglas that unnerves me so … Douglas and her ilk seem to espouse a faith based on what is commonly referred to as ‘The God of Parking Spaces.’”
Jackson, founder and president of STAND (Staying True to America’s National Destiny), responds: “Progressives are indeed ‘unnerved’ by devout Christians. That’s why they resort to ridicule, even of a 16-year-old Olympic medal winner. Williams says we worship ‘The God of Parking Spaces,’ but I would prefer Gabby’s God of grace and kindness to the leftist’s god of ridicule and persecution.
“Our Heavenly Father loves us and helps those who are humble enough to ask Him.”
Later this month when Democrats make same-sex marriage part of their official Party Platform, the former practicing attorney says they will be spitting in the face of every Bible-believing Christian in America: “They will be saying, ‘We don’t care what you think, what you believe, or what the Bible or the God of the Bible says. We know better than God.’”
Jackson’s message to Christians is, “The Democrat Party has turned its back on Christians. It is time to turn our backs on the Democrat Party.”
Read more at charismanews.com

Posted by Max Solbrekken at 9:29 AM