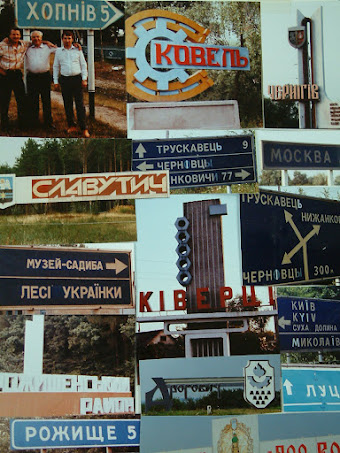 God manifested His presence to me during a 1978 Ghana crusade.  I was so lonely and homesick, even though multiplied thousands were attending the crusade and God was pouring out His Spirit in copious measure and demonstrating His power with great miracles! I couldn’t eat their food. I had forgotten to bring my malaria pills and the netting around my bed was torn, so I was battling mosquitos and couldn’t sleep! I fasted, prayed and cried out to Jesus for help!

As God's presence entered my run-down hotel room, I was enveloped in His love and grace and began articulating His praises, with a loud voice. His presence stayed with me for days! When Jesus came into my room and spoke to me, although I did not see Him, all the loneliness was gone in a moment's time!

MY HEAVIEST CROSS! For the past 50 years, I have been working on a book which I hope to publish soon: "My Heaviest Cross"! It is the story of the sacrifice I have made for Jesus Christ and the heathen, being away from my dear wife Donna and our 6 beautiful children for months at a time - for so many years! One visit from Jesus and one word from His lips is all it takes to make our sacrifices seem like nothing.

Twice, our Lord visited me in the nation of Kenya - once in 1980 and again, in 1986.  The first time, He gave me "The Key to Answered Prayer".  For me, this is the most powerful verse in the Bible: “He that spared not His own Son, but delivered Him up for us all, how shall He not with Him also freely give us all things?" (Rom. 8:32). Amen!

Since He gave His only begotten Son to die in our place and arose from the dead, Jesus purchased our eternal redemption from sin, fear, sickness, disease and every work of the Devil! Through the precious atoning BLOOD of our Saviour Jesus Christ on Golgotha we are recipients of His Peace, Forgiveness,  Healing, Joy  and every other blessing! And because He is now on His  Father’s right hand as our merciful High Priest, there is no way that He will not give us what He died for to provide for His children!

My heart was broken, as I realized how much God loved me and the terrible price He paid for my redemption.  I wept for three days and nights after His visitation to me! He showed me the awful cost He paid when He gave His only begotten Son to die on the ‘Old Rugged Cross’ for me and the entire world!

When I revealed to the crowd of ten thousand people what God had shown me, they began to weep.  And as they repented to God, their sobs were heard almost two miles away in Homa Bay. Recently, our gracious Lord spoke to me again with a new commission.  He showed His great love for me and His Church, once more.

O’ HOW MUCH HE LOVES US, DEAR FRIENDS!

He loves us with His perfect love and His desire to fellowship with us is so great, it is beyond our comprehension! All I can say at this time:  There are great, as well as trying days ahead for the Church of the Living God!

One of the things that gives me the greatest joy is meeting pastors, evangelists or other servants of God who were saved, filled with the Holy Spirit or challenged under my ministry - and are now in leadership in their churches or denominations.

God's goodness never stops flowing: With so many members of my family serving God and Donna and I in good health, what more could I desire? I do thank God so very much! Everything we have accomplished and whatever blessing we have been and are today - to the Church of the Living God - is only because of God's grace in our lives!

Our foremost dedication is spreading the gospel of Christ to as many as possible before Jesus Christ returns!  Donna and I are very simple living folks and have always gladly given whatever possible to further the spread of the Gospel of Jesus Christ! Year after year we have shared the gospel to as many as possible through crusades, literature, TV and radio to God's glory!  During the past 40 years, I have had the privilege of leading hundreds of thousands of people to Christ, in the sinner's prayer!

I AM WRITING THIS FROM UKRAINE!

At the time of this writing (1992), we are conducting powerful crusades across the country of Ukraine, with great success.  For more than 70 years this nation was subjugated, controlled, and systematically decimated (the 1933 forced-famine took 7 million lives), raped economically and humiliated by the Evil Empire - former Soviet Union - which was controlled by the demons of atheistic Communism!

Since the fall of communism and the collapse of that empire, the doors are wide open to preach the gospel in those countries! To God be the glory, great things He is doing! How long they will stay open only God knows!

In April 1986, God gave us a breakthrough in the war-torn land of El Salvador.  All 13 Evangelical denominations there, backed our crusade and again "only eternity will reveal" the great things that happened! And in 1986 God spared my life when I was threatened by 50 fanatical Brahman Hindus, in North India.

They came with stones and sticks to start a riot, and possibly kill this preacher - but God performed a staggering miracle, the fanatics remained to pray and the crusade grew to approximately 40,000! In the same park, 2 years earlier, Moslem fanatics rioted, overturning a bus with 17 men, women, and children, burning them to death...Right in front of the pulpit in a Gospel crusade.

Indeed, God has been very good and protected me!

In 1978, God called me to Argentina for a crusade that would be the catalyst in turning that nation around! At that time Dr. Omar Cabrera was sorely persecuted and had left the country.  His name had been found on a communist "guerilla hit list" and had decided to move to Paraguay.

Demos Shakarian's son Richard called to see if I would have him for a meeting in Edmonton. Immediately, Omar, Marfa and Donna and I planned a spiritual assault on Ascunsion, Paraguay, where Omar wanted to make his headquarters. Try as we might the Paraguay meeting didn't gel, and I called Omar stating that it was necessary to conduct a crusade soon in South America because we had raised money for that part of the world.

God spoke to my heart to go to Argentina! After much persuasion, Omar agreed to return to Argentina. Cordova was chosen for the site of a May 1978 crusade, just before the World Soccer Cup in Buenos Aires. No one could blame him for his reluctance, due to years of harassment from the R.C. Church, the right-wing government, the communists, and a biased press.

Many times, he had been brought to police headquarters for questioning, charged with practicing medicine without a license and had his meetings broken up, collection confiscated, and associates killed and imprisoned. He had written the book Guns, Guts & God in Latin America.

As we plunged into the crusade at Cordova, everything worked like a Swiss watch!  Pressure from the Archbishop to stop the Crusade didn't work, and even though he managed to get a press blackout, we struck fire, and the crusade took off in high gear!

The first night crowd of 6,000 persons increased to 48,000 ten days later!  Staggering miracles of healing occurred and the entire congregation of tens of thousands responded eagerly to the gospel nightly!

MANY ROMAN CATHOLIC PRIESTS AND NUNS ATTENDED WITH TAPE RECORDERS, AND TENS OF THOUSANDS WERE CONVERTED AND HEALED BY GOD'S POWER!

Also, Omar and I had the privilege of speaking for 2 hours to the four Army Colonials who governed Cordova.  I demanded that they must STOP persecuting the Evangelicals and Pentecostals. They agreed and the official persecution ended! As a result, the pressure against Omar stopped and the revival mushroomed! Today, Omar Cabrera and "The Vision of the Future" Church has more than 200,000 members, 50 churches, 500 preachers, and is on national radio.

And other churches have mushroomed as well, as Omar has led the way in Argentina!  In recent years, Carlos Anaconda has been used so effectively in Argentina that more than 1 million souls have accepted Christ through his ministry!

I am writing this to you in 1992 from Lutsk, Ukraine, the home of Bishop Veremchuk, from which we have witnessed awesome revivals and miracles for God’s glory. The Eastern Bloc countries and Baltic states are wide open. God is pouring out His Spirit in Poland, Ukraine, Romania, Bulgaria, Hungary, Estonia, Lithuania, Czechoslovakia and others!

God spoke to my spirit on July 7, 1989: “My son, your ministry will be greater from now onward than hitherto. Take My Word to Eastern Europe Now…” Two years later, Donna and I asked our son Ken to approach Pastor Lawrence Heppelshauser of People’s Church about a possible merger with Faith Cathedral, thereby allowing me to answer God’s call to Eastern Europe and other major countries of the world.

Please pray for us as we launch out even deeper into the waters of Evangelism for God’s glory in Jesus’ name! Amen. Please write to Donna and me with your prayer requests and any help to reach others for His glorious Kingdom! 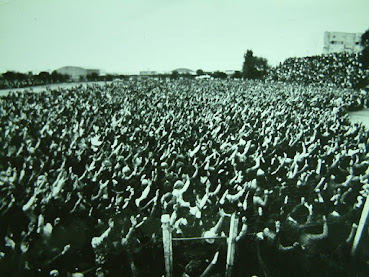