JESUS HAS MADE ME FREE! 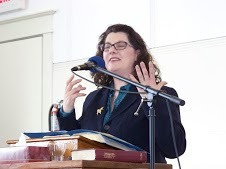 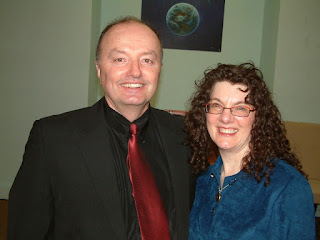 The Bible says: "He was wounded for our transgressions, He was bruised for our iniquities, the chastisement of our peace was upon Him and with His stripes we are healed." (Isaiah 53:5)

AT 2 WEEKS OLD, I HAD AN EPILEPTIC SEIZURE AND DIED.

I had an epileptic seizure and died when I was 2 weeks old on May 23, 1955.  After I turned blue and cold, my mother, who was a registered nurse, managed to revive me and rushed me to the hospital.

I was in and out of the Vancouver Sick Children's Hospital for the next several years under the caring expertise of Dr. Auciand.

They found among other things, that I had an intense allergy to milk which would set off epilepsy seizures.  When I was 3 years old, I spent most of the summer in the hospital.

I remember feeling abandoned and terrified of the many injection needles that seemed necessary to keep me calm.  After this time in the hospital, my parents were extremely careful to keep all anxiety and anticipation out of my life.

Over and over I heard the words: "Don't get Louise excited."  When it was unavoidable, they would up my dosage of tranquilizing drugs in order to avoid a seizure.  When I was cranky or hostile, I often became violent and my mother would say, "Did you remember to take your pills today?"

I remember a Saturday when I was 10 years old.  My mother made all of us 4 children have a bath in the morning.  Then we all had our hair done.  Next, we put on our fancy dresses and crinolines.

I realized that something special was happening.  no one had told me that we were going to a wedding in the afternoon.  My little sister who was five had known about the wedding for 2 weeks, but had been instructed not to tell me, so that I wouldn't get excited.

I STARTED SNEAKING ALCOHOL FROM MY PARENTS!

As I entered my teenage years, the levels of dosages were "all over the map".  I started drinking (on the sly) from my parent's liquor cabinet when I was 14 years old.  This would mess up the effect of the tranquilizers even more.  I found that if I skipped my noon time pills, I would have excessive energy for the evening but I wouldn't be able to sleep until I was emotionally and physically drained.  I usually cried myself to sleep and was often violent.

When I was like this mom would make sure I took my pills by standing and watching me.  At stressful times I would lose weight which again would play havoc with the drug levels. With the games I was playing with tranquilizers and alcohol, I don't know how I survived my teenage years.  By God's grace, I think.

I WAS REBELLIOUS AND ELOPED AT 19 YEARS OLD!

The doctors DID NOT want me to go through the stress of marriage and pregnancy until I was stabilized - hopefully in my later 20's.  But being quite rebellious, I eloped at 19 years old.

We bought a house when I was 20 years old, by a lot of scrimping and saving, and I had a baby just before my 21st birthday.  My husband was as violent and unpredictable as I was - it was a stormy, unhappy marriage.

MY BABY WAS BORN WITH ADHD & FETAL ALCOHOL SYNDROME

Danny never slept more than 2 hours.  I was in a bad physical state and looking for a divorce, when my girlfriend invited me to a Max Solbrekken Crusade.

I came up to Kelowna, B.C. from New Westminister on a bus with my 4 1/2 month-old-son, thinking that I would go to this meeting to satisfy my girlfriend (from high school days).  I thought I would stay the weekend and then go to a lawyer on Monday to get a divorce.

I WENT TO THE MAX SOLBREKKEN TENT CRUSADE!

When we went to the crusade tent, everyone was so full of joy.  A man was running around and around the tent praising the Lord with his hands lifted up.  Lillian told me that he had come at the beginning of the week with a very serious heart case, unable to lift his hands up enough to comb his hair.  I didn't believe her, but I thought this could be interesting to see the trick the evangelists use to make people believe in this stuff.

I knew God could heal. I just didn't believe He would heal me.  I thought, as a deist, that God created the world, but then just left us to figure out the rest.  He'd be too busy to bother with someone's aches and pains.

After singing some songs, Pastor Max Solbrekken asked if anyone wanted prayer for healing. A lady suffering from back pain went forward. He asked her to sit down and put her feet out straight. In the meantime, Lillian had taken my baby and pushed me right to the front, so that I could see.

I crouched down to look for the trick, so I was about 18 inches away from the lady's feet and from Pastor Solbrekken.  Pastor Solbrekken had hold of her heels and he was showing us that one leg  was shorter than the other causing the pain, so     I watched Pastor Max to see how he would pull on one leg and I watched to see if the man behind the chair would twist the lady's shoulders giving the impression of lengthening the one leg.

But as I watched, the man stepped back and raised his hands and started glorifying God, while Max Solbrekken's fingers, under the lady's  heels just dropped slowly from her heels as he said, "Thank you Jesus.  Thank you Jesus!  Thank you Lord."

As he said this, I watched her leg move out. The 'brick wall' of all my unbelief came tumbling down and I was confronted with a God who actually cared.

When Pastor Solbrekken asked who else wanted Jesus to heal them, to give them a miracle, I put up my hand, still shaking uncontrollably.  He said, "Oh, the Holy Ghost is all over this little lady", as he turned to me and asked what I wanted to be healed from.

I STARTED TO CRY AND SCREAMED 'EPILEPSY’!

I couldn't answer although I was shaking like a leaf, my insides were frozen, the pit of my stomach was a 'tight knot', my throat was like dry ice.  I started to cry and finally screamed 'EPILEPSY!"

Pastor Solbrekken put his hands on my shoulder and led me up to the platform.  He announced on the microphone what God was about to do.  That God was going to heal and deliver me from Epilepsy.  He came towards me with his hand upraised.

As he brought his hand down toward my head, an electric shock went between us and threw us apart a couple of feet.  Then he said: "In the name of Jesus...." and his hand came down on my head.

A FEELING LIKE WARM OIL WENT THROUGH MY ENTIRE BODY! I yelled "JESUS" (that was my salvation prayer), as I fell back into a chair.  Immediately Pastor Solbrekken's hand went on my head and I felt as if it were a bead of warm oil (about the size of a baseball) enter the top of my head and I could feel it moving all around, then stopping, then moving.

This warm oil went throughout my entire body.  I could feel it moving up and down each finger and eventually each leg and toe.  This whole process took about 25 minutes as I sat in the chair while the service went on.

JESUS APPEARED TO ME:  HE KEPT TELLING ME HOW MUCH HE LOVED ME

When I went back to the congregation, everyone was worshipping, so I took my baby to hold and joined in the worship with all of my heart - I was so happy - I was so grateful.

As the gratitude and thankfulness welled up inside of me, I fell over backwards.  Fortunately, Lillian chose that very second to look over at me and took my baby as I went down under the power of the Spirit.

It was then that I saw the Lord and heard the voice of a waterfall saying, "I love you, Louise.  Never forget that I love you.  I love you more than you can imagine..."  He went on saying this for about 45 minutes.

When I got up, I started to worship and as I did, I started singing in a language that flowed and flowed, but that I had never heard before.  I was so filled with joy for Jesus, healing me, forgiving me, delivering me and filling me with His Spirit.

I WAS HEALED OF EPILEPSY AND I AM STILL HEALED 26 YEARS LATER.

Pastor Max told me to keep taking my pills until I was checked by the E.E.G. (I used to have this test every 6 months) to check my brain waves.

Well, I threw the pills in the toilet in Kelowna.  I KNEW I WAS HEALED and would never need another pill. That was June 26th, 1976.  That night I was set free from unbelief, epilepsy, hatred, including self-hate, hopelessness, alcohol, etc.

I went to my scheduled E.E.G. on September 20th, 1976 . When I went into Dr. Auciand's office after the test, he said: "Well, this is wonderful! We've finally got this under control! Your alpha waves were completely NORMAL!" He was so pleased. Bursting his bubble of medical accomplishment, I said: "Well, Praise the Lord! I haven't had a pill in three months! I'm healed!"

He said, "WHAT?!" My reply was "Jesus healed me in June and I haven't had any medication since then." He called me crazy and assured me that I would be back in his office with more trouble very soon. That was 26 1/2 years ago.

JESUS IS THE BEST THING THAT EVER HAPPENED TO ME

Soon after I started attending a Holy Ghost filled church where I was loved, nurtured, discipled, taught, trained and shown how to love and serve God, by loving and serving people. All three of my children were snatched from death through the power of God at one time or another in their lives.

Danny was in hospital at 2 1/2 years old, the doctors made a bed for me because they said he wouldn't live through the night.  Now he's 26 years old and has married an on-fire for Jesus beautiful young lady.

I am now married to a man who likes to serve God and pray as much as I do. I have assisted in planting a few churches over the years, ministering in the prophetic and intercession and all the practical hands-on work that is needed.

I think my gifting is my willingness to do anything that will help Jesus be made manifest, from babysitting to washing the washrooms, taking graffiti off walls, turning overheads, leading worship, Bible studies, preaching, giving money to the Lord's work! I just love the Lord.

The revival that started in my heart on June 26th, 1976 never wore off. Jesus is the best thing that ever happened to me!  Hallelujah.

The Bible says:  “And said, If thou wilt diligently hearken to the voice of the LORD thy God, and wilt do that which is right in his sight, and wilt give ear to his commandments, and keep all his statutes, I will put none of these diseases upon thee, which i have brought upon the Egyptians: for I am the LORD that healeth thee.” (Exodus 15:26). Amen.

Posted by Max Solbrekken at 1:57 PM