CNN LEGAL MIND MASTERBATES ON ZOOM? WHAT DO TRUMP HATERS DO IN PRIVATE? HOW PERVERTED DOES IT GET?  WHO WANTS TO BE A DEMOCRAT??? 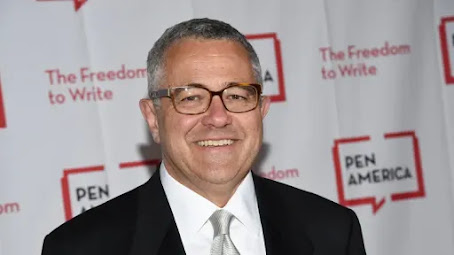 Vice Media reported earlier Monday that Toobin had exposed himself during a Zoom meeting with staffers of the New Yorker and WNYC radio. Toobin told Vice on Monday that he believed he wasn't visible and that he thought he had muted the Zoom video.

"I made an embarrassingly stupid mistake, believing I was off-camera," he said. "I apologize to my wife, family, friends and co-workers."

A CNN spokesperson said in a statement that "Jeff Toobin has asked for some time off while he deals with a personal issue, which we have granted. The 60-year-old Toobin has been a New Yorker writer for more than 20 years and joined CNN in 2002.

He is the author of several books, most recently True Crimes and Misdemeanors: The Investigation of Donald Trump, published in August. 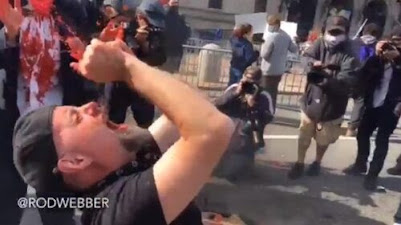 In a demonstration of their abject lunacy and evil, a group of anti-Trump protesters performed a mock human sacrifice on the streets of Boston, culminating with one protester pretending to eat the bloody heart of the president.

Several videos of the protest, which took place in the city’s Copley Square, went viral on Twitter this week.

“Antifa burn the US flag and eat a heart symbolic of the President during an anti-democrat violence protest in #Boston #Massachusetts on 10.18.20” reads the caption of one video.

In the video, a protester walks through the smoke of a burning American flag, takes what appears to be a bloody heart, rips it open and pours the blood all over his face.

He is surrounded by other protesters clapping and cheering, mockingly shouting “Make America Great Again,” and “f*** the nazis” as they stomp the burning flag.