Los Angeles County prosecutors say they have charged Democratic donor and LGBTQ activist Ed Buck with running a drug house and other crimes after a man overdosed on methamphetamine at Buck's apartment last week.

LOS ANGELES – Ed Buck, a prominent Democratic Party donor, was arrested Tuesday and charged with operating a drug house after a third man reportedly suffered an overdose inside his West Hollywood home last week and survived.Video

Buck has faced public scrutiny after two black men died from overdoses 18 months apart inside his home. He was not charged in those cases. 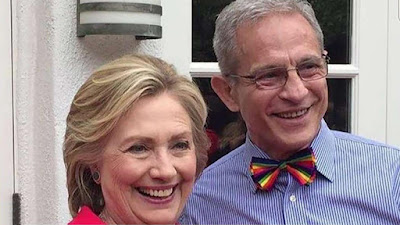 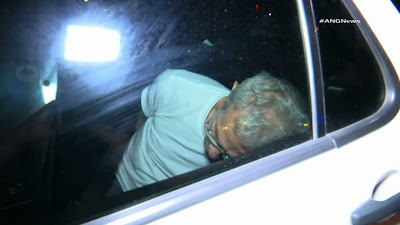 A sheriff's vehicle transports Ed Buck following his arrest in West Hollywood. (ANG News)
Activist and political donor Ed Buck is facing criminal charges after a third man was found to have overdosed on methamphetamine in his apartment. Buck was arrested Tuesday night.
Ann Johansson/Corbis via Getty Images
Updated at 11:40 a.m. ET
Los Angeles County prosecutors say they have charged Democratic donor and LGBTQ activist Ed Buck with running a drug house and other crimes after a man overdosed on methamphetamine at Buck's apartment last week. The man survived, but two other men have died from overdoses at Buck's apartment in the past two years.
Buck was arrested Tuesday night — after months in which activists and relatives of the men who died have called for criminal charges related to the suspicious circumstances around the deaths of 26-year-old Gemmel Moore in 2017 and 55-year-old Timothy Michael Dean in January.
Buck, who is 65, is now facing felony counts of battery causing serious injury, administering methamphetamine and maintaining a drug house.
If convicted, he could face a maximum sentence of five years and eight months in state prison, said Greg Risling, the assistant chief of media relations for the Los Angeles County District Attorney's Office.
The most recent overdose took place on Sept. 11. Prosecutors say Buck injected a 37-year-old man with methamphetamine at Buck's apartment on Laurel Avenue in West Hollywood. The man suffered an overdose but survived. 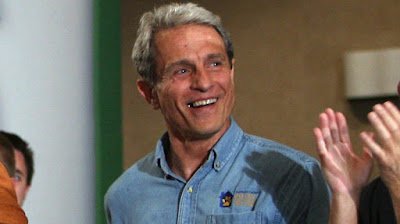 Prosecutors wrote in court papers obtained by the Times that Buck used his position of power to manipulate his victims into participating in his sexual fetishes.
“These fetishes include supplying and personally administering dangerously large doses of narcotics to his victims,” the prosecutors wrote, according to the Times.
DEMOCRATIC MEGADONOR ED BUCK NOW FACING ALLEGATIONS OF HUMAN TRAFFICKING, REVENGE PORN
Seymour Amster, Buck’s attorney, told Fox News that he would not comment on the arrest and said he is dealing with the issue. Amster has in the past defended his client and insisted that he did nothing wrong.
In July 2017, a young black man, Gemmel Moore, was found dead of a drug overdose in Buck’s apartment.
An autopsy report said Moore, 26, died of a methamphetamine overdose. He was found naked on a mattress in the living room, which was littered with drug paraphernalia.
Eighteen months later,  55-year-old Timothy Dean also suffered a methamphetamine overdose. Prosecutors didn’t file criminal charges, citing insufficient evidence. Activists, however, called for his arrest.
DEMOCRATIC DONOR ED BUCK SUED BY FAMILY AFTER OVERDOSE DEATH: REPORT
In the most recent incident, Buck allegedly brought the man to his home earlier this month and injected him with methamphetamine. About a week later, the man returned to Buck's home and was injected again and suffered an overdose, according to court documents obtained by KTLA.
Buck is accused of thwarting the man's attempt to get help. The man fled the apartment and reportedly called for help from a nearby gas station. He survived but was treated at a hospital.
Prosecutors are reportedly seeking bail of $4 million. KABC-TV of Los Angeles reported that he faces up to five years and eight months in state prison if convicted.
The Associated Press contributed to this report.
Posted by Max Solbrekken at 2:36 PM