This was Pastor David’s second appearance in court, and there is very little to report in terms of proceedings. Basically, the court postponed the case until October 2nd. Nothing was decided and nothing was discussed.
Justice will be delayed yet longer.
Once again, there was a strong showing of support for Pastor David from the Christian community. Around 100 vocal supporters gathered in and around the courthouse – including several clergy. Some were quite upset. One lady shouted out inside the courthouse, just outside the doors of Pastor David’s courtroom, “Why are you prosecuting the victim?”
After the hearing, Pastor David addressed supporters on the street. He urged the Christian community to stand with him, as what happens in his case will impact the rights and freedoms of every church, every pastor and priest, and every Christian in this country. You can watch a clip from Pastor David’s message here: https://youtu.be/ljFzhQDRcuM.

Pastor David made a number of comments on the prejudice he (and all Christians) are facing in Canada to-day...
Commenting on the proliferation of Gay Pride Flags in the month of June, Pastor David asked, “Would they allow the name of Jesus to fly over our nation for one month?”
He lamented the favouritism shown to the LGBT community by police and government. He noted how LGBT people get to be who they want to be, but “why can’t we, as Christians, be who we want to be – and who we were born to be?” He remarked that we, as Christians, are “born again” and cannot change who we are in Christ, what we believe about Christ, and how we are committed to obey Christ. He urged that our rights as a people group be acknowledged and protected.
Pastor David also announced to his supporters that the Crown is considering adding a second charge against him. Right now, Pastor David stands accused of “disturbing the peace”. But, apparently, the Crown Attorney may also charge him with “mischief”, which makes his supposed crime seem much more serious.
It is absolutely shocking that the Crown, who operates under the auspices of the Doug Ford government, would continue this travesty of justice, let alone add new charges! That is not the type of leadership the people of Ontario voted for last year.
I would encourage you to continue to sign and share our petition to show your support of Pastor David.
I want to also give you a heads up on a planned mass rally that is in the works, which is being organized by Pastor David and key supporters. As soon as I hear about the date and location, I will pass that along so we can join in!
Please sign and share our petition in support of Pastor David Lynn: https://www.citizengo.org/en-ca/pr/171367-christian-mobbed-assaulted-and-arrested-toronto

Yours for Freedom,
David Cooke and the Entire CitizenGO Team 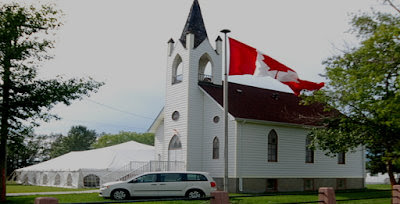 The Gospel Tent is still up and we will continue on August 2, 3 & 4. For ten years I have invited John Krogman from London to visit us, but he was busy in Ontario. Finally, he was able to come. And what a blessing he was the last few days together with Randy Netmaker, Harry & Gladys Rusk and Michelle Peterson!

John Krogman will minister to
the Lord in praise and Worship!
God  gave us some great miracles for which we thank Him. Andre Rivet declared that his very serious COPD which he had for 8 years is gone since July 16. Sharon Wilson has been free from 11 years of constant pain in her back for the past four months since we prayed for her. And Dave Prowsdale has been free pain in his back for  a month. His surgery for December is cancelled!

Bring the sick, suffering and fearful to THIS SPECIAL WEEK-END under the Big Tent on Hiway 623 south of New Sarepta, AB. Gospel singer Mike Hofer, brought many to tears, including Pastor Ben Kellert mayor of  Killam,  with the touching song about a little boy who died and went to Heaven.

Alfred Beaver came to our Tent Meeting in Athabasca last summer hobbling on crutches due to bad knees. After prayer he left his crutches. He returned this summer to give thanks to God for the miracle. He will be baptized on Sunday. 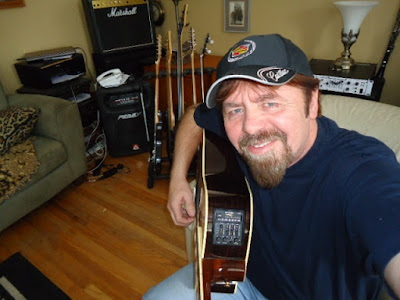 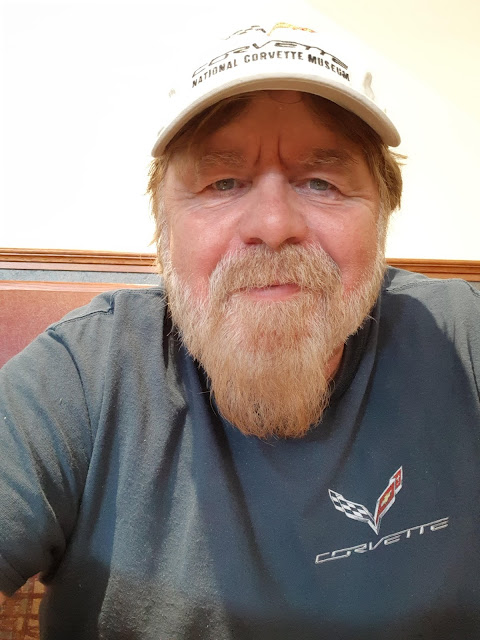 As a successful businessman John has ministered to the poor, lost, sick and suffering with his anointed Gospel Music. He had a strong urge to work together with Pastor Max Solbrekken for some time. Meet him in person a the the House of Prayer Tent Meeting on Friday, Sat. at 7:00 and Sunday at 10:30 & 2:30 AUGUST 2, 3 & 4. 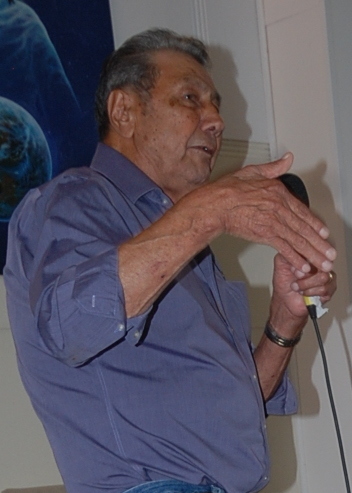 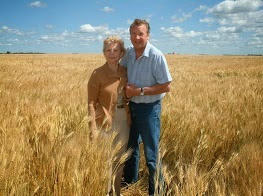 MAX & DONNA SOLBREKKEN
If My people, which are called by My name, shall humble themselves, and pray, and shall seek My face and turn from their wicked ways; then will I hear from Heaven, and will forgive their sin, and heal their land." (2 Chron.7: 14)
Posted by Max Solbrekken at 4:01 PM