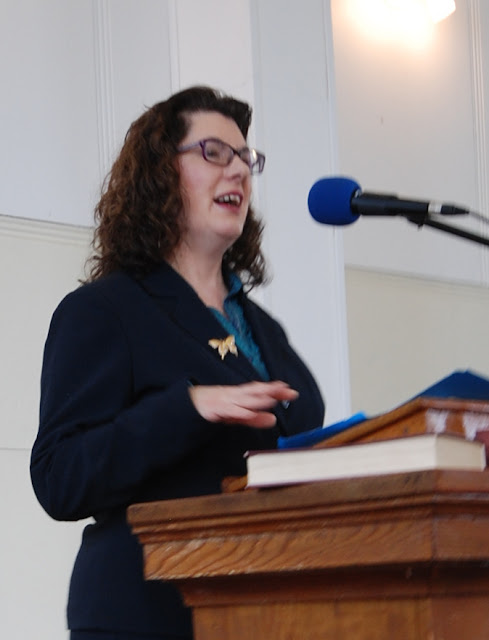 Louise McCarthy at the House of Prayer on Hiway 623, south of New Sarepta, AB

Thank you for your letter!

Louise McCarthy's epilepsy was so severe that it was "off the charts" since a child, under doctor's care constantly. She also got hooked on perscription pills and alcohol. You can imagine how out of control she was with all that.

I believe she was about 21 when she was instantly healed in our Kelowna, BC crusade in 1976. She has all the medical information. It will be 40 years on June 20, 2016 since the evening when she was healed, saved and Jesus appeared to her. He spoke to her of His great for her, something no one had ever told her.

She will be preaching on May 27 & 28 at Christ the Healer Gospel Church in Saskatoon and is as healthy as a fish swimming up stream. All glory to God.

Rev. Claude Wilson of Vancouver, BC had a grand mal epileptic seizure in the 1970s at Radio Kari Blaine, WN while I was producing radio broadcasts. He was instantly healed when I prayed, with no grogginess after the event.
This was witnessed by the announcer who was live on radio when it happened. He immediately put on some music and rushed out to the corridor where Claude was out of control on the floor. I rushed out from the recording room, and as I prayed he immediately sat up and asked what was going on.
I spoke with that announcer recently and asked him if he could remember the event and he said that he most certainly did.
Claude went immediately to his doctor and was cleared to drive and has been driving ever since. He believed his epilepsy was caused by an accident where he injured his head 13 years earlier, that possibly affected a nerve in his head. He had no confirmation about that, however.
May the Lord bless you and grant an answer to your prayers!